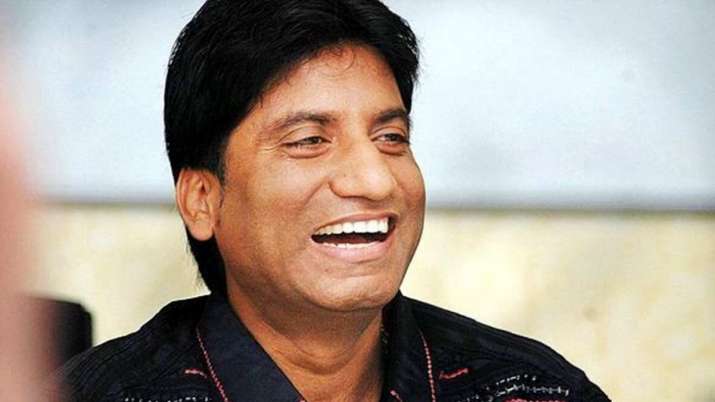 Raju Srivastava Health Update: Comedian Raju Srivastava is admitted to the intensive care unit of AIIMS, Delhi. The 58-year-old has been fighting for his life since August 10 after he suffered a heart attack and collapsed while exercising at a gym. He is still on a ventilator and is recovering “slowly,” famed comedian-actor daughter Antara Srivastava said on Thursday. In a statement on Srivastava’s official Instagram page, Antara said the stand-up artist is “stable”.

“Dear all, my father, Mr. Raju Srivastava Ji, is in stable condition and recovering slowly. Hc is currently on a ventilator.”

Earlier in the day, several media outlets had reported that Srivastava, 58, had regained consciousness 15 days after being admitted to AIIMS’ Intensive Care Unit (ICU) following a heart attack. His personal secretary Garvit Narang informed ANI that his health is improving and that he has regained consciousness.

Antara asked the media and fans of the comedian to only trust statements from the family on his official social media pages and the hospital.

Only statements made by AI IMS Delhi and Raju Ji’s official social media accounts are reliable and genuine. Any other news or statements from anyone else is unreliable. The doctors and their entire team at AIIMS Delhi work hard and diligently. We are grateful to them and all his benefactors. Request all of you to continue your love and prayers for his speedy recovery,” she added.

Srivastava was admitted to the All India Institute of Medical Sciences (AIIMS) on Aug. 10 and underwent angioplasty the same day. He has been on a ventilator ever since.

Last week, amid reports of his deteriorating health, his wife Shikha had said Srivastava is a “fighter” who will come back stronger.

“He is stable. Doctors are treating him well. Raju ji is a fighter and he will come back to be among all of us. We need your prayers and wishes,” Shikha told PTI.

Also read: Allu Arjun Back In Pushpa Look In Viral Photos But It’s Not For The Sequel. Fans react

A well-known face in the entertainment industry since the 1980s, Srivastava rose to fame after participating in the first season of the stand-up comedy show “The Great Indian Laughter Challenge” in 2005.

Srivastava has also been featured in Hindi films such as “Maine Pyar Kiya”, “Baazigar”, the remake of “Bombay to Goa” and “Aamdani Atthani Kharcha Rupaiya”. He is the President of Film Development Council Uttar Pradesh.