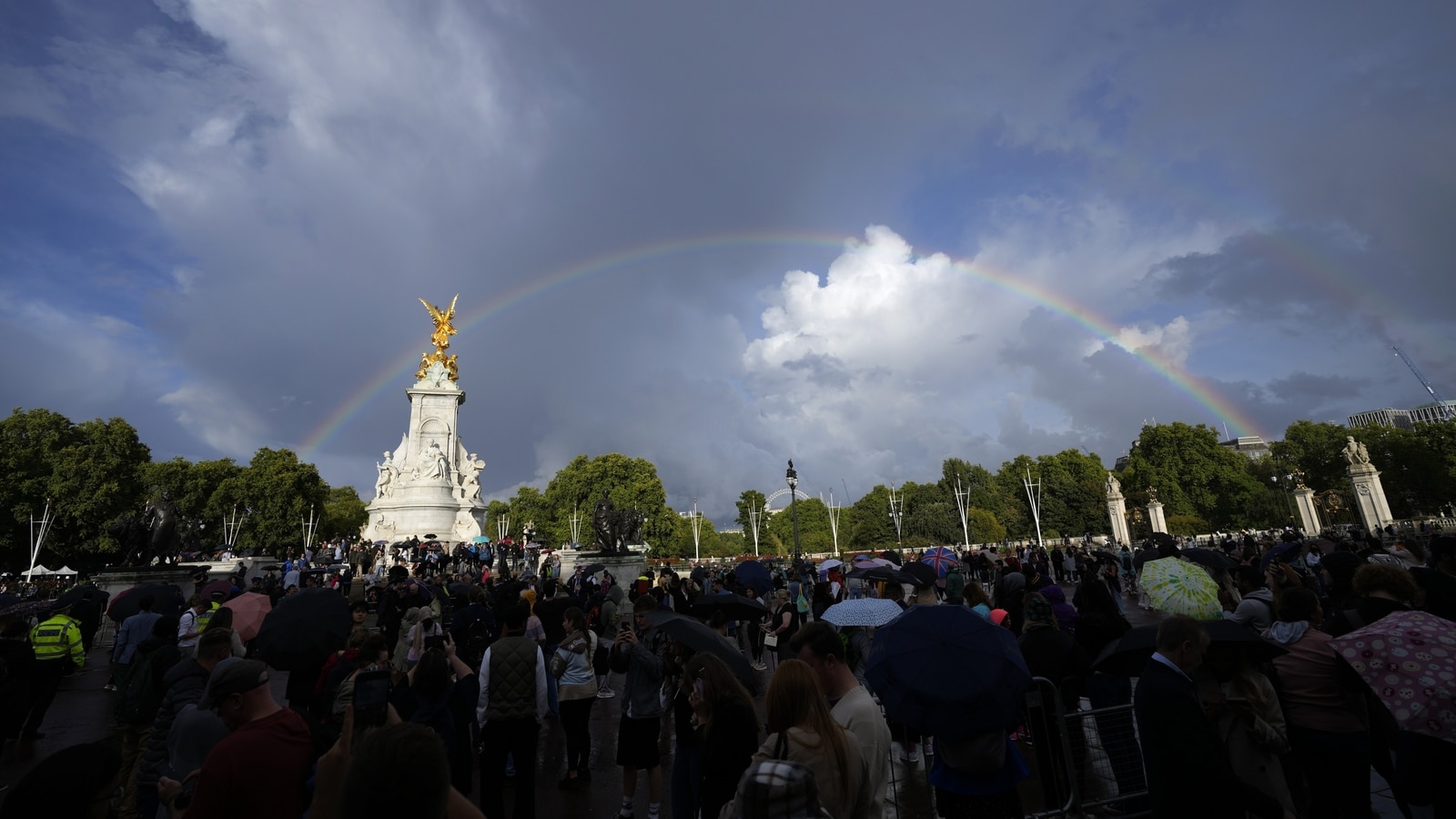 Hundreds of people gathered outside Buckingham Palace shortly after the announcement of Queen Elizabeth II’s death was made. Braving the torrential rain, these people began to gather outside the palace gates when it was announced that doctors had placed her under medical supervision. A rainbow had appeared just before the announcement, and another appeared shortly after the Queen’s death when the flag was lowered at her residence at Windsor Castle outside London, AFP reported.

Videos and images shared by foreign agencies show people bursting into tears and singing a desolate “God Save the Queen” as news of her death spread.

Also read | Elizabeth, the queen who went along with a changing world

The news, in fact, spread quickly, including a train from London to Edinburgh, Scotland, AFP reported.

The whole country began to pay tribute to their late monarch. The AFP report added that drivers of London’s famous black cabs lined the Mall – the street leading to the palace, in tribute to Queen Elizabeth II. Meanwhile, Piccadilly Circus’s neon lights glowed with a photo of Britain’s longest-serving deceased monarch.

Sporting events also intervened with supporters of the West Ham football club in the English Premier League spontaneously breaking out in a rendition of “God Save the Queen” before their European League match started. Manchester United fans, on the other hand, observed a minute of silence before their match.

The death of Queen Elizabeth II sparked condolences from all over the world. World leaders such as US President Joe Biden and First Lady Jill Biden, Canadian Prime Minister Justin Trudeau, EU chief Ursula Von Der Leyen and Russian President Vladimir Putin, among others, paid tribute to the late monarch.

The death of Queen Elizabeth II immediately made her eldest son – Charles – the new king of Great Britain. Royal officials have confirmed that he will be known as King Charles III.

In a statement from the new king, he called the passing of his “beloved mother” a “moment of greatest sorrow” for him and all members of the royal family.

(With input from Reuters, The Associated Press)