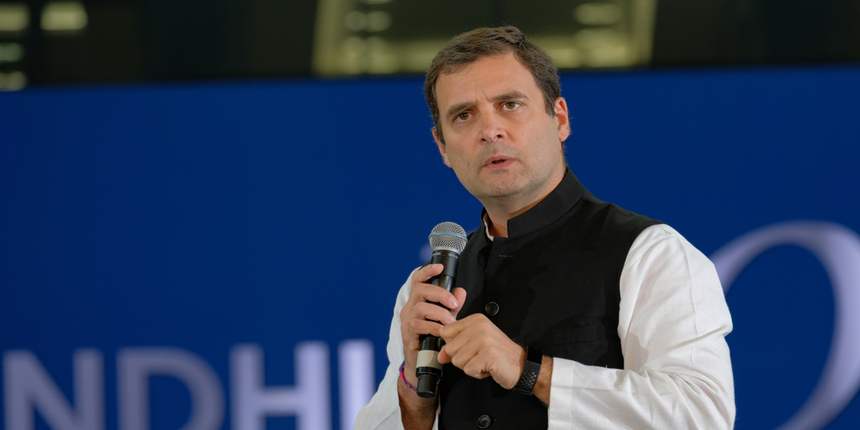 While Congress Bharat Jodo Yatra stopped in a village in Bundi for lunch on Saturday, Rahul Gandhi interacted with more than 30 students taking free IIT-NEET coaching classes under the Mukhyamantari Anuprati program of the Rajasthan government . The nearly 45-minute interactive session in Arneta involved 33 students who were enrolled in three different coaching institutes in the city of Kota under the program for the disadvantaged and economically weaker sections.

Prime Minister Ashok Gehlot, Congress Leader Jairam Ramesh and PCC Chief Govind Singh Dotasra also attended. Durgesh Vaishnav, a NEET aspirant from Sawai Madhopur district, told Mr. Gandhi that his native village of Sumanpura in Khandar tehsil had only one government secondary school and that most of the girls could not continue their studies because of this. On his interaction with Mr. Gandhi, Vaishnav later said, “After Rahul-ji listened to my concerns, he looked to Chief Minister Gehlot, who assured that he would immediately upgrade the secondary school to upper secondary.” He said it would be a relief to girls around him and was pleased with Mr Gandhi’s immediate positive response.

“Rahul-ji is so simple and humble that I didn’t feel like I was talking to such a big personality,” the student added. IIT aspirant Khushi Meghwal, a class 11 student, said, “When I told Rahul Gandhi about my passion for Taekwondo, he said he was a martial artist himself. He also said that he would arrange for me to enroll in a nearby Taekwondo academy.” Khushi Meghwal added that Rahul Gandhi, in addition to her concerns about the cancellation of several government scholarship exams, assured her of an investigation into it. The congress leader called the existing education system in the country a “selection system,” said a faculty member of one of the coaching institutes where the students study.

“Speaking to the students, Rahul Gandhi said that the education system in the country is actually a selection system. He said that education teaches to ask questions, but the existing system teaches how to get selected in exams,” the faculty member added. The yatra started on September 7 from Kanyakumari in Tamil Nadu and has so far covered the five southern states of Tamil Nadu, Kerala, Andhra Pradesh, Karnataka and Telangana, and then passed through Maharashtra and Madhya Pradesh. It will end in Jammu and Kashmir in early February 2023 and will cover 3,570 km in 150 days.