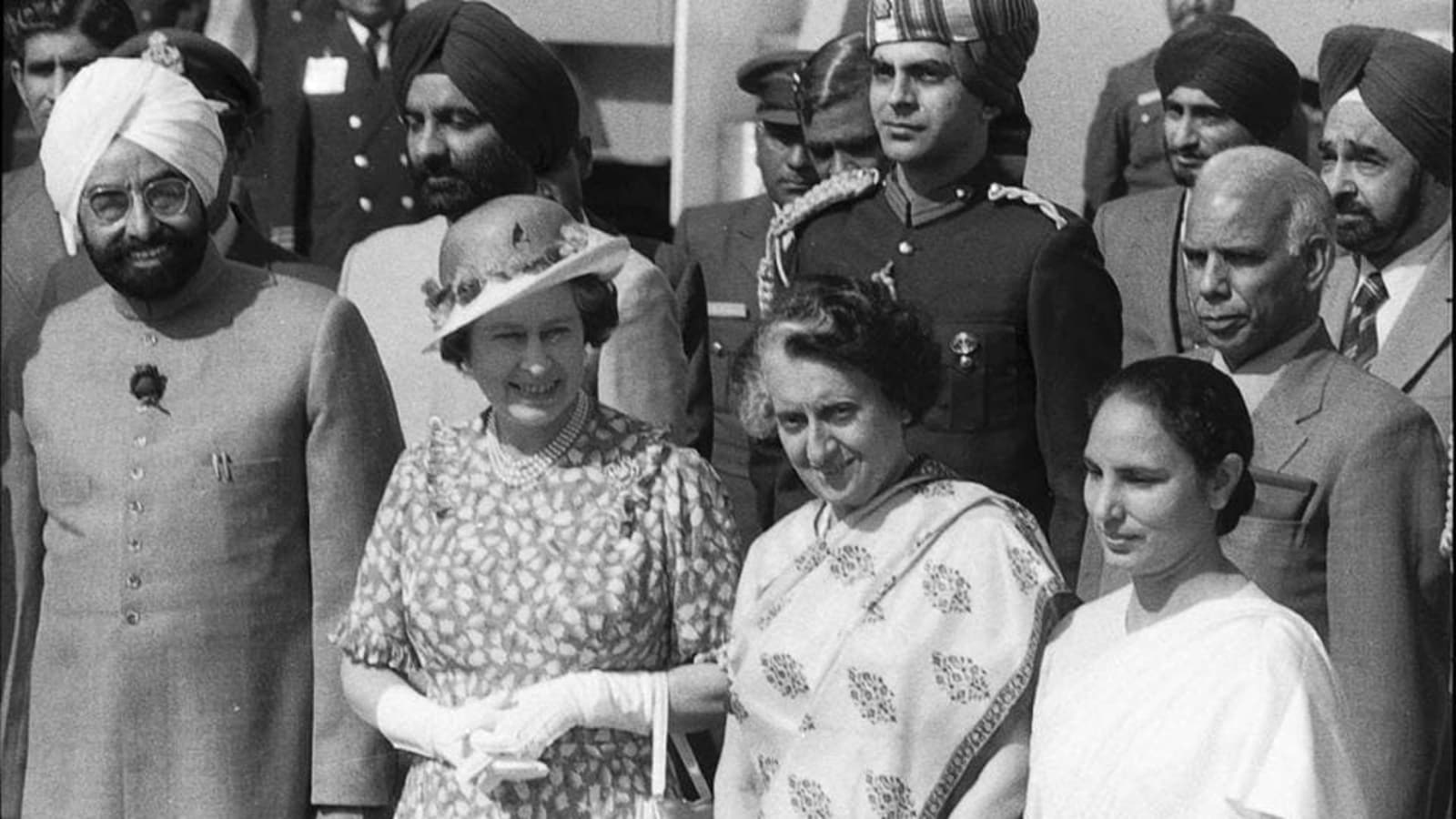 Queen Elizabeth II, who died Thursday at the age of 96, had been on three state visits to India after she took the throne in 1952. The late Queen cherished the “warmth and hospitality” she received from the country during the visits during her reign. (Read also | ‘Up Unicorn’ or ‘London Bridge is down’? Funeral Plan of Queen Elizabeth II)

“The warmth and hospitality of the Indian people and the richness and diversity of India itself are an inspiration to all of us,” she said in one of her speeches.

Her first state visit as Sovereign of Great Britain was in 1961 when, accompanied by her husband, the late Prince Phillip, she toured Mumbai, Chennai and Kolkata and visited the Taj Mahal in Agra. She also paid tribute to Mahatma Gandhi at Raj Ghat in New Delhi.

Dressed in a signature fur coat and hat, the Queen addressed a huge crowd on a crowded Ramlila ground in Delhi. The royal couple were in India at the invitation of the then President, Dr. Rajendra Prasad, as guests of honor at the Republic Day Parade.

On her second visit, she famously presented Mother Teresa with an honorary Order of Merit. Her third and final visit was significant as it was the first time she referred to ‘difficult episodes’ in colonial history, most notably the massacre at Jallianwala Bagh.

“It is no secret that there have been some difficult episodes in our past. Jallianwala Bagh is a poignant example,” noted the monarch in her banquet address.

The Queen and her husband later visited the site of the massacre to lay a wreath at the memorial.

Over the years, the longest-reigning sovereign has hosted three Indian presidents: Dr. Radhakrishnan in 1963, R. Venkataraman in 1990 and Pratibha Patil in 2009.

“Britain and India have a long history which today is a great strength in building a new partnership fit for this new century,” the Queen said in her state banking address to President Patil at Buckingham Palace.

“Nearly 2 million of our own citizens are connected by ancestry and enduring family ties to India. They represent one of the UK’s most dynamic and successful communities… relations between our two countries are built on strong and deep foundations and are fair for the 21st century,” she added.

Prime Minister Narendra Modi expressed her condolences on her death, calling the Queen “a hero of our time”. PM Modi praised her inspiring leadership for her nation and people and said she was the personification of dignity and decency in public life. He also recalled his memorable encounters during his visits to Britain in 2015 and 2018.

“I will never forget her warmth and kindness. At one of the meetings, she showed me the handkerchief Mahatma Gandhi had given her at her wedding. I will always cherish that gesture,” he tweeted.