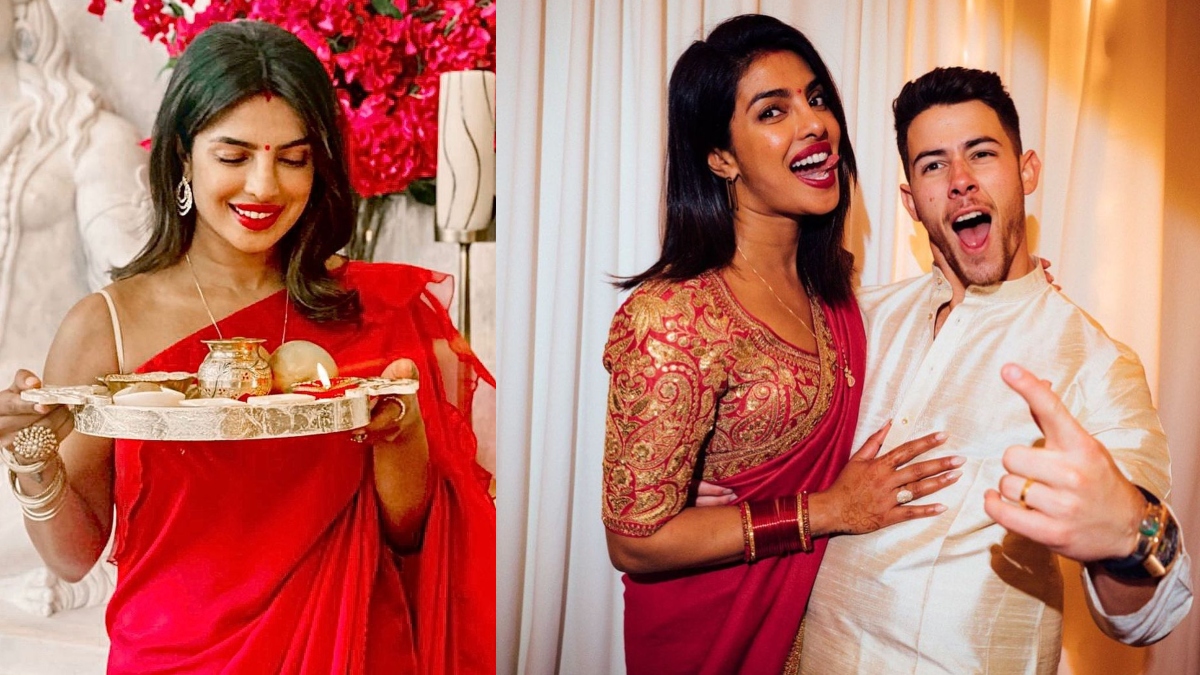 Priyanka Chopra also celebrated Karwa Chauth exuberantly this year. The world star wore the traditional red chuda and, for the occasion, wrote Nick Jonas’ initials on her palm in mehendi. She also posted a photo of the same. While the actress didn’t reveal her full look for the festival, she did give her 83 million followers Instagram family a close-up look at the festivities.

On her Instagram story, the ‘Bajirao Mastani’ actor shared a photo showing off her mehendi and chooda. In the photo, Priyanka was seen with a sieve in hand and wearing a red sari that she accessorized with red and white choada style bracelets. She shared the photo, writing: “Happy karwachauth to everyone celebrating @nickjonas.” 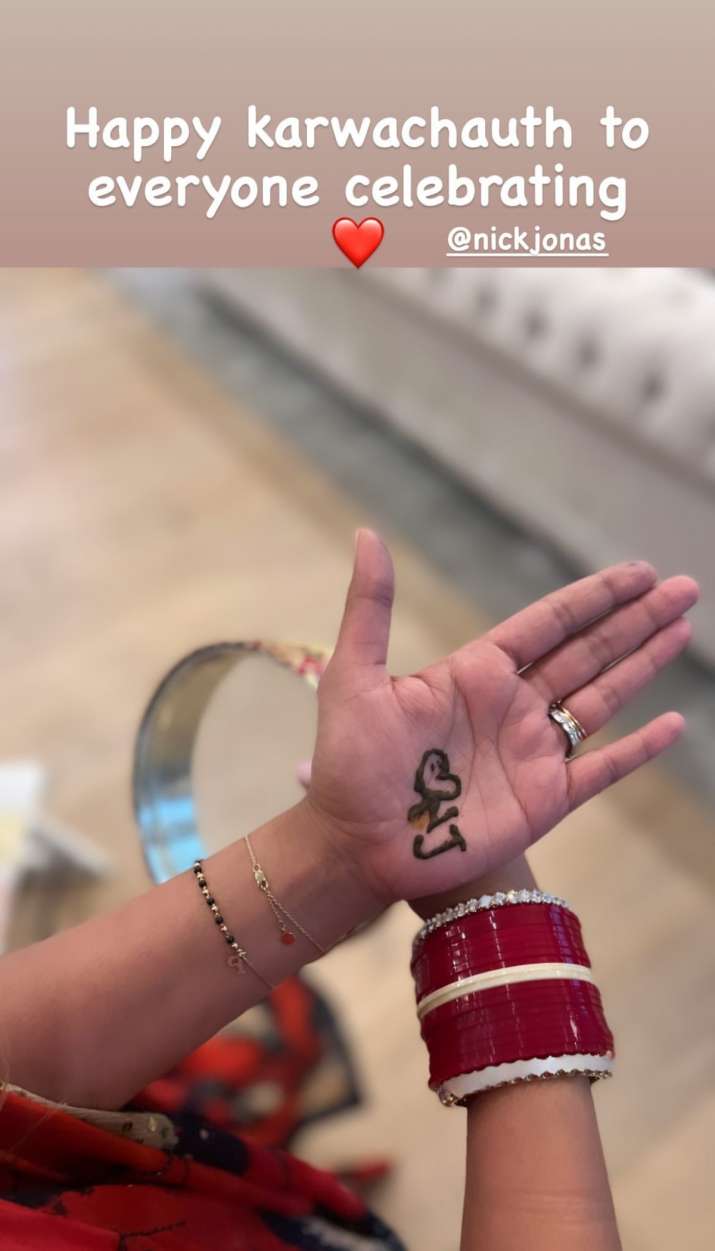 Priyanka has been celebrating Karwa Chauth since she married Nick Jonas. The actress also posts photos of the festivities. Check out PeeCee and Nick’s Karwa Chauth photos from past years:

Priyanka and singer Nick Jonas were married on December 1 and 2, 2018 in a Christian and Hindu ceremony at the Umaid Bhawan Palace in Jodhpur. Later, the couple also hosted two receptions in Delhi and Mumbai. In January 2022, the two announced that they welcomed daughter Malti Marie via surrogacy.

Meanwhile, on the work front, Priyanka will be featured in international projects such as “It’s All Coming Back To Me” and the “Citadel” series. Produced by Russo Brothers, ‘Citadel’ will hit the OTT on Prime Video. The upcoming sci-fi drama series is directed by Patrick Morgan and stars Richard Madden alongside Priyanka. In Bollywood, she will star with Alia Bhatt and Katrina Kaif in Farhan Akhtar’s ‘Jee Le Zaraa’, which promises to be another friendship story following the lineage of ‘Dil Chahta Hai’ and ‘Zindagi Na Milegi Dobara’, both of which have become cult classics over the years. ‘Jee Le Zaraa’ is reportedly hitting the floor around September 2022 and will be ready for release in the summer of 2023.