Priyanka Chopra, Nick Jonas fly off to mystery destination for his birthday | Bollywood 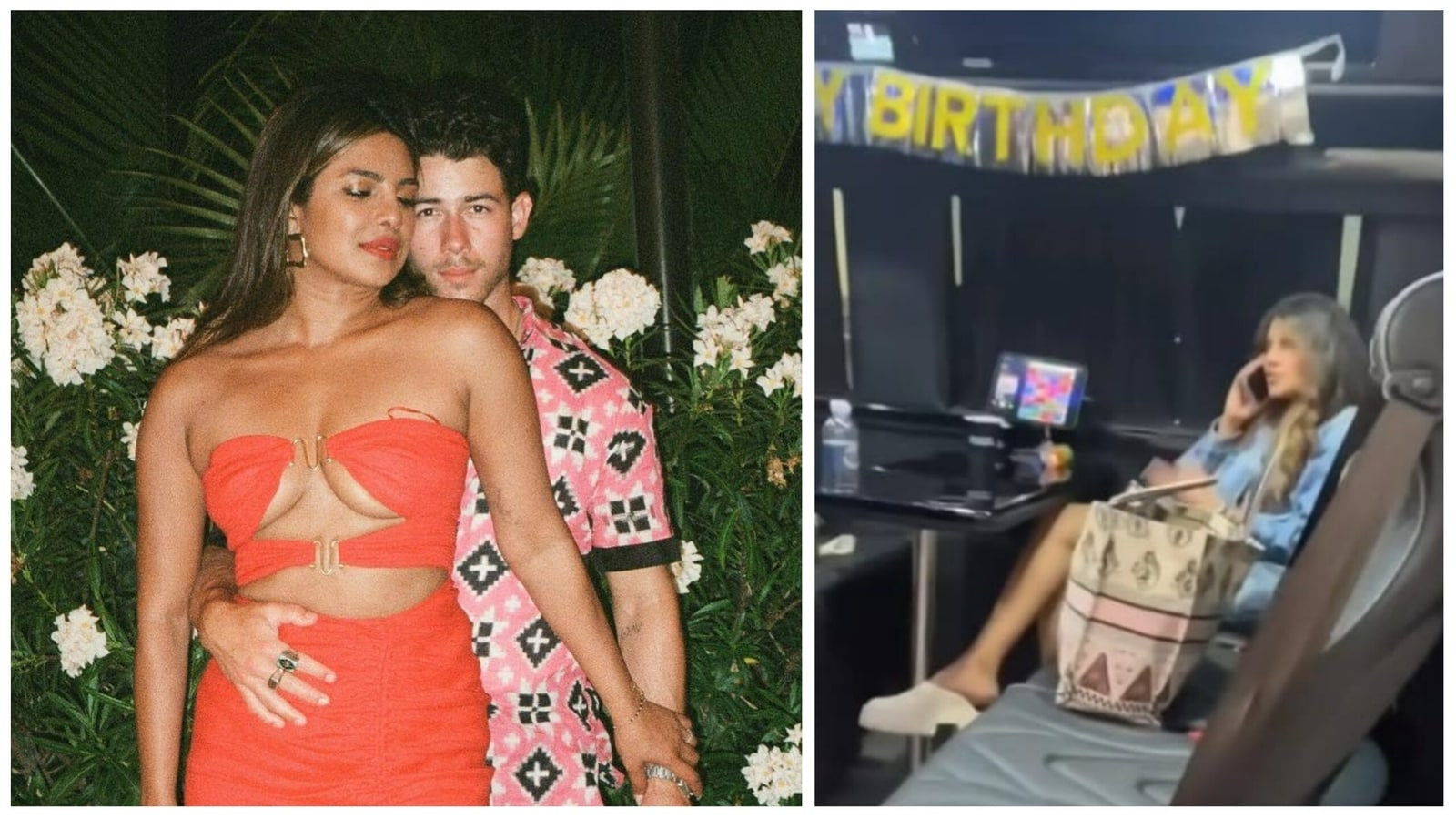 Nick Jonas turns 30 on Friday, September 16, and it looks like Priyanka Chopra has something big planned for the singer’s birthday. In a new video that Nick posted to social media on the eve of his birthday, the two can be seen aboard a private jet. Priyanka also shared a photo on her handle ahead of the celebrations. However, neither revealed their destination, sparking some speculation among fans. Also read: Priyanka Chopra shares photos with Parineeti Chopra and Malti Marie

Nick Jonas posted a video from a runway on his Instagram on Thursday. He can be seen approaching a plane with the camera pointed at him. When he reaches the plane, he moves the camera away from him, revealing that it is a private jet. We also get a glimpse of Priyanka inside talking on the phone. The brief glimpse also reveals that the plane is decorated for celebrations with a ‘Happy Birthday’ banner hanging as well. Nick then moved the camera back to himself and made a face. He captioned the post, “Here we go… #30.”

Previously, Priyanka had posted a photo on her Instagram Stories about Nick’s birthday celebrations. The photo included a drink in a glass with some ice and a custom plaque that read ‘NJ 30’, denoting Nick’s 30th. “Okay, it’s that time,” Priyanka wrote next to the photo, tagging Nick in it.

Fans began speculating about Nick’s photo as to what their destiny might be. “I really want to know what she has planned for him. It seems big,” wrote one fan. Another commented, “Looks like the Jonases are going to party hard.” Looks like some big parties with friends and family are planned. Priyanka’s friend and socialite Natasha Poonawalla responded to the post: “Sad to have missed it. Happy Birthday Niek.”

Nick and Priyanka married in December 2018 in a grand ceremony at the Umaid Bhawan Palace in Jodhpur, after seven months of dating. In January 2022, the couple welcomed their first child – daughter Malti Marie – via surrogacy.