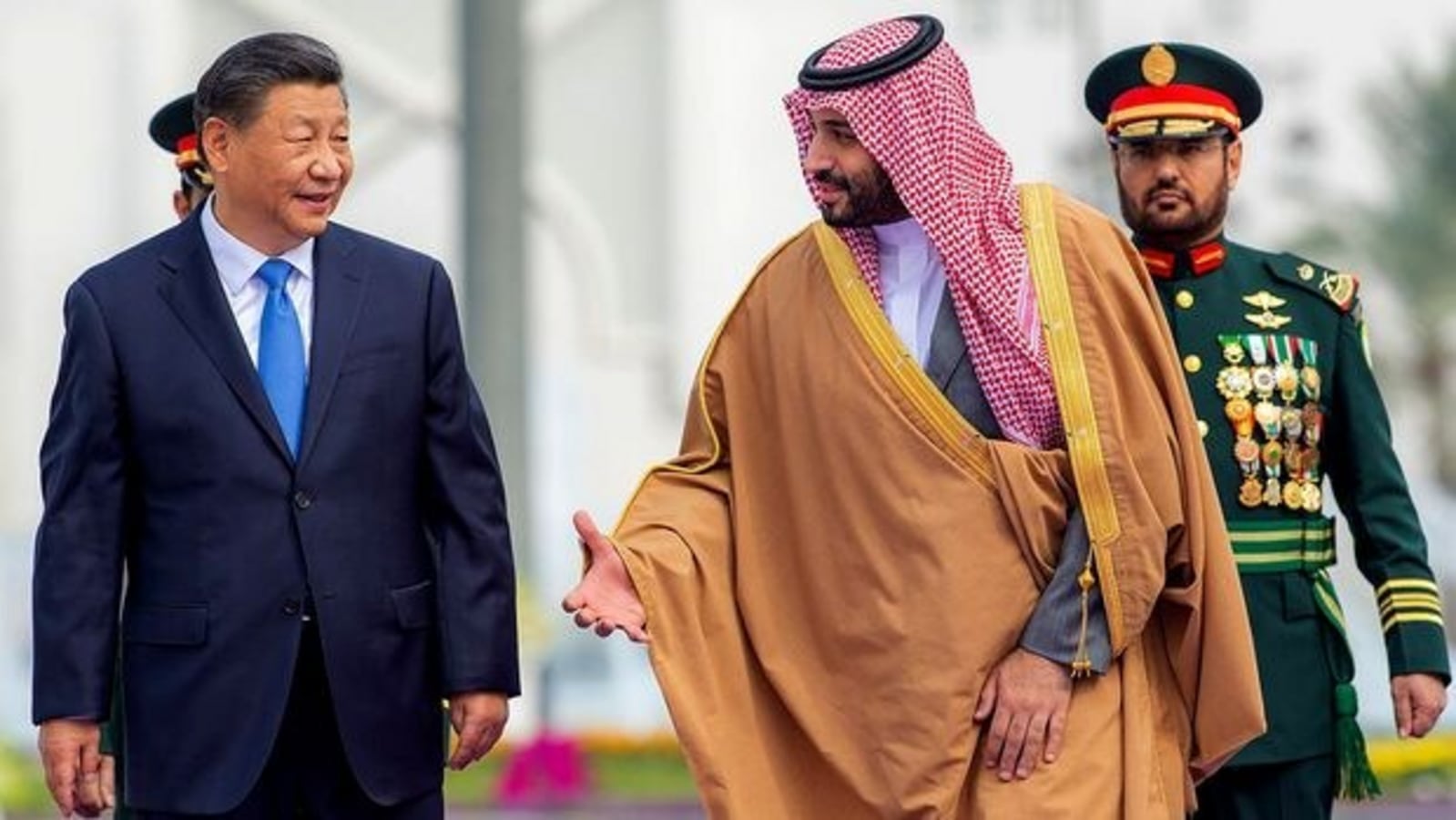 President Xi Jinping’s four-day visit to oil-rich Saudi Arabia, attended by virtually all Middle Eastern rulers, as part of the GCC and Arab summit at the time, sent a message to the US and its allies that China increasingly the alternative pole in an unstable world. Clearly, Saudi Crown Prince Mohammed bin Salman portrayed President Xi’s four-day visit to the oil-rich kingdom as a return to his troubled relationship with US President Joe Biden over the 2018 assassination of journalist Jamal Khashoggi. for their part, do not question China about its treatment of Sunni Muslims in the troubled province of Xinjiang.

The lineup to meet President Xi included Bahraini King Hamad, Qatar Emir Sheikh Tamin, Fujairah, UAE Ruler Sheikh Hamad bin Mohammed, Kuwaiti Crown Prince Sheikh Meshal Al Sabah and Deputy Prime Minister of Oman Sayyid Fahd Al Said for the China- GCC Summit. Other Middle Eastern leaders who participated in the China-Arab Summit included: Egyptian President Abdel Fatah El Sisi, the head of the Sovereign Council of the Sudan, General Abdel Fattah Al Burhan, Palestinian President Mahmoud Abbas and Iraqi Prime Minister Mohamed Shia Al Sudani. The message from Saudi Arabia was that the world’s largest oil exporter was the leader of the Sunni Muslim world and had the backing of the world’s largest oil importer China and the two were more than willing to do business as a first step towards future military cooperation. The elaborate show with all its pomp and circumstance was also a signal from Riyadh that Washington was no longer the sole arbiter of the oil-rich Middle East and China had arrived.

While President Xi’s visit to Saudi Arabia and the red carpet treatment have sent shock signals in Europe and the US, the hand-in-hand of Crown Prince Mohammed bin Salman and his once-arch-rival Sheikh Tamin was a highlight of the show with MBS World Cup Opening and the last at the China-GCC Summit. Saudi Arabia, the UAE, Egypt and Bahrain had cut ties with Qatar in 2017 over links to the Muslim Brotherhood and support for terrorism. The tapes were restored in January 2021 by order of the US. President Xi’s meeting with all key leaders of the Sunni world at once will also reinforce his perceived beleaguered status in his own country.

While the oil trade between Saudi Arabia and China in Yuan is still developing, one of the agreements involves a leading Saudi renewable energy company, Acwa Power, and the Industrial and Commercial Bank of China Ltd, the largest commercial bank of China, which is a direct participant in CIPS, the Chinese version of SWIFT, indicating deep financial cooperation between the two authoritarian states. SWIFT is the worldwide system in Belgium that allows banks to transfer money in a completely secure way.

The deepening of cooperation between the Middle East and China is not only a lesson for the US, but should also be a concern for India given the ongoing military friction between the two neighboring countries. Increasing China’s footprint in the Indian Ocean will further complicate matters for India as Beijing expands its Belt Road Initiative to the Middle East without taking moral feats, unlike the US, on human rights.

With the perceived global influence of the US taking a hit after the Taliban drove them out of Kabul on August 15, 2021, Middle East leaders have become more assertive and resentful of outside interference in their affairs. For example, the UAE, one of the major players in the Sunni world, was forced to halt construction work at the port of Khalifa last year after the US discovered that China was secretly building a military facility under the guise of commercial activity. However, to say that the Middle East has gone the Chinese way is also more than interpretation, as the leaders in these countries tend to play one side against the other for their own benefit and national interests.

President Xi’s visit to Saudi Arabia is a wake-up call for QUAD to turn the discussions on the ground into reality and for India to strengthen partnerships from the South China Sea to the Gulf of Aden or else endangering the security of the Indian Ocean.