Political Slugfest: After Akhilesh’s ‘offer’ to Maurya, BJP says: “SP MLAs in touch with us” 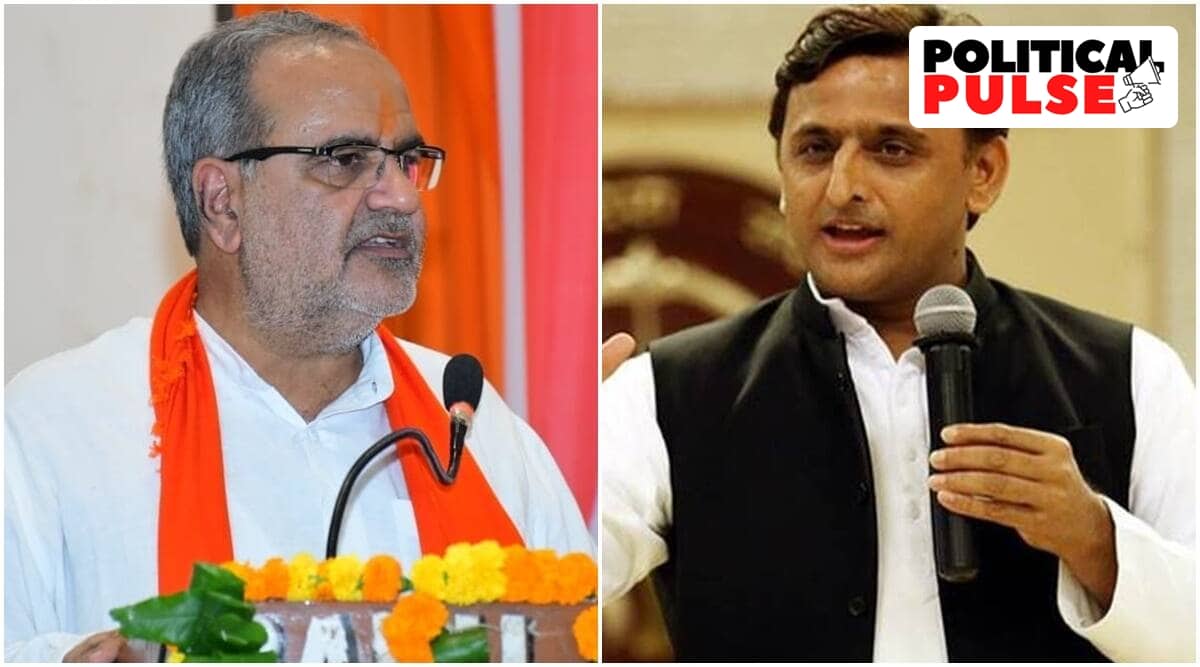 In a tweet on Wednesday, Chaudhary said Keshav Prasad Maurya was committed to the BJP’s ideology. “Keshav ji is a certified worker of the party’s organization and committed to the ideology of the BJP. He will always be with us, he is not a leader who falls for selfishness…” Chaudhary tweeted.

“Akhilesh Yadav should be concerned about his alliance, his family, his party and his MLAs because his MLAs are in touch with us,” he said in another tweet.

Deputy Chief Minister Maurya also took a swipe at the SP chief, calling him “frustrated”. “I think out of his 111 MLAs, only 10 or 11 would be with him and the rest want to move to the BJP and other parties. He can’t manage to keep his MLAs with him,” Maurya told ABP on Wednesday. news.

“His hatred for me was seen in Vidhan Sabha when he abused my father. No political leader does that… He will stay away from power for at least 25 years,” added Maurya.

Maurya referred to their altercation on the floor of the Assembly in May this year, where they made personal comments to each other.

Maurya also said there was no strength in Yadav’s claims and that the BJP needed no one’s support. “Our allies are with us… he must keep his MLAs. They are all ready to join the BJP,” he added.

See also  KRK gets bail in derogatory tweets case, to walk out of Thane jail today

In an interview with ABP Nieuws, Akhilesh called Maurya a “weak person” on Tuesday. “Onhone sapna tot dekha tha mukhya mantri banne ka. Aaj bhi le aayen 100 vidhayak. Bihar se udahran le na wo. Jo Bihar me hua wo UP me kyun nahi karte hain. Agar unme himmat hai aur aur unke saath agar vidhayak hain…ek baar to bata rahe they wo ki unke pas 100 se jyada vidhayak hain. To aaj bhi vidhayak le aayen, samajwadi party samarthan kar degi unka.” (He had dreamed of becoming the prime minister. He should go along with 100 MLAs. He should take Bihar’s example. What happened in Bihar, why can’t he do that in UP? If he has the courage and MLAs are with him, he should bring the MLAs today, Samajwadi party will support him.

When asked about Akhilesh’s “offer” to Maurya, SP spokesman Rajendra Chaudhary said: “The party chairman was trying to send a message that backwards are being sidelined in the BJP government and that he (Maurya) is unwanted there.”

In the 2022 Legislative Assembly polls, the SP won 111 seats and its ally Rashtriya Lok Dal (RLD) eight. The two other alliance partners – Suheldev Bharatiya Samaj Party with six MLAs and Pragatisheel Samajwadi Party-Lohia with one MLA – have since split up. The BJP won 255 seats and its two allies won 18 seats.