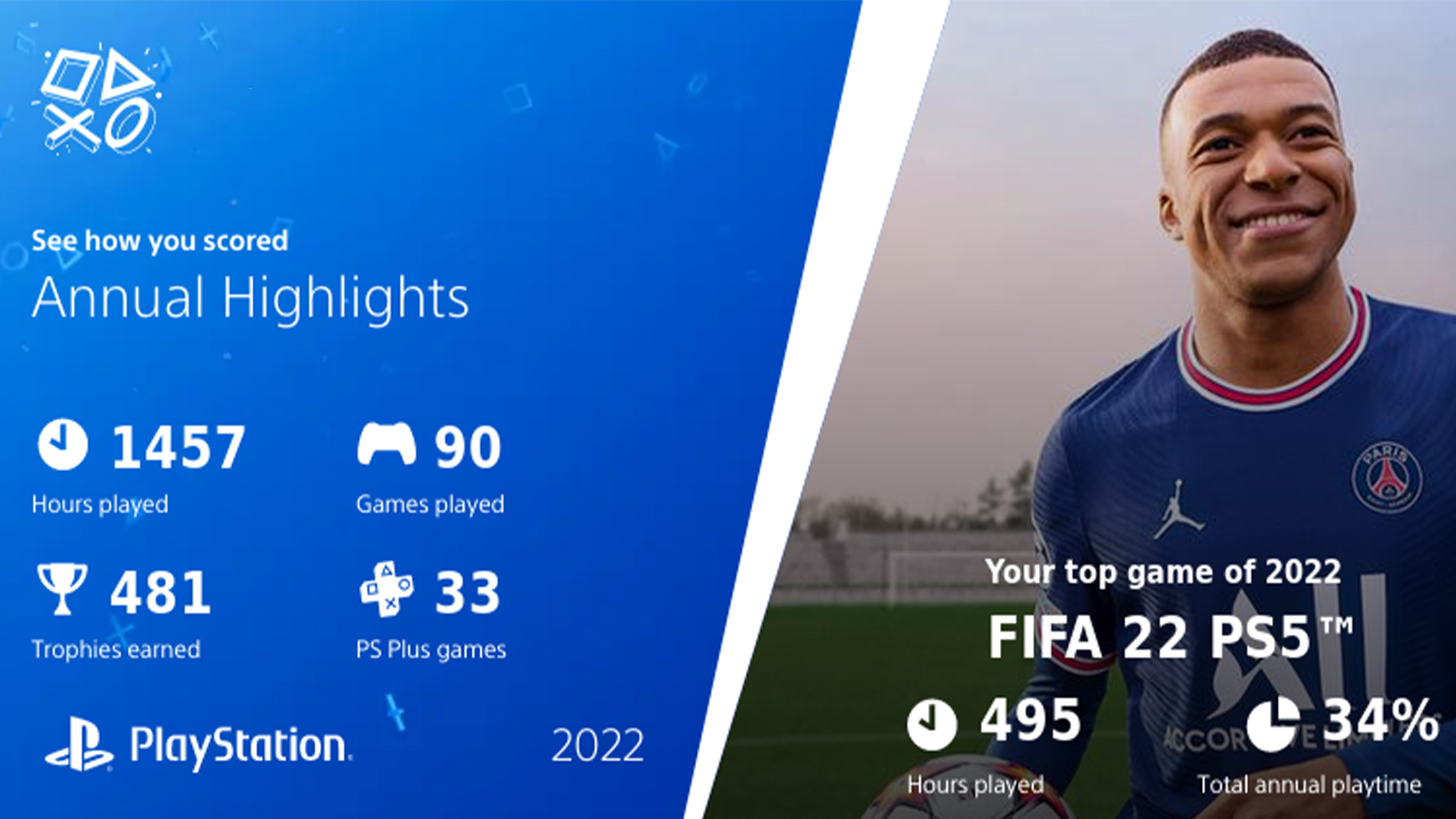 PlayStation Wrap-Up 2022 has launched, allowing players to see their most played games of the year, as well as other stats about their year on PlayStation.

Players can visit PlayStation Wrap-Up 2022, although the site is experiencing issues due to demand at the time of publishing.

Hours played, trophies earned and more stats can be found for each player. It’s worth noting that all these stats, apart from how many PlayStation Plus titles a player has claimed, can already be found in the profile section of the PlayStation 5.

The website follows Spotify Wrapped and Apple Music Replay, which compile users’ most-listened-to music into easily shareable images, which are popular on social media every December.

Players who complete the PlayStation Wrap-Up will receive a code for an Astro-Bot PSN profile picture.

PlayStation’s biggest releases of the year are God of War: Ragnarök, The Last of Us Part 1 and Horizon Forbidden West.

The Last of Us Part 1 is due out on PC in March following its PS5 release earlier this year.

Sony recently claimed that God of War: Ragnarök is the fastest-selling first-party game in PlayStation history.

VGC’s God of War Ragnarök review labeled it one of the best PlayStation games ever.

“God of War Ragnarök is an incredibly special game,” we wrote. “It is vital in a sense for few releases. With captivating performances that bring an amazing story to a stunning final act, it’s a game that achieves everything it sets out to do to the absolute highest standard.