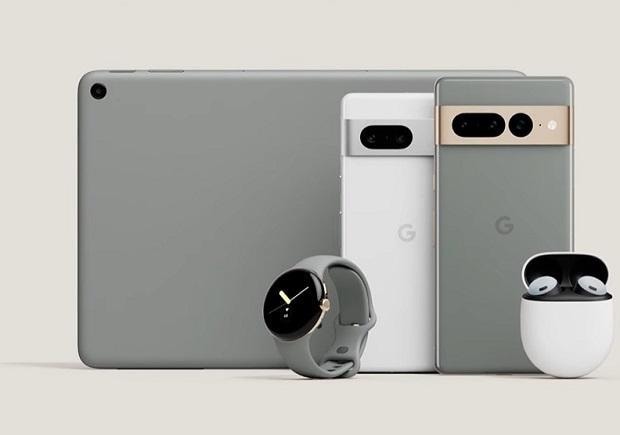 In pre-orders, Flipkart is offering the Pixel Buds A-Series and the Fitbit Inspire2 at a discounted price of Rs 5,999 and Rs 4,999 respectively. Like the Google cashback offer, the bundled offer is available for a limited time. It can be used through coupons that are only enabled after the Pixel 7 and Pixel 7 Pro ships, according to Flipkart.

Powered by Google’s Tensor G2 processor, the Pixel 7 sports a 6.3-inch fullHD+ resolution display with a 90Hz refresh rate. It has a dual camera setup on the back, with a 50-megapixel primary camera sensor and a 12-megapixel ultra-wide-angle camera that doubles as a macro camera. On the front, the phone has a 10.8MP ultra-wide angle camera. The smartphone comes in an 8GB+128GB configuration with Obsidian, Lemongrass and Snow colors.

The phone is IP68 certified for protection against water and dust. It is powered by a 4,355 mAh battery, supported by 30W fast charging and up to 20W wireless charging. The Pixel 7 has a matte aluminum frame and horizontal camera bar. Other features include facial recognition and fingerprint scanner for screen unlock, Bluetooth 5.2, audio message transcription, facial blur, cinematic blur and magic eraser.

The Pixel 7 Pro has a 6.7-inch LTPO AMOLED display with an adaptive refresh rate of 120 Hz. Powered by a Tensor G2 processor, the smartphone comes in 12 GB RAM and 128 GB storage configuration. It features a triple camera system on the back, with a 50MP primary sensor, 12MP ultra-wide-angle sensor and a 5x optical zoom telephoto lens. On the front, the phone has a 10.8 MP wide-angle camera. It boots the Android 13 operating system. It has an IP68 rating for protection against water and dust.

The phone has a polished aluminum frame and a horizontal camera bar. It is available in the colors obsidian, snow and hazel. It is powered by a 5,000mAh battery with support for 30W fast wired charging and 23W wireless charging.

Google’s first smartphone, the Pixel Watch, is made from recycled aluminum. It has a circular domed design with a tactile crown and side button. The smartwatch boots up WearOS 3.5 with built-in Google Assistant for voice control. It has integrated Fitbit’s health and fitness features such as an EKG app, sleep monitoring and built-in GPS. Google offers six months of free Fitbit premium subscription with the watch. However, the Pixel Watch is not yet available in India.

At the event, Google unveiled the Pixel tablet in addition to the Pixel 7 series and Pixel Watch. The tablet will be powered by a Tensor G2 processor in 2023, as confirmed by the company. It comes with features like split screen, video calling, hands-free assistant and photo editing. The Pixel tablet supports a charging speaker dock – a magnetic charging stand with a built-in speaker. Google said that standard Pixel tablet owners will be able to charge their tablet and also use it to listen to music, watch videos, etc.