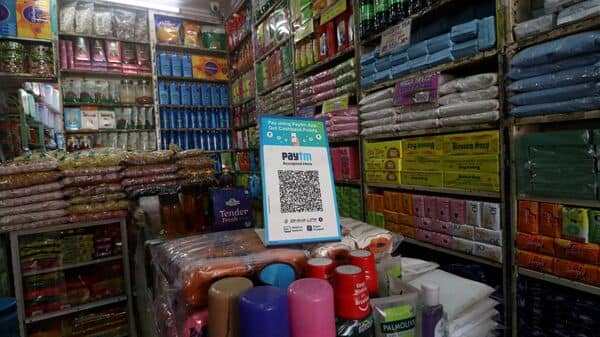 Shares of the digital payments giant fell more than 11% in Mumbai, to hit the lowest level since the company’s stock market debut in November last year. Shares of Paytm traded 9.23% lower €487.45 each on the NSE in today’s afternoon deals.

The stock has fallen as much as 75% from its listing price as Paytm’s losses widened and SoftBank Group Corp cut its stake in the platform. In the past 7 days, the stock is down 23%.

Recently, RIL announced it would spin off its financial services business and change its name to Jio Financial Services. JFS could become India’s fifth-largest financial services company in terms of net worth behind its HDFC twins, SBI, ICICI Bank and Axis Bank, a report from Macquarie analysts suggested.

Macquarie analysts believe that RIL already has a license for a non-bank financial company, which it can use to launch consumer and merchant lending at scale. The analysts are aiming €450 on Paytm with an underperform rating.

The warning comes after RIL said it would spin off and list its financial services unit to bolster its presence in consumer businesses. This presents a new challenge for Paytm, which has struggled since last year’s $2.3 billion IPO, one of India’s largest-ever offerings.

At the beginning of November, the lock-in period expired for the pre-offer investors who had invested in Paytm, which was listed on the stock exchanges in November 2021.

SVF India is a subsidiary of SoftBank.

SoftBank is the second largest shareholder with a 17.45% stake in the company.

Following the transaction, SoftBank’s shareholding will decrease to 12.95%, versus a 17.45% stake in the digital payments giant.

With input from agencies