OTT Movies and Web Shows to watch this weekend (Sept 16): Jogi, Dahan and others on Netflix, Prime Video 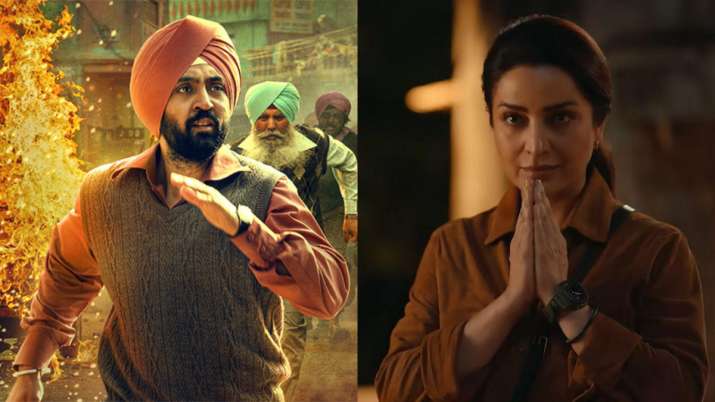 OTT movies and web shows to watch this weekend (September 16): From Diljit Dosanjh exploring the agony of the Sikh community in the national capital after Gandhi’s assassination in 1984 with his film Jogi on Netflix to Tisca Chopra on a mission to combat ancient superstitions with the web show Dahan on Disney Plus Hotstar , the OTT is packed with interesting movies and web shows this week. Do you feel like binge-watching these titles?

Set during the 1984 anti-Sikh massacre, Diljit Dosanjh actor Jogi has been long awaited by fans since its announcement. The film revolves around the time when violence broke out in Delhi and other parts of the country after former Prime Minister Indira Gandhi was assassinated by her Sikh bodyguards on October 31, 1984. More than 3,000 Sikhs were murdered across India. Most were killed in Delhi.

A dark tale of myth and superstition, Dahan touches society, its beliefs and challenges its characters to face their deepest and darkest fears. It stars Tisca Chopra as an IAS officer. The show kicks off when a mining expedition threatens the village with a fabled temple that legend says can unleash a deadly curse when harmed. But Tisca’s character of the IAS officer goes on a mission to combat the age-old superstition that shrouds the village with mysterious murders and disappearances.

Starring academy winner Mel Gibson as a retired detective, alongside Emile Hirsch and Kate Bosworth, The Force of Nature is a riveting action thriller that pits a team of a plucky police officer, a doctor and a retired detective against a deadly band of thieves. , who plan to carry out a heist during a hurricane. Watch as they take on this challenge and escape the city alive before the entire city is submerged.

Ramarao On Duty, starring Ravi Teja, is the story of an honest government official who fights against the red sandalwood mafia. It is set against the backdrop of 1995 and also stars Divyansha Kaushik, Rajisha Vijayan and Venu Thottempudi.

Johnny vs Amber: The US Trial

It is a two-part documentary from two polarized perspectives, examining one of the most public and most reported legal battles of the past decade; the allegations of domestic violence between Johnny Depp and Amber Heard; and the subsequent libel suit that Depp brought against News Group Newspapers Ltd.

Aided by noted author and mythologist Devdutt Pattanaik, the new season will feature a series of fascinating discussions and interpretations between Pattanaik and the show’s host, actress Rasika Duggal. By exploring and interpreting the questions of Hindu mythology, the new season takes audiences on a fascinating tour of the myriad of stories, symbols and rituals that form the foundation of Hindu culture.

College Romance 3 highlights the different relationships a student has and the conflict one goes through to maintain these relationships. Created by The Viral Fever and produced by Arunabh Kumar, College Romance Season 3 is directed by Parijat Joshi. The show is written by Ashutosh Chaturvedi and Pankaj Mavchi with Gagan Arora, Apoorva Arora, Keshav Sadhna, Shreya Mehta, Nupur Nagpal, Jahnvi Rawat and Eklavey Kashyap in central roles.