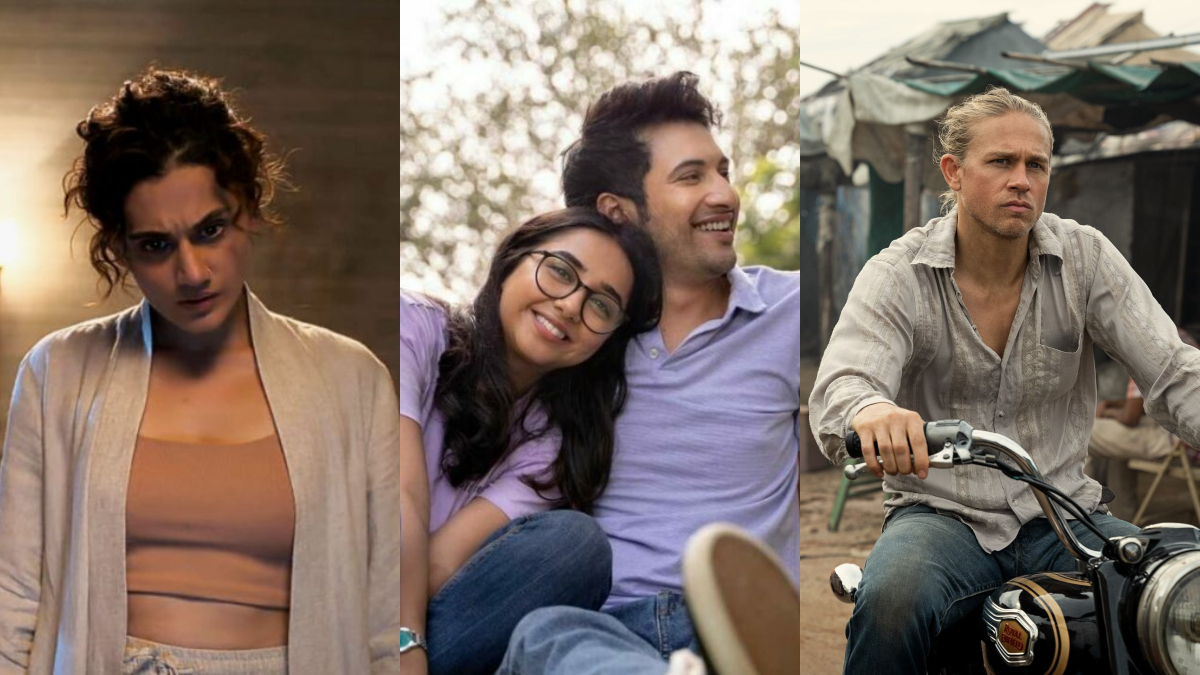 OTT movies and web shows to watch this weekend (October 14): While Prajakta Koli and Rohit Saraf are back with Season 2 of their hit web show Mismatched, Taapsee Pannu and Anurag Kashyap’s Dobaaraa movie is set to release on OTT this weekend. From thriller and drama to romance and comedy, OTT platforms like Netflix, Prime Video, Disney Plus Hotstar, Zee5, Sony LIV and others have many new releases to binge watch. Grab your favorite snack and get ready for a marathon of the latest OTT releases this weekend.

Starring Taapsee Pannu, Pavail Gulati, Sukant Goel and Rahul Bhat, Dobaaraa hit theaters on August 19 but failed to create its magic at the box office. It was the first time a genre like this was touched in Bollywood. The film is directed by Anurag Kashyap and produced by Shobha Kapoor and Ektaa R Kapoor’s Cult movies, and Sunir Kheterpal and Gaurav Bose of Athena.

Actors Prajakta Koli, Rohit Saraf and Ranvijay Singha reprise their roles in the second season of Netflix’s coming-of-age romantic drama web series ‘Mismatched’. The first season starring Rohit Saraf, Prajakta Koli and Ranvijay Sinha aired in November 2020. It details all the hallmarks of a coming-of-age show that tackles relationships and the many moods that come with being young, driven and in love like Dimple Rishi and their peers struggle to navigate these newly discovered complexities.

Based on the book of the same name, Shantaram stars Charlie Hunnam, Antonia Desplat, Alexander Siddig and Shubham Saraf. It is an adaptation of the bestseller by Gregory David Roberts. The drama series centers on a fugitive seeking redemption in 1980s Bombay who will do anything to get it, even if it means letting his past seep back into his present.

Sutradhar Amitabh Bachchan will helm the episode with Rana Daggubati and Dr. Latika Nath taking viewers through our country’s conservation initiatives in the last 75 years of independence.

Prior to the episode, Rana Daggubati said, “The Journey of India showcases the rich fruits of India’s collective hard work and sheer willpower. Our progress towards sustainability and raising awareness as a nation is commendable; there is so much to being an indian that you can never be too proud. The contributions of Warner Bros. Discovery to bring conservation initiatives to the forefront and drive the green agenda are a step in the right direction to educate viewers about the importance of preserving our country’s ecology. It is an honor for me to be part of a show that highlights awe-inspiring achievements while highlighting the importance of preserving our motherland for future generations.”

From the producers of In Treatment and Hostages, Jerusalem is a human story of conflicting beliefs, power struggles, love and crime. This hyper-realistic thriller marks the first time such a large-scale television project has been filmed in Jerusalem’s Old City. The series explores the tension as the officers of the David District prepare for two holy days in the Islamic and Jewish calendars – which, due to rare circumstances, fall on the same day – we find them all in situations that are far from ideal. The countdown to this extraordinary day could be the perfect time to start a war.

The series, starring Gul Panag, Samridhi Dewan, Vaibhav Raj Gupta, Sheeba Chadha, Aradhya Anjana, Namrata Sheth, Rajendra Sethi and Zain Khan, is a legal drama about what goes beyond courtrooms. Set against the backdrop of Mumbai, it revolves around Maya Ahuja, a lively and quirky girl who has three different stories to tell. The series reflects on how people, rules, cultures, societies and laws influence the mind of a 7-year-old to turn her into a cunning and manipulative person by the time she is 28.

Malayalam movies on OTT in October; know when and where to look