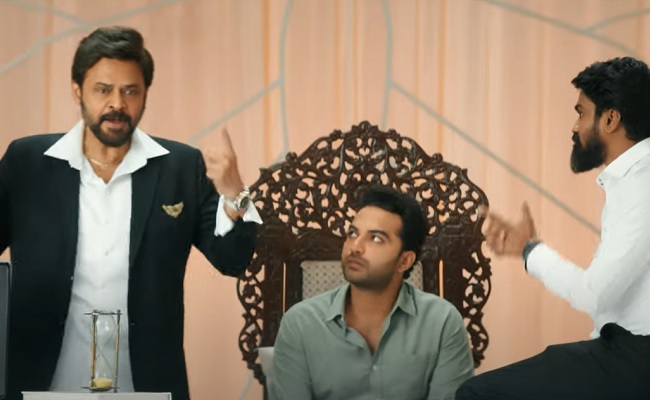 Young actor Vishwak Sen is known to be ready to impress the audience with Ori Devuda.

The film has Mithila Palkar and Asha Bhatt in female lead roles. Directed by Ashwath Marimuthu and produced by Prasad V Potluri, the film has caught everyone’s attention with the recently released first glimpse.

To surprise the audience once again, today the creators released the enchanting trailer, which is packed with all the elements of a festival entertainer. shows the magical world of love, family and the value of a second chance with a touch of comedy.

The two-minute trailer features the wonderful chemistry of Vishwak and Mithila’s characters, Victory Venkatesh’s comedic timing, and a small twist in the magical story.

The brilliant visuals of the trailer and the catchy background score have everyone captivated.

The film seems like the perfect Diwali treat for audiences, with its brilliant blend of comedy and romance. The film features many well-known actors in key roles.

Victory Venkatesh plays a key role in the film. The film will be released as a Diwali gift on October 21, 2022.

The editor of the film is Vijay. The cinematography is provided by Vidhu ayyanna. The film is financed by Prasad V Potluri under the banner of PVP Cinema.