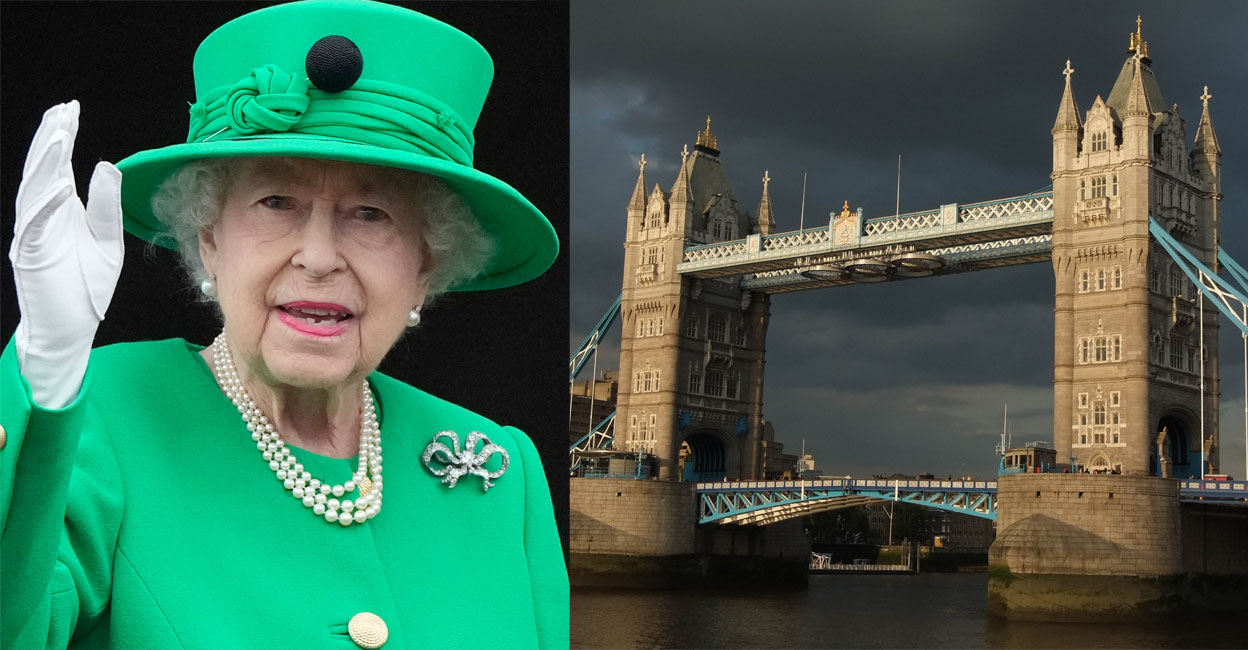 London: The Queen’s death is known in official circles in the United Kingdom as Operation London Bridge, the protocol set in motion when Buckingham Palace announced the death of the 96-year-old monarch on Thursday evening.

It set in motion a series of planned events, simultaneously accompanied by Operation Spring Tide, the code name for Queen Elizabeth II’s son and heir Charles who succeeded her to the throne as King Charles III.

The Foreign, Commonwealth and Development Office (FCDO) Global Response Center is responsible for sending the news to the 15 governments outside the UK where the Queen is head of state, and to the other 38 Commonwealth countries.

A footman was seen walking across the forecourt of Buckingham Palace to confirm the official notice of the Queen’s death at the gates, where outside a torrent of emotion erupted through the crowd that had gathered despite the rainy weather.

The royal family will publish official plans for the funeral, which is expected 10 days after her death on Thursday. A national mourning and minute of silence will be announced after Prime Minister Truss meets the new king.

King Charles III will broadcast to the nation and an impromptu memorial service will be held for the Prime Minister and a small number of ministers at St. Paul’s Cathedral in London.

An Accession Council is the one that proclaims King Charles as the new sovereign, who will be read at St James’s Palace and the Royal Exchange in London.

Parliament will meet to agree a condolence message and for MPs to pay tribute in the House of Commons. All parliamentary affairs are suspended for 10 days. This will be followed by the Prime Minister and the Cabinet with the new King.

Operation Lion refers to the Queen’s casket being transferred from Buckingham Palace to the Palace of Westminster via a ceremonial route through London. When it arrives, a memorial service is expected at Westminster Hall.

The coffin is expected to be in a state where hundreds of thousands of people are expected to flock to London to visit her and pay their respects, and condolence books will be opened online. The state funeral is expected at Westminster Abbey in London.

No official details have been released on what will happen in the coming days, but it is expected that the Queen will be given a full state funeral, as is customary on the death of a monarch. Her body is also expected to be put in state for the public to pay tribute. King Charles III will sign the final plans in the coming days.