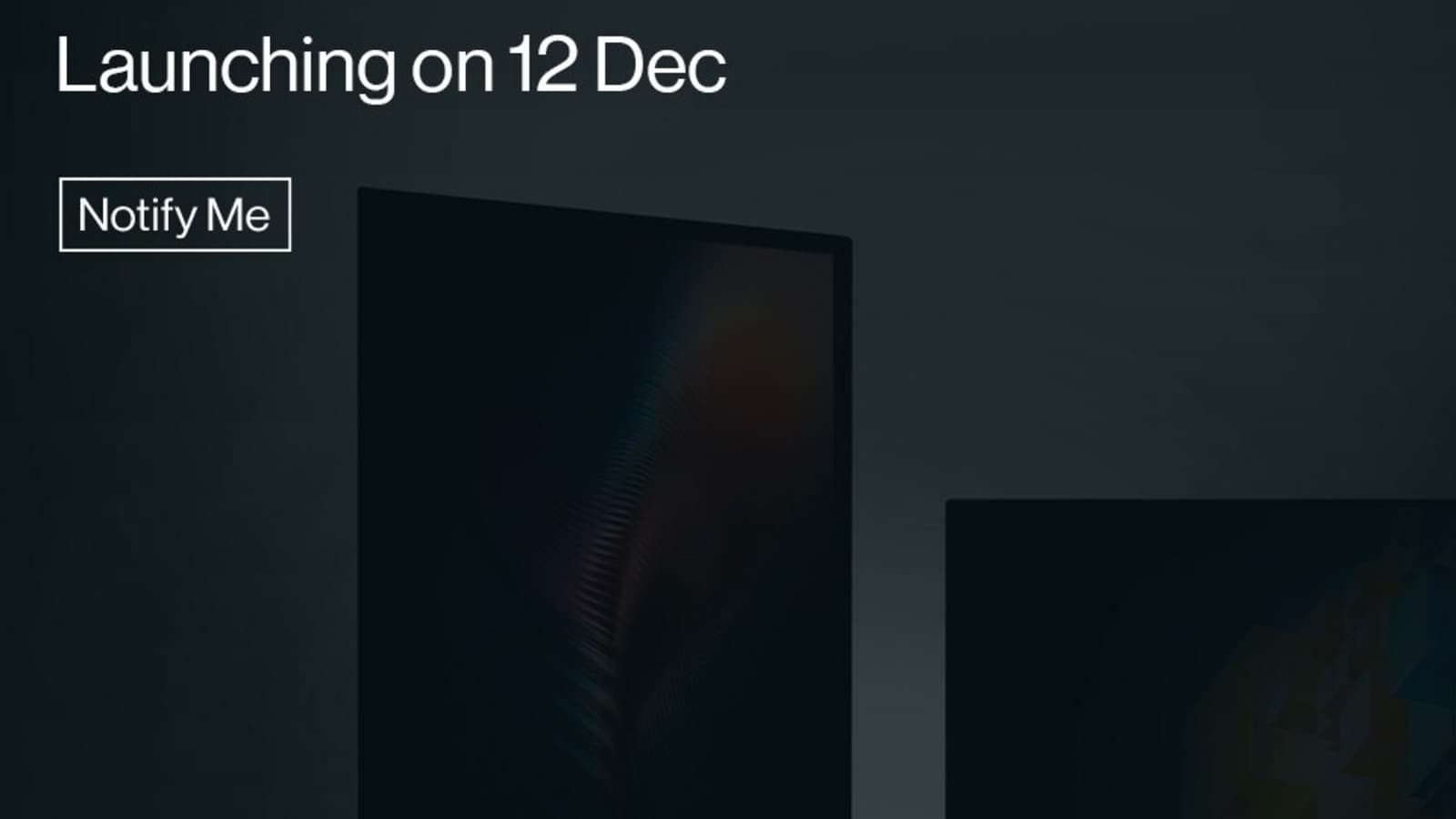 Chinese electronics manufacturer OnePlus, which mainly makes smartphones, has announced that it is expanding its product portfolio in India and will launch its first two monitors in the country on December 12.

“The #OnePlusMonitors are here to change the game. Stay tuned,” OnePlus India tweeted on Wednesday.

Confirmation that the new offerings are monitors came a day after they were teased by the Chinese tech giant’s Indian unit. “What feels like play to you, but looks like work to others,” it says on Twitter.

On launch day, these will be revealed at noon, according to a message OnePlus release.

According to HT’s sister website Live Hindustan, citing a company statement, X27 and E24, as the names suggest, have 27-inch and 24-inch screens respectively. The former will be presented as a premium offering, while the latter will be a mid-range product.

The statement also described the X27 as the model with better display and performance, and a model for work-related projects along with gaming. The E24, on the other hand, has been described as the model that would be the best choice for those who need a monitor for regular use.

There is no information available about prices. However, the E24 will probably cost a lot less than the X27.