On Bengaluru Encroachers’ List, Wipro, Prestige And Other Big Names 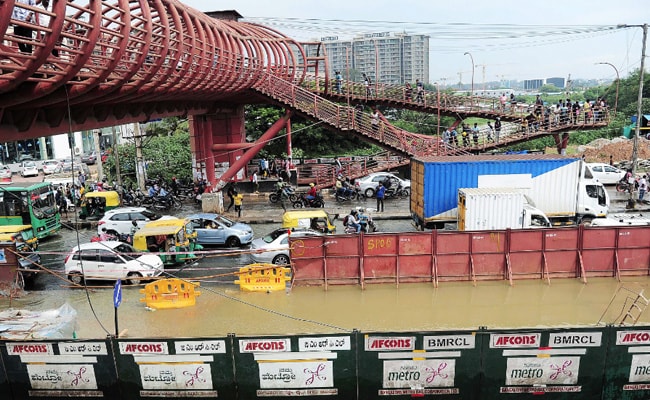 Well-known builders, developers and technical parks are among the list of alleged attackers who shut down about 700 stormwater drains in Bengaluru that led to the flooding in parts of the city last week.

The list includes Wipro, Prestige, Eco Space, Bagmane Tech Park, Columbia Asia Hospital and Divyashree Villas, NDTV found, which has gained access to the list of breaches by high-profile names. It also seems that while the demolition of ordinary people’s properties is in full swing, giant corporations are yet to be touched.

The technicians who spoke to NDTV said on condition of anonymity that they too will not be spared. But the action has yet to begin. “We’re going one after the other. But there’s a clear slowdown that we see on the ground,” said one of them.

However, a demolition has been carried out on the site of the Nalapad Academy of International School in East Bengal, which belongs to an opposition congress leader who has been the biggest critic of the BJP government of Karnataka over the flooding. The school is owned by Congress Youth President Mohammed Nalapad.

When asked how the encroachment by the school went undetected, Malathi, the chief engineer who oversaw the demolition, blamed the tax authorities.

“We didn’t know. This falls under the Revenue Department. They should have kept a check. Now we are demolishing the breach,” she told NDTV.

The demolition in residential areas, meanwhile, has been going on since last week, although there is no official figure yet.

In eastern Bengaluru, the boundary wall of a four-storey building was razed to the ground on Tuesday while residents were inside their homes.

“This storm drain has been around for a long time and despite my knowledge of this, the authorities gave me permission to build the building. I did not break any rules. Without any notice, they came and demolished the composite wall,” he said.

NDTV questioned the executive engineer who oversaw the demolition, who denied building permission had been given.

“This building has no approved plan and they have broken the laws and built on stormwater drainage,” said executive engineer Muni Reddy.

Many residents said they were not notified of the demolition ahead of time and only found out when they heard the bulldozers in action.

“They did not inform us. We were not informed. When the demolition started, we were in our houses,” said Alok, a resident of the four-storey building that was being demolished.

“I was asleep. I finished my night shift and slept deeply. I was suddenly awakened by the loud noises of the demolition,” said Praveen, another resident.