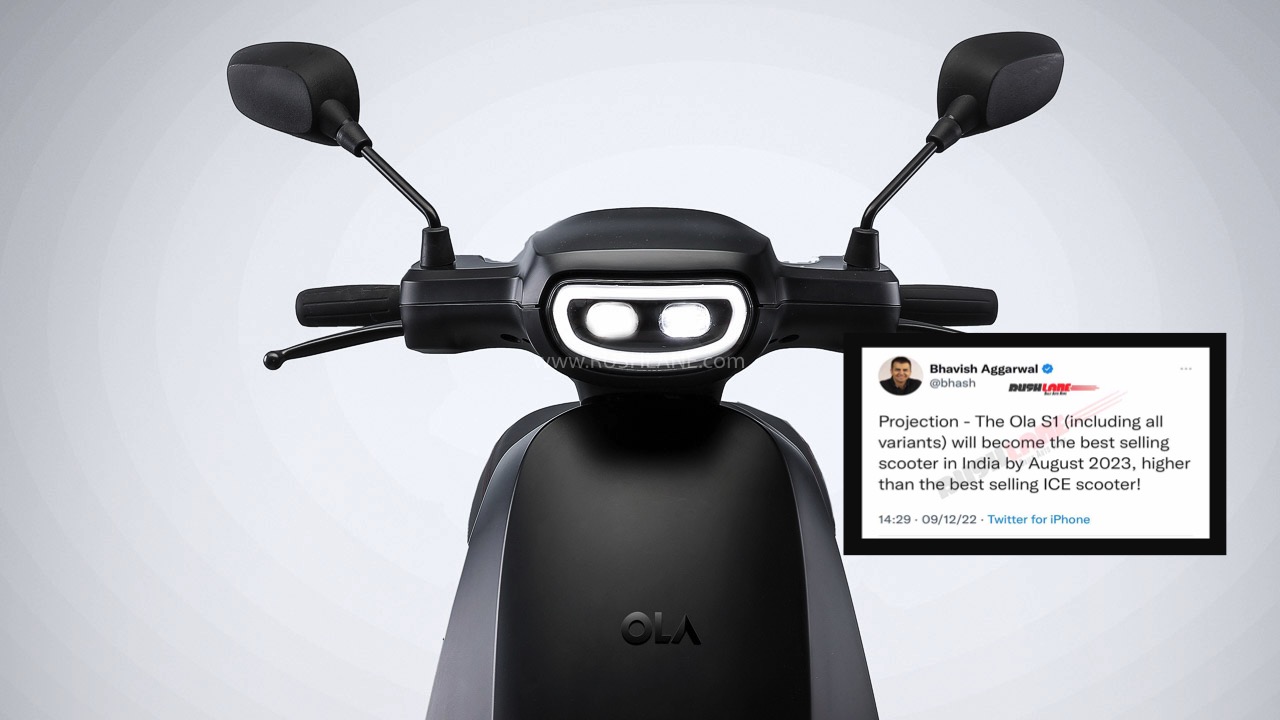 At present, Honda Activa is the best selling scooter in India with sales easily exceeding 2 lakh units per month

The Ola Electric scooter range consists of the recently launched S1 Air which is the base model, the standard S1 which is mid spec and the S1 Pro at the top end with all the bells and whistles. Ola Electric is aggressively expanding and becoming the No. 1 electric vehicle player in India.

Ola Electric has revealed its plan to launch electric cars as well. Development time for which is only a few years. If Ola pulls it off, it’s a great achievement. We’ve seen teasers for the electric car that claims to be the fastest car made in India. Now the company claims to surpass the top ICE scooter sales collectively with its S1 lineup.

CEO Bhavish Aggarwal took to social media and announced that the Ola S1 lineup will become the best selling scooter in India by August 2023. He further states that sales of the Ola S1 lineup will surpass even the best-selling ICE scooters. This is a very high claim from Ola Electric. That said, Ola has a track record of making very high claims. They also have a track record of meeting most of their claims. Can Ola pull it off and beat the best-selling ICE scooter? We can’t say that yet.

Ola has significantly ramped up its production capacity and may be able to pull it off. Looking at the target, Honda Activa is currently the best selling ICE scooter in India and is likely to stay that way until August 2023. Ola seems to be aiming directly at Activa as a target.

Honda Activa sold 2.45 lakh units in September 2022. In the same month, Ola sold only 9,649 units combined. Looking at the hole, Ola has to climb beyond the top of Everest to reach such a thing. Now the base S1 Air is unveiled at around Rs. 85K, Ola is optimistic about growth in India.

There is a possibility of this happening. By August 2023, Honda will be looking for electric cars with swappable battery technology. This is likely to shift many ICE Activa buyers to the new electric Honda Scooter. Hence, the sales of ICE Assets could take a hit and even cut in half compared to the 2.1 lakh units sold in October 2022.

As the push for EVs becomes more mainstream, Ola is now leading the way. If the same winning streak is maintained by Ola and Honda’s upcoming electric scooter swallows ICE Activa’s sales, Ola has a chance to beat the top-selling ICE scooter sales in August 2023.