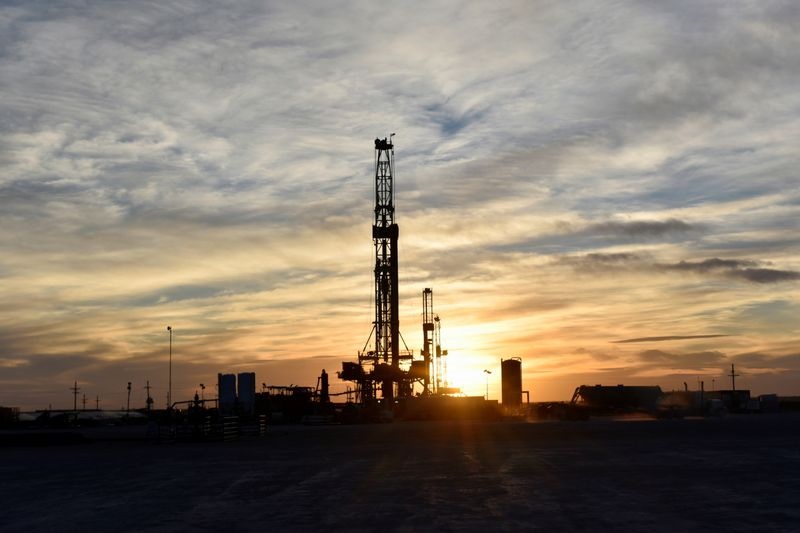 LONDON (Reuters) -Oil posted gains on Tuesday amid supply cuts and the easing of COVID restrictions in China, the world’s largest importer of crude oil.

WTI reached a low of $70.25 on Monday, close to the theoretical buyback price of $70 at which US President Joe Biden wanted to replenish stocks. This provided support on Tuesday.

Further support followed “easing of COVID curbs in China, the threat of lower Russian production in response to the G7 price cap, () a breakdown in the US keystone pipeline,” said Craig Erlam, senior market analyst at OANDA .

The shutdown has raised expectations that U.S. crude inventories will fall by 3.9 million barrels in the week to Dec. 9, according to a preliminary poll by Reuters.

Reports from the American Petroleum Institute are expected on Tuesday at 4:30 pm ET (2130 GMT).

The disruption comes as export volumes from Russia’s Baltic and Black Sea ports will decrease this month.

China has lifted some of its strict COVID restrictions over the past week, but rising infection rates continue to fuel uncertainty.

“Inflation is high, economic growth is faltering, a global recession is looming, oil consumption is under pressure and supply is unpredictable at best,” said Tamas Varga, analyst at PVM Oil Associates.

The market will continue to look for signals from OPEC’s monthly report and the US consumer price index expected on Tuesday. The central bank’s decisions on interest rates should be made by the Federal Reserve on Wednesday, and the Bank of England and the European Central Bank on Thursday.