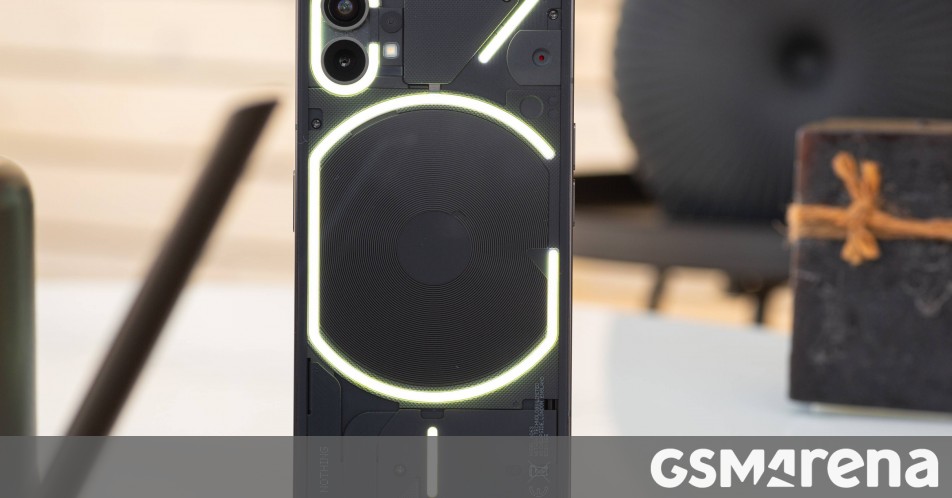 On December 1st, Nothing began taking applications for the upcoming open beta build of Nothing OS 1.5, based on Android 13. This came after the company went very public about the fact that there would be no final build available for Nothing Phone ( 1) owners this year.

Today the first beta has been rolled out for those who have opted in to receive it. Nothing OS 1.5 comes with a new Weather app with custom UI Nothing, up to 50% faster app loading speeds, more color schemes available for matching third-party apps with your wallpaper, a new QR code scanner in Quick Settings, a clipboard preview in at the bottom of the screen for quick edits before pasting, and a new look for Media Control.

Hello Nothing OS 1.5! Powered by Android 13. Today we launched our Open Beta program, which we will gradually roll out to Phone (1) users before its final release.

There’s also the ability to close running background apps from the system tray, an increase in background memory that reduces waiting for frequently used apps to load, a new self-healing feature that “makes Phone (1) work like it’s new” by clear unused apps cache and expired system dumps, better Quick Settings with new pop-ups from network and Bluetooth devices, a new volume control UI with easy-to-adjust sliders without having to unlock the screen, and an improved game mode with a new UI for light notifications and the Google Game Dashboard, which supports screenshots, screen recording, FPS display and Do Not Disturb.

Of course, you also get everything Google put into Android 13, including a new photo picker, the new notification permissions, new media permissions, and support for using different apps in different languages.