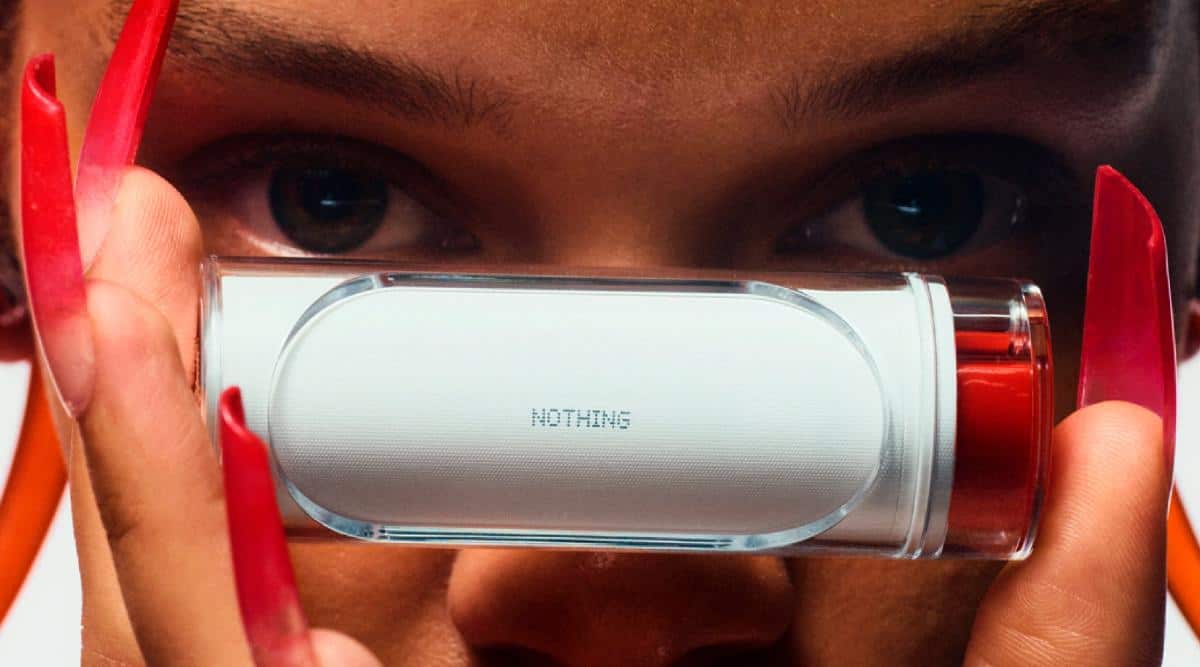 Nothing Ear Stick: Carl Pei’s Nothing has unveiled its third product and it’s a pair of earbuds that are once again called the Nothing Ear (stick). The new TWS earbuds from the London-based company appear to be a refresh over its first product, the nothing ear (1).

The new earbuds were teased at London Fashion Week, and while the company didn’t talk much about the earbuds and their features, we did get to see the new, elongated design of the slim case, something that was also revealed through leaks earlier this year. It looks very different from the large square pinna (1).

The company says the new stick-style charging case is designed to be compact enough to fit in pockets, and the design is inspired by “classic cosmetic silhouettes.”

With virtually no word on the new earbuds, we can assume they will likely be a version of the ear (1), with a slight brand change on the stem. This is something that Mukul Sharma’s leak also supported.

We also speculate that the new shape could mean the ear (stick) may no longer support wireless charging. Leaks also suggest that they won’t come with ANC (Active Noise Cancellation), though both points have not yet been officially confirmed.

More details about the Nothing Ear (stick) are expected to be revealed at an undisclosed date, and then we’ll know more about the earbuds, including pricing, colors, new features and international availability.