Not impressed by mobility option, Ukraine-returned students prefer to complete education in India 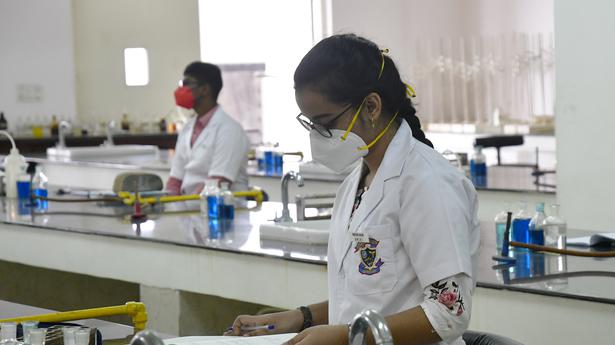 Parents remain concerned as they pointed out that piecemeal solutions would not solve the uncertainty faced by Indian students who had left Ukraine in March.

Parents remain concerned as they pointed out that piecemeal solutions would not solve the uncertainty faced by Indian students who had left Ukraine in March.

Shyam Kumar and Ashkar appear ecstatic about the news that the National Medical Commission has agreed to recognize the academic mobility program offered by Ukraine to enable foreign students to move to universities in other countries and complete their studies.

“If I want to go for the academic mobility option, I might have to pick up about 6 to 7 lakh in 15 days,” said Mr. Shyam, who is starting his sixth year of study at the Odessa National Medical University in Ukraine. “It is an impossible task for aspirants, who had already received huge loans for medical training abroad. Moreover, options are limited because my university has only offered mobility outside Ukraine to Georgia,” said Mr. Shyam.

Also read: | Why is Russia the best draw for Indian MBBS students?

Ashkar, whose sixth-year classes begin on September 15, is also concerned about the future. “Choosing mobility is expensive. A student will have to pay an extra 2 lakh in tuition fees at a foreign university that offers such an option compared to the current rate at a university in Ukraine. The cost would increase further, as we can should the pay for food and housing costs,” said Mr. Ashkar.

Parents remain concerned as they pointed out that piecemeal solutions would not remove the uncertainty faced by Indian students who left war-torn Ukraine in March.

PV Biju, whose daughter Anitta Rose is a third-year student of Lviv National Medical University, said parents are awaiting a favorable decision from the Supreme Court on their plea to allow the students to complete their medical education in India.

“Nothing else would guarantee a bright future for the young aspirants, who suffered a lot mentally after being evacuated from Ukraine,” he said.