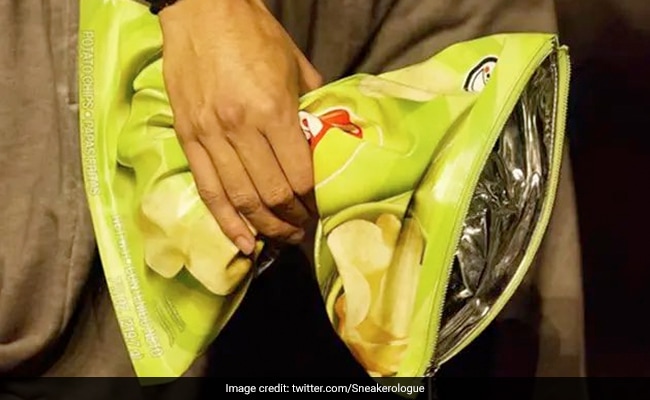 A bag that looks like a packet of Lays chips, but made of leather, from the Spanish luxury fashion house Balenciaga, has been popular on the internet.

It takes a while for you to let the price of the bag sink in.

Page Six quoted a Hypebeast report as saying the bag will cost around $1,800.

According to Page Six, fans of the chips lamented the fact that the Flamin’ Hot variety was reportedly sold out in many stores and that the deluxe bag comes without chips.

Balenciaga is known all over the world for its eccentric accessories and crazy designs. Even Kim Kardashian is a big fan of the fashion house.

Recently, the company also sold the “world’s most expensive garbage bag” for $1,790. If we convert that to Indian rupees, it would be close to INR 1.47.00 (according to the current exchange rate).

Mid week blues can vanish in thin air if you get to see a hot and bold series like this, watch video to up...

Tabu, Sanya Malhotra And Others At Babil Khan And Tripti Dimri’s Qala Screening