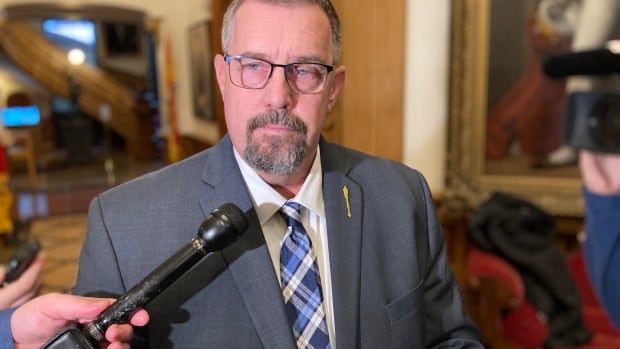 The New Brunswick government has revealed details of the program that will replace French immersion for new students next fall a reform whereby all preschool and primary students in English-speaking schools will spend half their days “exploratory learning in French”.

That’s significantly less than the 80 to 90 percent French instruction that immersion elementary school students now receive, but it’s much more French than what is currently being taught to non-immersion students.

The changes represent the most radical rethinking of French second-language teaching in New Brunswick, Canada’s only officially bilingual province, since immersion began half a century ago.

The percentage of students receiving instruction in French drops from 50 to 40 percent when they reach grades 6 through 8 in high school.

In high school, there will be “opportunities for enrichment and further studies” in French in addition to the minimum amount, Bill Hogan, the minister of education and early childhood development, said in a statement.

“It is not a question that students will not be able to reach a high level of French in the future,” he said at a new conference.

“They will be, if they follow that path. What we want as a minimum is for all students to reach a conversational level of French.”

for Match, The plan in primary schools is for maths to be taught in English along with English reading and writing.

Other subjects such as science and social studies – non-core subjects that the department calls “exploratory” – could be taught in French in addition to French vocabulary, reading and writing.

An independent committee set up by Prime Minister Blaine Higgs said in February that immersion was “a very effective programme,” with 90 percent of students who made it through grade 12 achieving a conversational level of French.

The problem, the committee said, was that more than 60 percent of students in the English language school system were not enrolled in immersion.

The aim of the new program is to give all English speaking students the opportunity to graduate with at least a conversational level of French.

Another goal is to end what is called “streaming” – what Hogan described as an “overwhelming” part of students with learning difficulties in non-immersion classes.

But Hogan’s statement said the new program will allow for “differences in delivery” and will depend on “the demographics of communities.”

No student will be exempted from the French program.

The change will take effect in September 2023. Students now in grades 2 through 12 of French immersion will continue to take that program through high school graduation, Hogan said in the statement.

In October, Hogan’s predecessor, Dominic Cardy, resigned from the Higgs cabinet, accusing the prime minister of rushing a major reform scheduled for 2024.

Hogan resisted accusations that the government acted too quickly.

“That couldn’t be further from the truth. We’ve looked at experts, we’ve researched reports, assessments and studies conducted over the past few decades. We’ve had countless conversations with partners and stakeholders over the past few years.”

All of that, plus involvement sessions in schools across the province, was integrated into the plan, he said.

The county is holding four in-person public consultations in January on the changes in Bathurst, Moncton, Saint John and Fredericton and two other virtual sessions.

There is also an online survey which the minister said will help the government “finalize” the plan.

“We really hope to hear from you in this final round of consultations,” Hogan said. “Your voice is important to us.”

Immersion students now receive at least 90 percent of their school time in French in grades 1 and 2, and 80 percent in grades 3 through 5.

The province says it will have to launch a recruitment campaign to meet the challenge of finding enough teachers who can teach French. Hogan says the system needs to find 60 teachers for the kindergarten and first grade program next fall.

The government also says that no monolingual teacher who now only teaches in English will lose their job as a Result of the changes.

It also says that no teacher who now only teaches in English will lose his job.

If not all schools are able to find teachers to start the program in kindergarten next fall, some may wait until 2024 to start it in grade 1.