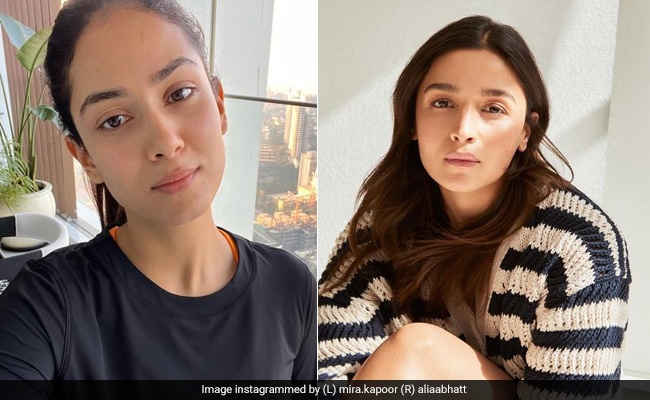 Mira Kapoor has dropped a photo of her latest indulgence. But wait, there’s more to the story. Mira shared a picture of a traditional Gujarati delicacy undhiyu along with her brew and accepted that she had to be a Gujarati in her last life. For the caption, Mira wrote: “Undhiyu for life. I am pretty sure I was Gujrati in my last life.” We’re not about you, but Alia Bhatt couldn’t resist dropping a comment under the post. The Gangubai Kathiawadi actress wrote, “I want that cuppa tea,” with a tea and saucer emoji. To this, Mira replied, “Alia Bhatt mama, it’s time for you to cross the sea link.”

To engage with her followers, Mira Kapoor recently did a live session on social media. During this conversation, Mira talked about her love for music and how she started playing the piano again after a break of several years. She also revealed her favorite travel destinations. Does anyone dare to try? It is Jaipur, in India, and Mykonos, in Greece.

Mira Kapoor is a strong believer in healthy living and it reflects in her social media posts. She once shared a selfie that showed off her post-workout glow. However, the post had a twist. Mira revealed that for the early morning workout and glow she wanted to thank her alarm clock and not her husband, Shahid Kapoor. “Morning workout. I want to thank my loud alarm and not Shahid Kapoor who is bright and shiny at 5am but has forgotten about me,” added Mira.

Mira Kapoor and Shahid Kapoor got married in 2015. They are the parents of Misha and Zain, who were born in 2016 and 2018 respectively. Shahid Kapoor was last seen Jersey next to Mrunal Thakur.