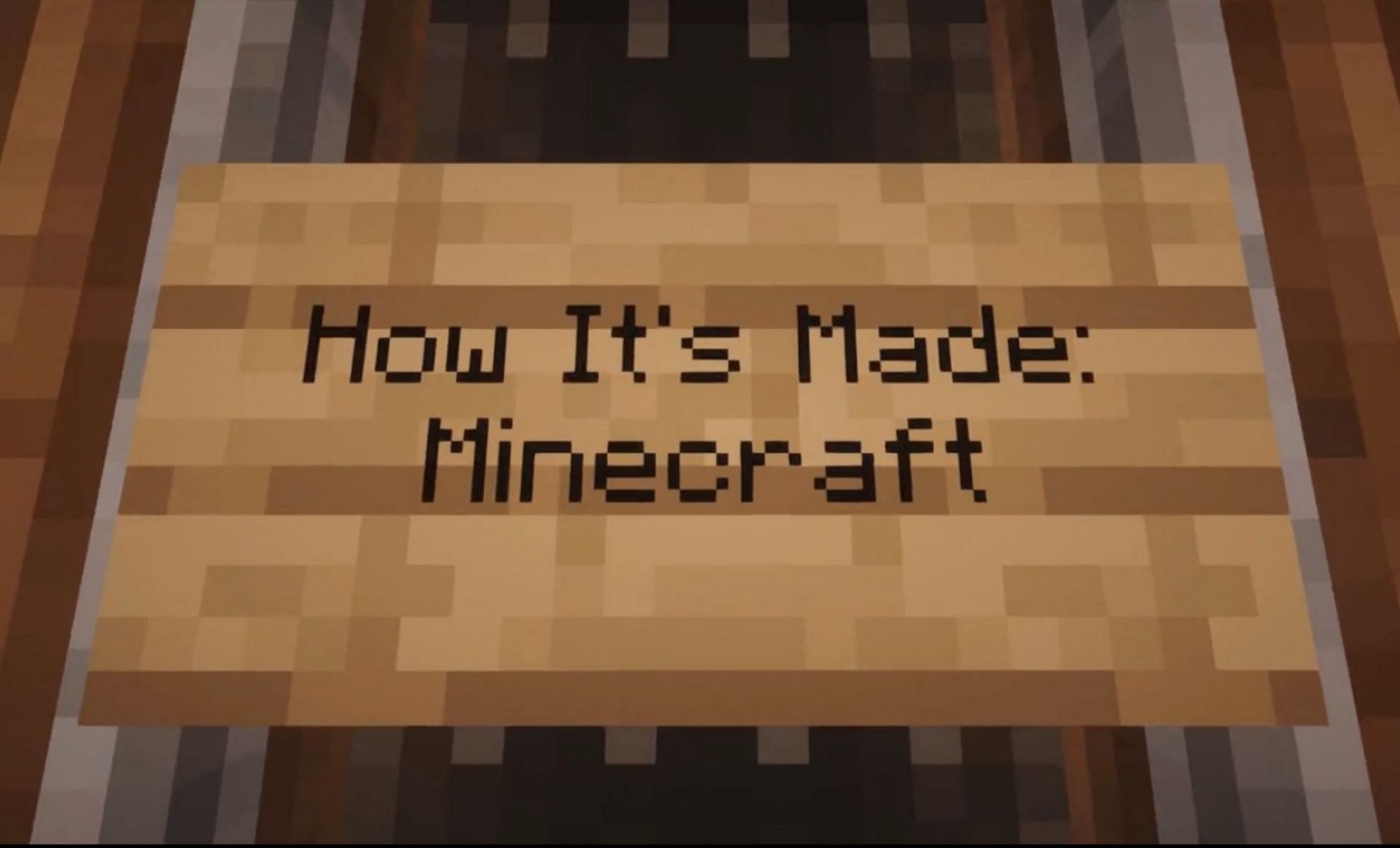 Anything is possible in Minecraft, meaning any recreation, tribute, or tribute to any other form of media can be made as long as players are committed enough.

One Minecraft Redditor used this creativity to recreate the opening of an iconic television show, How it’s made. It’s breathtaking how well it turned out.

Minecraft is an incredibly popular game, which means it often permeates other forms of media. A movie is being made, memes are very popular from the game and there are a million different songs that have been made into parodies.

Therefore, the opposite is also true. Popular media often find their way into Minecraft. There have been Game of Thrones recreations, Breaking Bad scenes and much more.

The show How it’s made is a documentary that shows how everyday objects (such as clothes, food, industrial products, instruments and other things) are manufactured. For reference, here’s the iconic intro to the classic TV show:

This is an excellent format for Minecraft, given how prominent tinkering is in the game. Mojang’s sandbox title is based on being able to collect resources and turn them into useful items.

Players will struggle to make a particular item if they don’t know “how it’s made”, i.e. the crafting recipe. They can look it up, but until they have the necessary items, they can’t make it.

The video shows everyday objects made with machines, welding and more. It’s uncanny how good the new version has turned out and how similar they are. The post has since been removed, but here are a few images of it.

They have used in-game items in the same places they would appear in the actual TV show intro. It’s a perfect mirror and even uses the same mechanical practices that can’t actually be done in the game.

The videos end the same way, with a compressor on a conveyor belt slamming a plate bearing the show’s title. In the case of the Redditor, it’s the title of the show with a Minecraft slant.

The editing fits perfectly. It could really slide in as a placeholder for the actual television show, and many wouldn’t even notice.

It’s kind of a niche post as not everyone grew up watching this show even though it was incredibly popular. However, the community has enjoyed it anyway and has given it a lot of positive attention.

One commenter was left with few words to say.

While one user came up with a clever name for it, another was reminded how much they enjoyed the original.

There are many options that can make this a real series.

Some of them can get quite complex.

Nostalgia was used effectively with this post and some Minecraft players had ideas to take it to another level.

The show holds a special place in the hearts of many Minecrafters.

The community has enjoyed taking a trip down memory lane. They have given the post 10,000 upvotes in just eight hours at the time of writing.