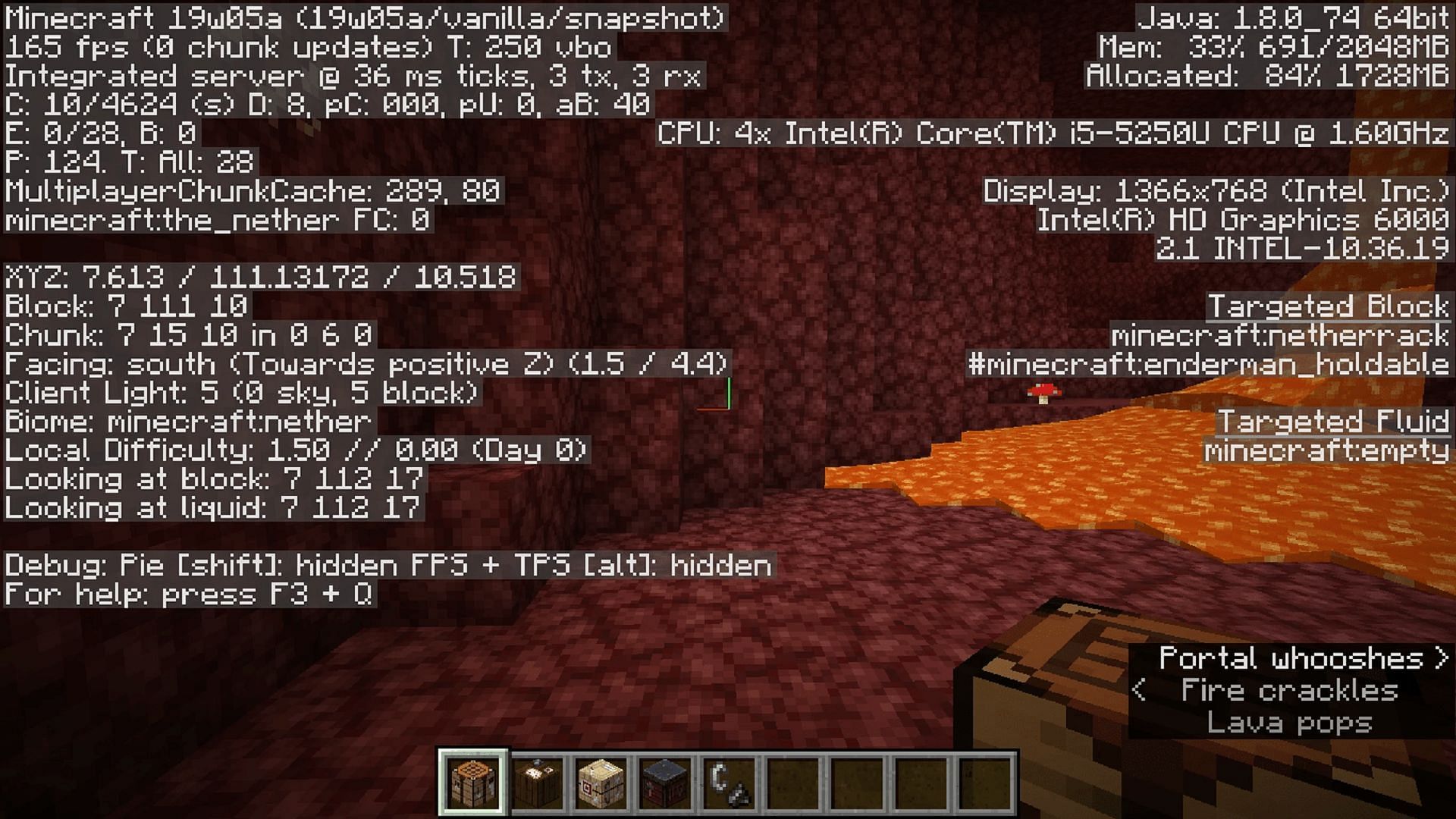 Minecraft: Java Edition players are probably quite familiar with the game’s debug menu, which can be accessed by pressing F3. While many players use this feature to determine their coordinates, there is a ton of additional information, some of which is very useful if players know how to parse it.

While this certainly wasn’t the first time Minecraft’s debug menu was broken, the infographic was still very helpful to many Redditors who may not have seen it in the past. Users used the comments to endorse Max_Damage777’s efforts.

While some of the information in the screenshot used for the graphics has changed in more recent game updates, the post still serves as a solitary image that can be saved and referenced by players without ever opening their web browsers.

Some Redditors on the Minecraft subreddit were curious if Max_Damage777 would be willing to map out the additional debug menus that Java Edition possesses. Other menu options are visible by combining the F3 key with the alt or shift keys, and these menus provide even more information for Minecraft players to comb over.

However, Max_Damage777 stated that those menu items were more for people who are deeply immersed in the game’s code and engine, so it probably wouldn’t be of much use.

The comments continued with high praise for the Minecraft infographic, and it’s not hard to see why. Instead of scrolling through tons of text on a wiki page or stopping the game to watch a lengthy video on the topic, this one image provides almost all the information needed to understand what happens when Java Edition players on hit their F3 keys and are flooded with a bunch of text and numbers.

Compared to many posts on the subreddit, commenters stated that the post was one of the most helpful in recent memory and that no confusing language was used.

It’s important to note that while Max_Damage777’s post conveys a lot of useful information, recent changes due to updates to Minecraft, such as the Caves & Cliffs Update and The Wild Update, have changed the appearance of the debug menu. The menu now displays some information that is not in the image, but contains almost all the core information a player needs.

Anyway, this post is one of the most helpful currently circulating the community. Having a one-stop resource available in an easily accessible directory is a huge boon compared to scrolling through search results to find relevant information. If you’re a player yourself, it might not be a bad idea to save Max_Damage777’s post for later reference, just in case.