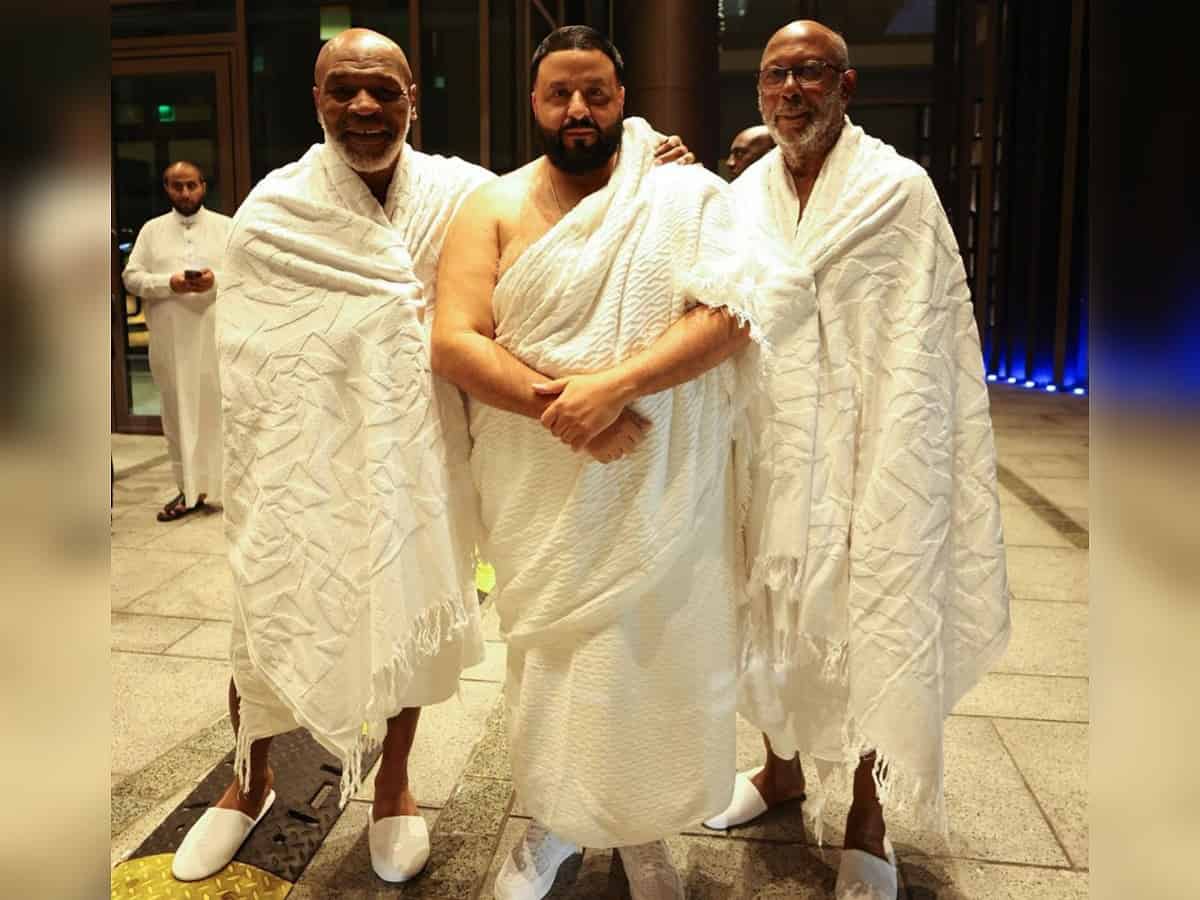 On Friday night, Khaled Mohammed Khaled, known professionally as DJ Khaled, took to Instagram to post a photo of him, Mike Tyson and Tyson’s father wrapped in the white Ihram cloth, which Muslim men are required to wear during the pilgrimage.

“We were on our way to MECCA GOD DID! Bless my brother @miketyson and father of Tyson. More love, more blessings, more life. GOD IS THE GREATEST!” wrote DJ Khaled.

In another post, we see DJ Khaled and Mike Tyson doing Tawaf (walking in circles around the Kaaba in a counterclockwise direction).

Dj Khaled captioned the post: “The second time I walked into Mecca, tears came to my eyes. Tears of joy all my life. I wanted to go to MECCA to pray and GIVE MY GRATITUDE TO AALAHI prayed for the world for more love, more life, more more. peace more joy more happiness more health and protection for all of us! GOD IS THE GREATEST!!!!! It’s so beautiful we all HAVE ONE LOVE here GOD DID!!!!!!! Bless my brother @miketyson.”

On December 1, Bollywood’s Badshah Shah Rukh Khan took the internet by storm after his pictures of his very first Umrah appeared online. And it goes without saying that the images of SRK from the holy city of Mecca have won millions of hearts and are still circulating the internet.

Umrah is an Islamic pilgrimage to the holiest city for Muslims, Mecca, which can be performed at any time of the year. It consists of performing rituals in the Masjid Al Haram. In other words, one performs Umrah to free the soul from past sins.