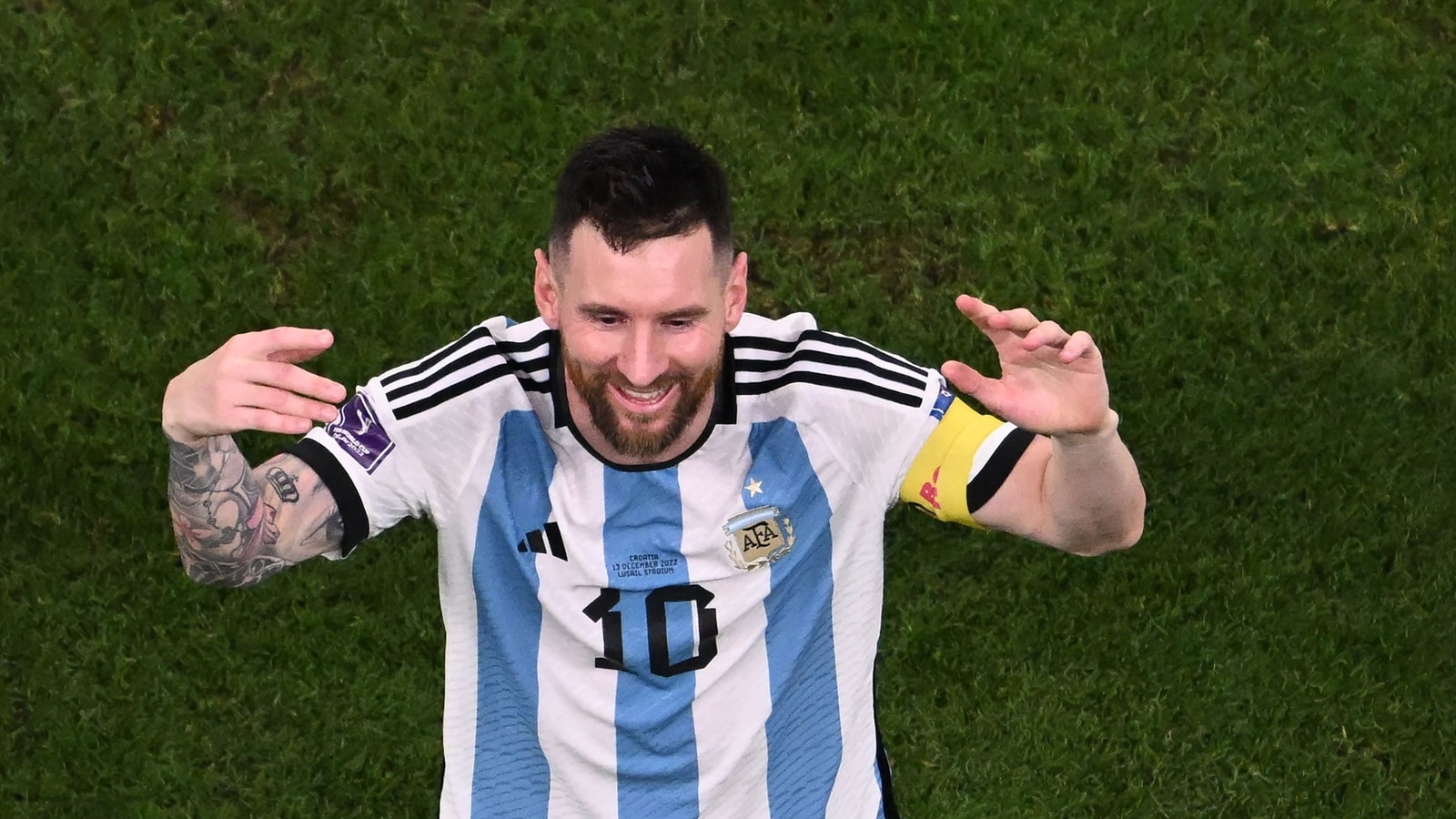 Lionel Messi confirmed he will retire after the 2022 FIFA World Cup final on December 18. The Argentina captain, who scored from a penalty kick and was equally important in the other two goals Julian Alvarez scored against Croatia to take his country to the final, said the clash on top will be his last in the air and white stripes.

“I am very happy that I was able to achieve this, to finish my World Cup journey by playing my last match in a final,” Messi told Argentina’s Diario Deportivo Ole media outlet.

“It will be many years before the next one and I don’t think I will be able to do it. And to finish like this is the best,” added the Argentina captain.

The 35-year-old is playing in his fifth World Cup, surpassing Diego Maradona and Javier Mascherano’s four.

With his fifth goal in Qatar, he also surpassed Gabriel Batistuta as Albiceleste’s top scorer at World Cups, with 11 goals.

The PSG striker put on a show in front of a packed house at Qatar’s Lusail Stadium that many described as his best in recent times. This will be Messi’s last chance to lift the World Cup before he calls it quits. He had finished second after losing to Germany in Brazil in 2014.

“It’s all well and good (the records), but the most important thing is to be able to reach the group goal, which is the best of all,” added Messi. “We’re just one step away, after fighting hard, and we’re going to do everything we can to try and make it happen this time.”

Tuesday’s victory prompted thousands of fans to take to the streets in Argentina to celebrate the national team’s sixth World Cup final.