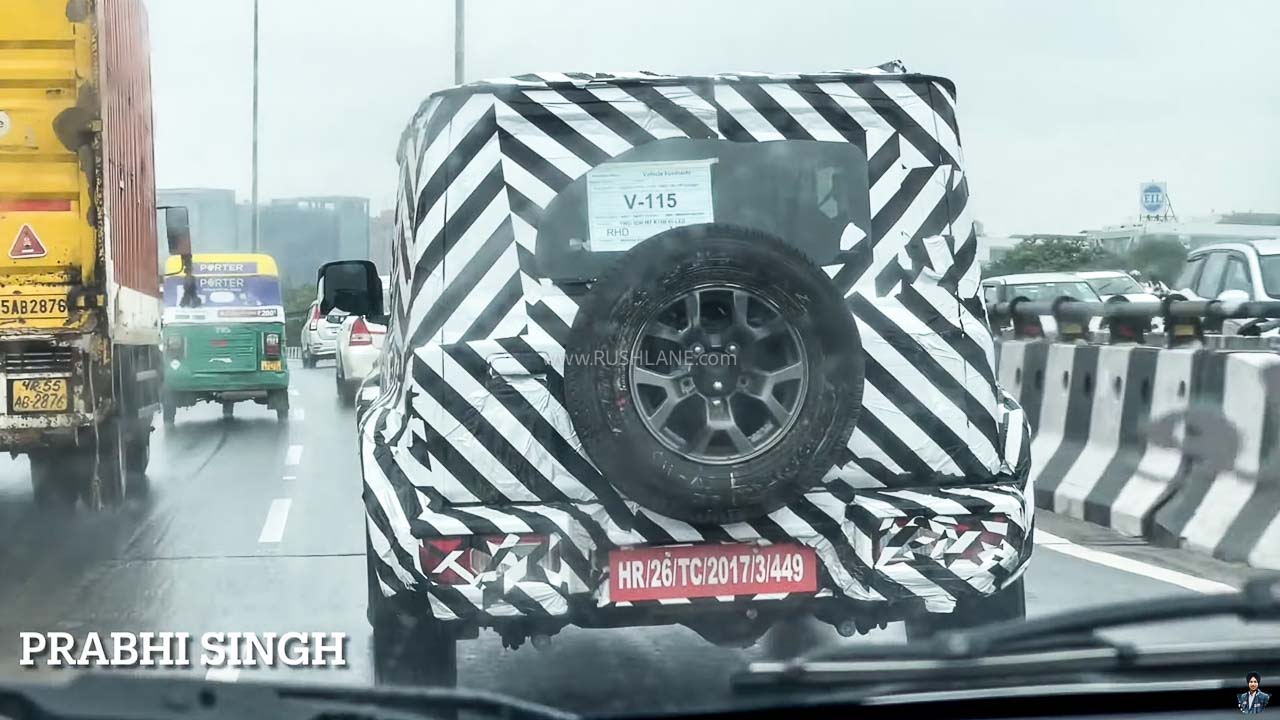 One of the most anticipated cars from Maruti in recent years is undoubtedly the Jimny. There have been multiple flip-flops in media reports, some pointing to Jimny coming to India while others strongly disagree. But Jimny fans can finally enjoy spy photos of 5-door Jimny being tested across the country.

Interestingly, Maruti brought some of the test mules to Leh – Ladakh, possibly to test and adapt Jimny’s off-road capabilities to Indian conditions. The last spy photos of Jimny 5-door were clicked in the city test condition. Hat tip to Prabhi Singh for sharing the spy video.

Jimny has a tough and upright posture in terms of design. It looks boxy and adventurous. A thick bumper, slatted grille, large alloys and prominent fenders add to its masculine appeal. In India, we have only seen 5-door test mules, indicating that the Indian market will only get a 5-door variant. Jimny is sold internationally in 3-door avatars.

Under the hood, the Jimny has a 1.5 liter K15 petrol engine that should be able to deliver about 104 hp and 138 Nm of peak torque. It is mated to a five-speed manual transmission as standard, and AT functionality can be supplied as an option. Worldwide, Jimny is getting a 4×4 system with a low-range transfer case.

In terms of features, Jimny isn’t known for boasting a long list of comforts. However, we can still expect Maruti to add some important features, which have become almost necessary these days. Maruti would include a 9-inch touchscreen infotainment unit, wheel-mounted audio controls, FATC (Fully automatic temperature control), Auto ORVMs etc in the Jimny. The leaked photo also shows the presence of LED headlights.

Competition for Jimny will increase as both Mahindra and Force have been working on 5-door versions of their products in this segment. Mahindra is clearly the segment leader as of now, with its new generation Thar and Force is trying to increase its market share with its Gurkha. Both manufacturers are now working on 5-door versions of Thar and Gurkha.

Jimny is relatively the smallest of the lot (in size) and with a limited feature list and heavy localization it could very well undercut Thar and Gurkha in price. Aggressive pricing could help Maruti gain massive market share while expanding the segment.