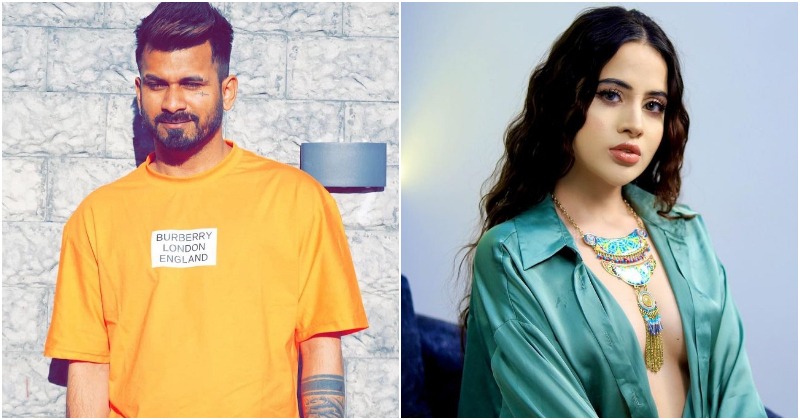 ‘Bigg Boss OTT’ Celebrity Urfi Javed revealed on Tuesday that the man she filed an FIR against had been arrested. Urfi shared the news of the suspect’s arrest on her Instagram stories.

She shared a photo of the man, writing: “Great news! This assailant is behind bars! Thanks, @mumbaipolice.”

Urfi published a detailed note on social media on Sundayclaiming she was harassed by a man who threatened her with distorted photos.

She also posted her WhatsApp chats with the suspect and photos of him on her official Instagram account.

“So this guy has been harassing me for so long, and now I had it. Someone changed my picture and started spreading it, I had already filed a police complaint about that two years ago, and then I went through hell. This guy got had held that picture and blackmailed me into having video sex with him otherwise he would spread the picture on different bollywood pages and ruin my career Yeah he blackmailed me into cyber raping me (that’s the word for it).”

In addition, Urfi had expressed dissatisfaction with the handling of the case by the Mumbai police.

“I filed an FIR at Goregaon Police Station @mumbaipolice on the 1st. It’s been 14 days since no action has been taken! I am so disappointed. I had heard so many good things about @mumbaipolice but their attitude towards to this guy is weird. Even after I let them know he was done with IDK with how many women, still no action,” she wrote.

Urfi shared that the suspect is currently allowed to work in the Punjabi film industry and described him as a threat to society.

As for her working life, Urfi is known for her work in television shows like ‘Bade Bhaiyya Ki Dulhania’, ‘Meri Durga’, ‘Bepannaah’ and ‘Puncch Beat Season 2’.