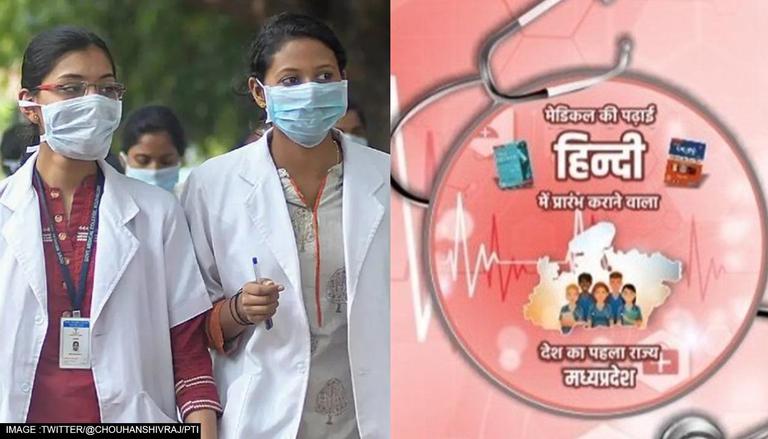 The government of Madhya Pradesh has decided that medical education in the state will now also be provided to students in Hindi. The syllabus for three MBBS subjects will be released on October 16, 2022 by the Union Minister of Home Affairs, Amit Shah. This development was notably confirmed by the Madhya Pradesh CM, Shivraj Singh Chouhan, on social media.

Under the Central Government’s “Educational Convenience” initiative, three MBBS textbooks for the first year of MBBS will be launched at Lal Parade Ground in Bhopal at 12:00 PM in the presence of students and other honorable dignitaries. Notably, the books mentioned will contain scientific biological terms written in Devanagari script and explanations in Hindi. This development came after a committee of parliamentarians proposed to consider Hindi as a higher education language in Hindi-speaking states such as Uttar Pradesh, Madhya Pradesh, Bihar, Rajasthan and Gujarat. For non-Hindi-speaking states, the commission recommended books in the native languages ​​of the respective states.

According to media reports, textbooks on three topics – anatomy, physiology and biochemistry for the first year of MBBS – were prepared by a team of 16 physicians with input from 97 subject matter experts. Also, the technical terms are kept in English, but published in Devnagari script, to avoid confusion about technical details. The Hindi textbooks for MBBS students for the current academic year will be launched for the first time at Gandhi Medical College (GMC), Bhopal, and later the same will be extended to 12 other medical colleges in the state.

This decision comes at a time when southern states are already protesting the reported recommendation of a parliamentary panel led by Amit Shah to introduce Hindi (in Hindi-speaking states) and local languages ​​as the medium of instruction for higher, medical and technical education courses.