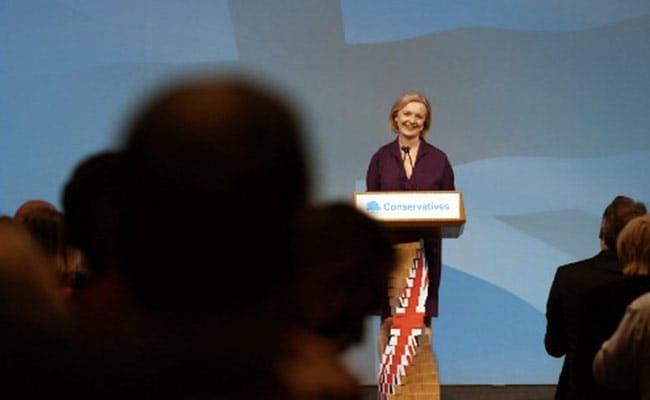 Liz Truss has defeated Rishi Sunak as Britain’s new Prime Minister. She defeated her rival by 81,326 votes to 60,399, after an internal summer contest sparked by the resignation of Boris Johnson in July.

Truss, long the frontrunner in the race to replace Johnson, has become the Conservatives’ fourth prime minister since the 2015 election. During that period, the country has been ravaged from crisis to crisis and is now facing what is expected to be a protracted recession. will be caused by skyrocketing inflation that reached 10.1 percent in July.

Boris Johnson had to announce his resignation in July after months of scandal and he will travel to Scotland on Tuesday to meet Queen Elizabeth to officially offer his resignation. His successor will follow him and be asked to form a government.

Here are the updates on the UK Prime Minister’s election results:

Her position is the opposite of how she started out, as the daughter of a Liberal Democrat in a family of progressives who opposed the monarchy and Brexit.

Her self-proclaimed lifelong political “journey” has led to criticism that she lacks real conviction and prioritizes power over ideology.

But her candid style, calls for a smaller state and free trade have proved popular with grassroots conservatives.

British Truss expected to be appointed Conservative leader, new Prime Minister
Liz Truss is expected to be named leader of the ruling Conservative Party and Britain’s next prime minister on Monday, poised to take power at a time when the country faces a crisis in the cost of living, industrial unrest and a recession.
See also  'Operation London Bridge' to be set in motion as Queen Elizabeth dies

After weeks of an often ill-tempered and divisive party leadership contest that pitted Truss against Rishi Sunak, a former finance minister, Monday’s announcement at 1130 GMT will herald the start of a transfer of Boris Johnson.

Johnson was forced to announce his resignation in July after months of scandal and he will travel to Scotland on Tuesday to meet Queen Elizabeth to officially offer his resignation. His successor will follow him and be asked to form a government.

UK will soon have new prime minister: ‘Second most difficult post-war assignment’
Truss faces a long, expensive and difficult to-do list, which opposition lawmakers say is the result of 12 years of poor Conservative rule. Several have called for snap elections – something Truss has said she won’t allow.

“I actually don’t think any of the candidates, not one of those going through it, really knows how big this is going to get,” he said, adding that the cost could be in the tens of billions of pounds.

Truss has said she will appoint a strong cabinet, forgo what a source close to her called a “presidential style” of government, and she will have to work hard to convince some lawmakers in her party who had supported Sunak in the race. .

The Institute for Government said Truss would have a weaker stance than any of her predecessors because she was not the most popular choice among her party’s lawmakers.

She first addresses the urgent issue of rising energy prices. Average annual household energy bills are set to rise 80% in October to £3,549 before a projected increase to £6,000 in 2023 decimates personal finances.

The campaign, fueled by Prime Minister Boris Johnson’s resignation in July, has highlighted the couple’s differing approaches to tackling the country’s rising cost of living.

Sunak, whose resignation as finance minister over a series of government scandals sparked the leadership contest, is considered a better public speaker.

But he has come under fire for clinging to fiscal orthodoxy to deal with runaway inflation and crippled by his image as a wealthy technocrat.

Secretary of State Truss, on the other hand, has become the favorite in the grassroots Tory vote, the results of which will be announced Monday.

What Liz Truss Said During the Tight British PM Race
British Foreign Secretary Liz Truss said on Sunday she would take immediate action to tackle rising energy bills and boost energy supplies if, as expected, she is appointed prime minister this week.

In the Sunday Telegraph newspaper on the eve of announcing who will replace Prime Minister Boris Johnson, Truss reiterated her pledge to be bold in tackling the UK economy, which is grappling with double-digit inflation and facing a recession.

Truss said she understood “how challenging the cost of living is for everyone,” Truss wrote that she would “take decisive action to ensure families and businesses get through this winter and into the next.”

British Prime Minister Election Results: ‘Worst in-tray’
Whoever emerges as the winner will face “the worst in-tray for a new prime minister since Thatcher,” The Sunday Times wrote.

The UK is gripped by the worst cost of living crisis in generations, with inflation soaring into double digits and energy prices skyrocketing as a result of Russia’s war in Ukraine.

Millions say that with a bill set to rise 80 percent from October — and even higher from January — they will be faced with a painful choice between eating and heating this winter, according to surveys.

Britain’s new prime minister faces a playlist from the 80s: recession, turmoil and runaway prices
Britain’s prime minister-in-waiting, Liz Truss is modeling herself on Margaret Thatcher, judging by her photos that mimic the famous images of the country’s first female prime minister.

If Truss becomes leader of the ruling party on Monday, as is widely expected, she’ll need all the guts and trickery of the Iron Lady as she walks into a scene straight out of the 1980s: an impending recession, industrial unrest and urban decay.

In a sign of the times, an area on the River Mersey near Liverpool that was once an industrial heartland now has a less illustrious claim to fame: families there seek protection from creditors in the country at the fastest rate.

UK PM race: Final countdown begins for Rishi Sunak, Liz Truss
The final countdown in the more than six-week grueling campaign for the ruling Conservative Party to elect a new leader to succeed ousted Boris Johnson as British Prime Minister is now underway, and the winner is between Rishi Sunak and Liz Truss will be announced today.

UK PM favorite Truss pledges immediate action on energy
British Foreign Secretary Liz Truss said on Sunday that in her first week in power, she would take immediate action to tackle rising energy bills and boost energy supplies if, as expected, she is appointed prime minister.
See also  UP Madarsa Survey: In the ABP C Voters Survey said that the Bharatiya Janata Party will benefit from the UP Madrasa survey in the Lok Sabha elections 2024

The ruling Conservative Party is widely expected to appoint Truss as its new leader and Britain’s new prime minister on Monday at a time when the country faces an expected long recession, double-digit inflation and industrial unrest.

It is a long and expensive to-do list for the new leader who will replace Prime Minister Boris Johnson. Truss said she would be bold in tackling the faltering economy, reiterating her promise to boost growth to remedy the long list of ills.

UK prime minister election results live: “Look forward to supporting new government,” Rishi Sunak says ahead of poll results
Rishi Sunak said on Sunday that if he loses the Conservative Party leadership race, his job would be to support the next government and give a first hint of what lies ahead after Monday’s election results to replace Boris Johnson as British Prime Minister.

In his latest interview with the BBC, before the results are announced, the British Indian former Chancellor said he plans to stay on as an MP and continue working for his constituents in Richmond, Yorkshire, if he is defeated by minister State Department Liz Truss. in the race.

Foreign Secretary Liz Truss, who has been the target of scathing disdain from Moscow for months, is expected to defeat rival Rishi Sunak and become Britain’s new leader, succeeding Boris Johnson, when a vote among Conservatives party members will be announced at 1130 GMT. .

“I wouldn’t say things could change for the worse, because it’s hard to imagine anything worse,” Kremlin spokesman Dmitry Peskov said when asked if Moscow expects any shift in relations with Britain.

After weeks of an often ill-tempered and divisive party leadership contest that pitted Truss against Rishi Sunak, a former finance minister, Monday’s announcement at 1130 GMT will herald the start of a transfer of Boris Johnson.