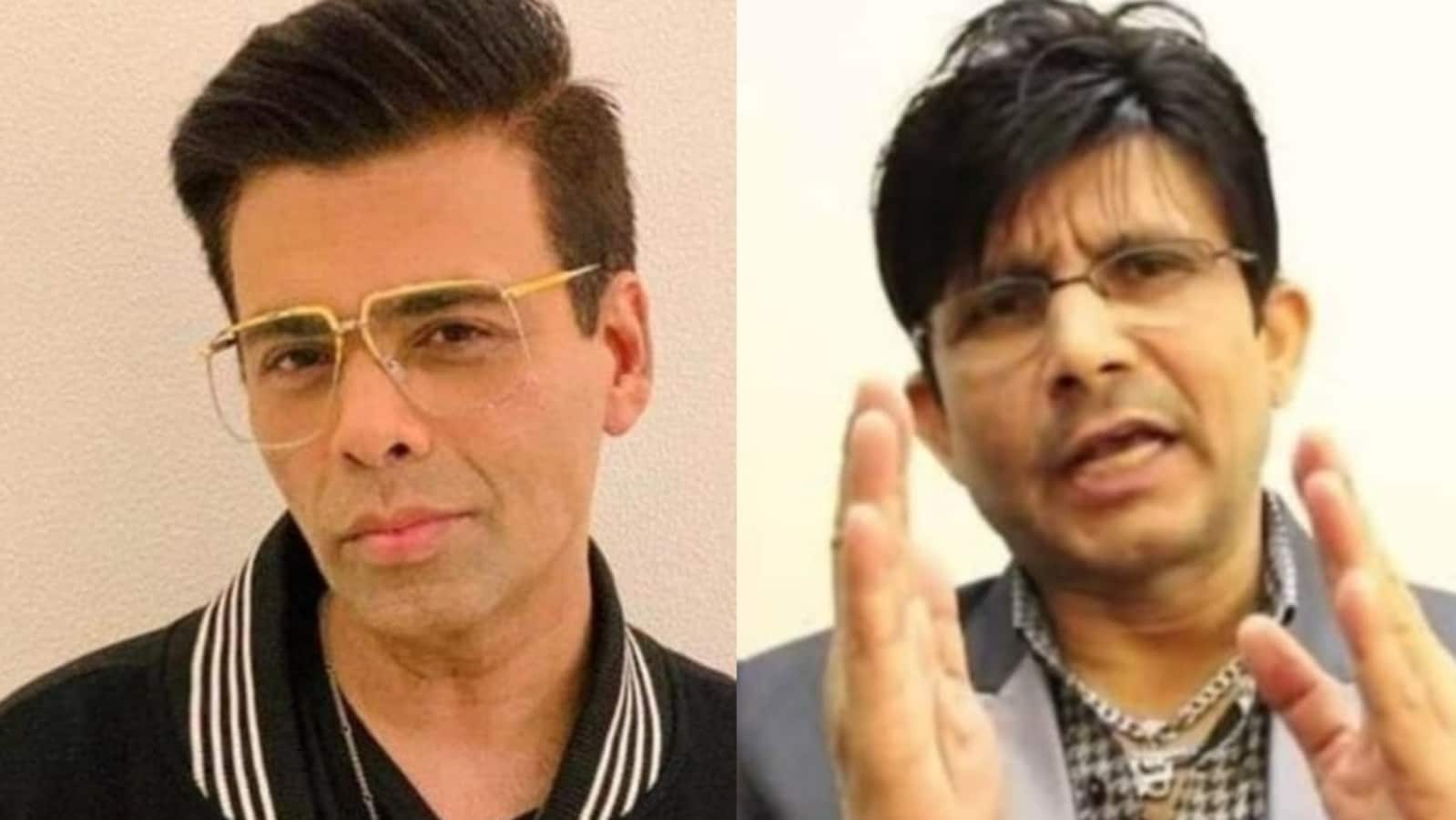 Kamaal R Khan tweeted that Bollywood stars like Karan Johar, Aamir Khan, Ajay Devgn, Akshay Kumar and Shah Rukh Khan were not responsible for his arrest. On Wednesday, the actor-turned-film critic said that many people claimed that Karan was behind his arrest, but that it was “not true.” Kamaal, also known as KRK, was arrested when he landed at Mumbai airport from Dubai on August 30. He was in prison until recently, in connection with two cases from 2020 and 2021 – his old tweets and a sexual assault case, respectively. Read more: Kamaal R Khan says he lost 10kg in 10 days, ‘survived only on water’ in prison

A day after KRK tweeted about his weight loss in prison for “surviving on water alone,” he took to the microblogging site again on Wednesday to make it clear that Bollywood celebrities such as filmmaker Karan Johar were not responsible for his arrest. KRK tweeted: “Many people say Karan Johar was behind my arrest. No, that is not true. Karan SRK Aamir Ajay Akshay etc have nothing to do with my arrest.” While tagging Karan in his tweet, he used hashtags for Aamir Khan, Ajay Devgn, Akshay Kumar and Shah Rukh Khan.

Many responded to KRK’s tweet. One person wondered why he omitted the name of actor Salman Khan in his statement. “Ishara kidhar hai toh fir, sallu bhaii (are you suggesting that Salman Khan played a role in your arrest)? Another wanted KRK to return to his old habits, where he often immersed himself in celebrities and movies. The Twitter user said: “Humko old KRK mangata hai, itna acha KRK nehi chahiye (We want the old KRK back, we don’t want you all to be nice to people).”

See also  Laal Singh Chaddha defeats Shah Rukh Khan’s Zero at the box office to emerge as the biggest Khan disaster of all time; losses to be in excess of Rs. 100 crores :Bollywood Box Office

Kamaal R Khan, aka KRK, recently made his comeback on Twitter after his return from prison, announcing: “I’m back for my revenge.” He had also tweeted that he was being tortured and threatened with his life.

KRK was arrested by Mumbai police on two separate charges, a 2020 case of allegedly derogatory tweets about Akshay Kumar and filmmaker Ram Gopal Verma, and a charge filed against him at Versova Police Station in 2021. He was recently released on bail by a Mumbai court.