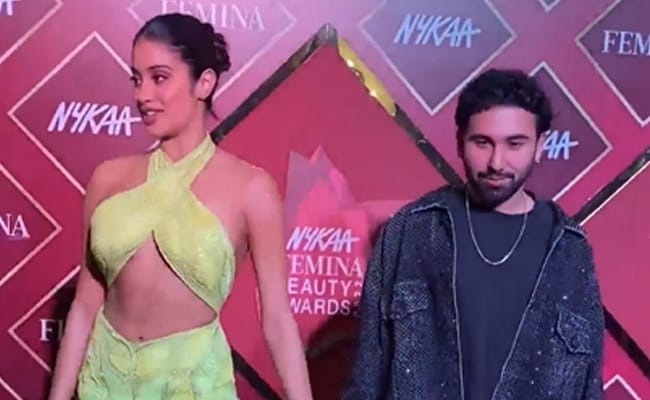 Janhvi Kapoor with Orhan Awatramani on the red carpet.

Here is a picture of Janhvi Kapoor on the red carpet.

Janhvi Kapoor on the red carpet.

Janhvi Kapoor, who recently returned from her vacation in the Maldives, shared photos of her OOTD and she wrote, “Obviously it still feels tropical.” In the comments section of her post, Orhan wrote, “Beautiful.”

Janhvi Kapoor and Orhan regularly feature in trends for their Instagram exchanges. On Janhvi’s message from the Maldives, Orhan remarked, “I am on an island even if we are close.”

On the work front, Janhvi Kapoor was last seen in the thriller Mili. She is known for starring in movies like Roohi, Gunjan Saxena: The Kargil Girl, Ghost Stories and Good luck Jerry among other things. Her upcoming projects include Dosta 2, Bawaal and Mr and Mrs Mahi.