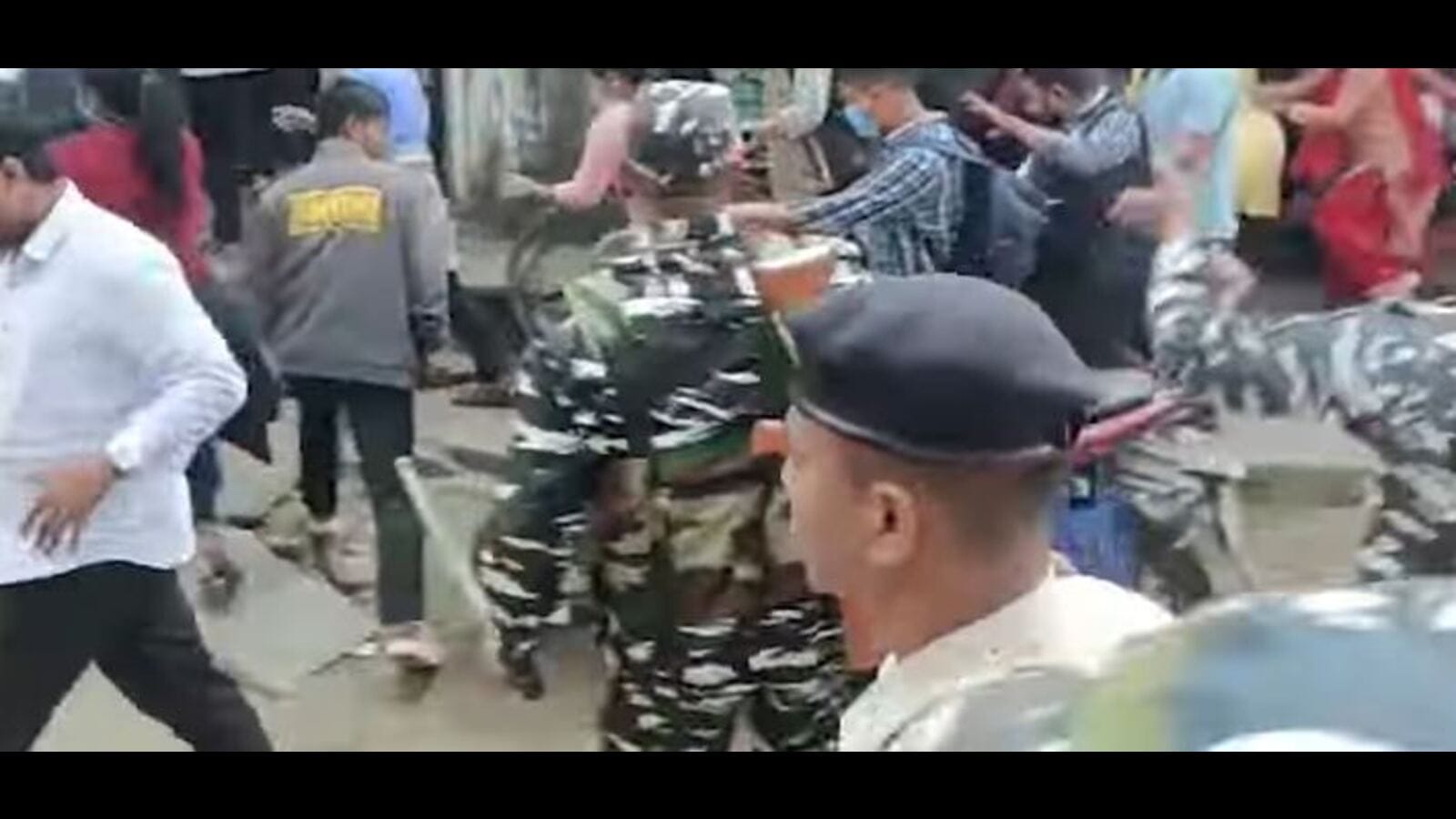 AGARTALATen people, who were part of a protest to ask the Tripura government to speed up the process of recruiting teachers, were detained after the police baton ordered protesters to disperse them, police said.

Police said the protesters gathered outside Education Minister Ratan Lal Nath’s residence in Tripura on Monday and refused to disperse even after the minister met them. The candidates said 40 of the approximately 300 people who were part of the protest were injured in the baton attack. The protesters said they passed the graduate teacher selection test (STGT) conducted for recruitment, but suffered because the government did not process their appointment.

The candidates claimed that the state has only hired 616 teachers between 2019 and 2022, even though 8,000-10,000 secondary school teachers have retired in recent years.

“The minister agreed with our plea, but said that the finance department had not approved our recruitment file due to a lack of funds. We went to the minister, but the police beat us severely, injuring more than 40 of us,” said one of them.

Police said the protesters left them no option when they refused to end their protest, even after meeting the minister and blocking a road near the minister’s residence.

Mild force was used to disperse them. Nearly 10 of them were detained,” Sadar subdivision police officer Ajay Kumar Das said. He denied allegations that police had also attacked a protester who was pregnant.

The Left Front’s Tripura Committee condemned the incident, claiming that the incident was caused by the minister.

“The barbaric attack on the teachers was ordered by the minister of education. Many, including a pregnant jobseeker, were injured in the incident,” said a statement from the Left Front.

BJP spokesperson Nabendu Bhattacharya said, “The dossier is yet to be approved by the finance department. The government is taking all possible measures. In addition, not all agitators were STGT-selected candidates.”