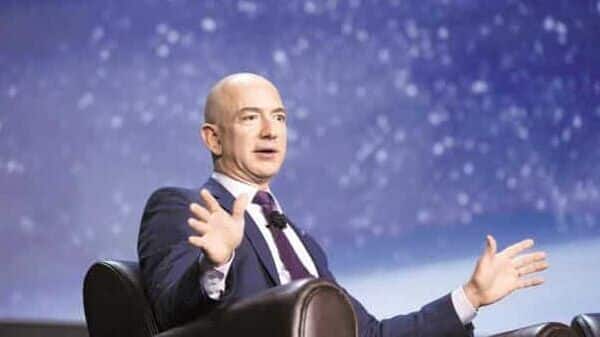 The wealth of America’s richest billionaires collapsed on Tuesday as higher-than-expected US inflation data circulated on Wall Street. Jeff Bezos’ net worth fell by $9.8 billion (approximately 80,000 crore) per day, most of which are tracked by the Bloomberg Billionaires Index.

Meanwhile, the wealth of the world’s richest person Elon Musk fell by $8.4 billion (approximately 70,000 crores). The fortunes of Mark Zuckerberg, Larry Page, Sergey Brin and Steve Ballmer all fell by more than $4 billion, while Warren Buffett and Bill Gates lost $3.4 billion and $2.8 billion, respectively, according to Bloomberg data.

Jeff Bezos is the founder of Amazon, the world’s largest online retailer. The Seattle-based company sells electronics, homeware and other products through its flagship website. He also owns the space exploration company Blue Origin.

Musk is the CEO of Tesla, which sells electric vehicles and solar batteries for the home. Musk is also the chief executive of SpaceX, a rocket manufacturer tapped by NASA to supply the space station, and has a stake in social networking company Twitter.

The Bloomberg Billionaires Index is a daily ranking of the richest people in the world. The numbers are updated at the end of each New York trading day.

The US consumer price index (CPI) rose 0.1% from July, after no change from the previous month, data from the Labor Department shows. Year-on-year, prices rose 8.3%, a slight slowdown but still ahead of the median estimate of 8.1%. The so-called core CPI, which removes the more volatile food and energy components, also outperformed forecasts.

Wall Street stocks collapsed, with the Dow losing nearly 1,300 points and the S&P 500 falling 4.3 percent, following the hotter-than-expected report, closely watched by the Federal Reserve as it prepares for its next interest rate decision next week. Fed Chair Jerome Powell has made it clear that borrowing rate hikes would continue until inflation is tamed. Inflation has soared around the world this year due to skyrocketing energy and food bills.

Stocks had rebounded in recent days as investors clung to hopes that slowing price increases would allow the Federal Reserve to eventually reverse its grueling fight against inflation, but the data shattered those hopes for now.

(With input from Bloomberg)