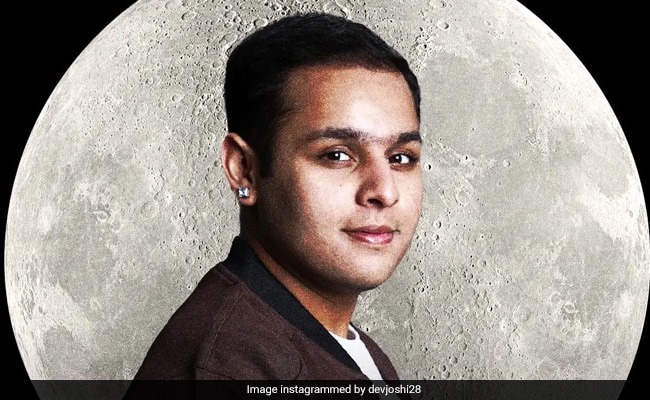 Dev Joshi is best known for his role in the superhero TV show ‘Baal Veer’.

Television actor Dev Joshi announced on Friday that he will join the “dearMoon CREW” and embark on a week-long trip around the moon in a SpaceX rocket in 2023. First announced in 2017, the ‘dearMoon’ project is the first civilian mission to the moon. According to the project website, Japanese billionaire Yusaku Maezawa, who bought all the seats aboard the rocket in 2018, revealed on Friday the name of the eight people who will accompany him for the completely private mission to the moon.

On Instagram, Mr. Joshi, the star boy who appeared in the TV series ‘Baal Veer’, said he is “proud to be a part of such an extraordinary, incredible, once-in-a-lifetime project”. “Life has always surprised me with new opportunities and this is the biggest one I can ever think of!” He wrote. “I am proud to represent my beautiful country India on a global scale in this Universal project,” added Mr. Joshi.

Dev Joshi is best known for his role in the superhero TV show Bale Veer. According to his official website, he started acting at the age of 3 and has appeared in several commercials and television shows along with a number of feature films and music videos. In 2019, Mr. Joshi was even awarded the “Bal Shakti Puraskar”, the highest civilian honor in India under the age of 18, by the former President of India, Ramnath Kovind.

When selected to be part of the DearMoon mission, Mr. Joshi said, “Always be positive and be passionate, because miracles do happen, and they always do, which came in the form of DearMoon for me!”

Also read | When their flight was canceled, 13 strangers decided to do it

According to the mission profile on the DearMoon website, the round trip would take nearly six days and circumnavigate the moon without landing. When completed, SpaceX’s starship will be the most powerful rocket ever built.