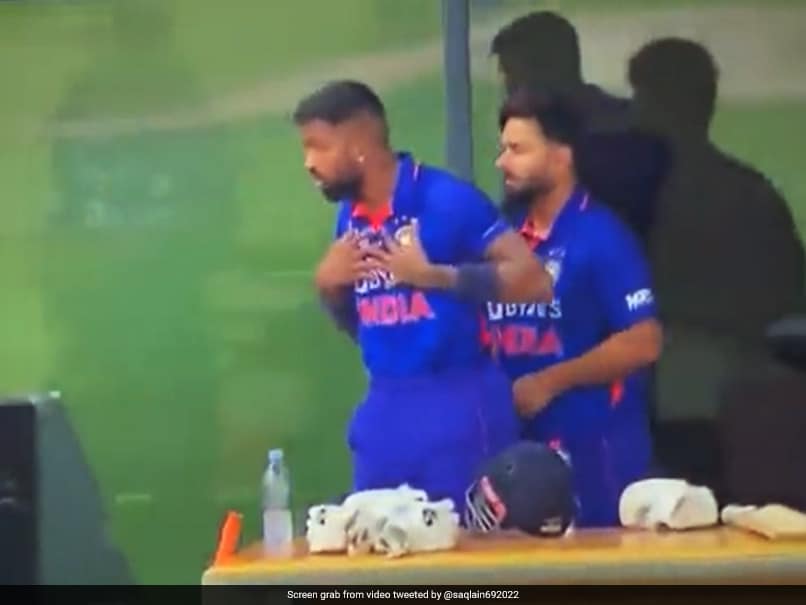 India are on the brink of being eliminated from the Asian Cup after defeats to Pakistan and Sri Lanka in the Super 4 stage. On Tuesday, Sri Lanka defeated India by six wickets in Dubai to virtually secure their place in the final. India’s batting line-up struggled against the Lankan bowlers, with Rohit Sharma’s 41-ball 72 the standout performance. Apart from Rohit, only Suryakumar Yadav made a meaningful contribution, scoring 34 out of 29. The team management also shook up the batting order a bit, sending Hardik Pandya out in front of Rishabh Pant, who usually hits above the all-rounder.

When the third wicket fell for India, Pant got ready to step out, but he and Hardik were told it was the last to go out first.

There seemed to be a bit of confusion, as Hardik confirmed if all he had to do was go outside. Pant then sat down while Hardik put on his helmet.

How much the move helped India is debatable as both batters registered identical scores of 17 on 13 deliveries each.

India posted a total of 173/8 in their 20 overs after batting through Sri Lanka.

Sri Lanka got off to a great start in their pursuit, with their openers stitching a 97-run partnership for all but taking the game away from India.

Pathum Nissanka scored 52 out of 37 while Kusal Mendis went on to get 57 out of 37 deliveries.

Nissanka’s wicket caused a mini-collapse for Sri Lanka as they lost four wickets in the space of 13 runs, but captain Dasun Shanaka along with veteran Bhanuka Rajapaksa sent them home with a delivery left and no further additions to the wickets column.