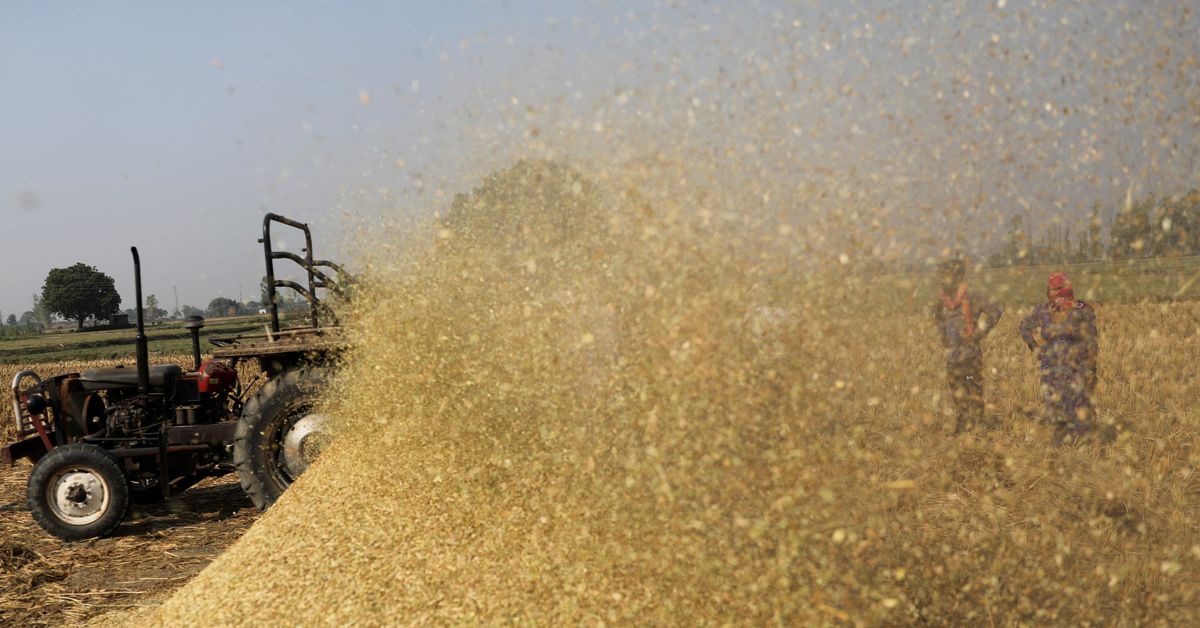 MUMBAI, Sept. 8 (Reuters) – India on Thursday imposed a 20% tariff on exports of several types of rice as the world’s largest exporter of the grain tries to increase supplies and calm local prices after plantings fall below the average monsoon rains.

India exports rice to more than 150 countries, and any cuts in supplies would increase upward pressure on food prices, which are already rising due to drought, heat waves and Russia’s invasion of Ukraine.

The new levy is likely to discourage buyers from making purchases in India and push them to shift to rivals Thailand and Vietnam, which have struggled to get more shipments and raise prices.

The government has excluded parboiled rice and basmati rice from the export tax, which will take effect from 9 September.

The law will affect white and brown rice, which account for more than 60% of India’s exports, said BV Krishna Rao, president of the All India Rice Exporters Association.

“With this levy, Indian rice shipments will become uncompetitive in the global market. Buyers will shift to Thailand and Vietnam,” Rao said.

India accounts for more than 40% of global rice shipments and competes with Thailand, Vietnam, Pakistan and Myanmar in the global market.

Below-average rainfall in key rice-producing states such as West Bengal, Bihar and Uttar Pradesh has raised concerns about rice production in India. The country has already banned the export of wheat and restricted sugar transport this year. read more

Indian exports are expected to fall by at least 25% in the coming months as a result of the excise duty, said Himanshu Agarwal, executive director of Satyam Balajee, India’s largest rice exporter.

Exporters want the government to provide some relief from export contracts that have already been signed, with ships being loaded in ports.

“Buyers cannot pay 20% more than the agreed price and even sellers cannot afford the levy. The government should exempt contracts already signed from the levy,” Agarwal said.

India has been the cheapest rice supplier by a huge margin, and that has protected African countries like Nigeria, Benin and Cameroon to some extent from a surge in wheat and maize prices, said a Mumbai-based dealer with a global trading company.

“Except rice, prices of all food crops rose. Rice is now joining the rally,” he said.