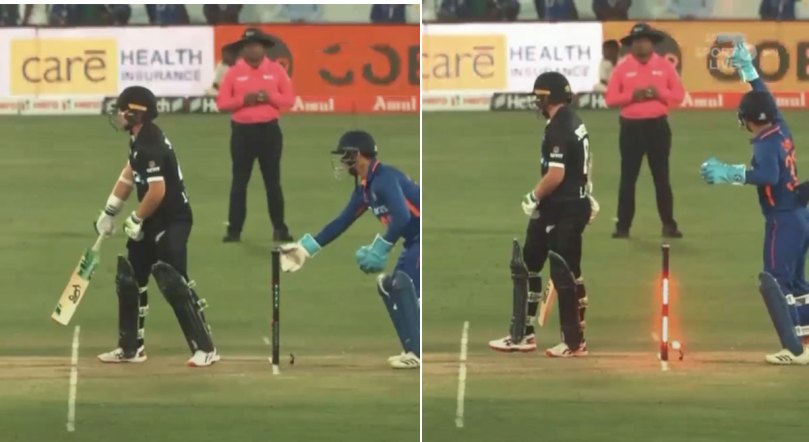 IND vs NZ LIVE – Ishan Kishan escapes suspension: Did Ishan Kishan intentionally cheat umpires during 1st ODI? The verdict on the matter has been announced. ICC Match Referee Javagal Srinath has left Kishan with a warning. According to a report from Kiwi media, Ishan Kishan could have received a four match suspension. The alleged charge against Kishan was ‘DECISION by a referee in an attempt to gain an unfair advantage during the 1st ODI’. But the report claims that Srinath decides to take no further action: Follow INDIA vs New Zealand LIVE & IND NZ Indore ODI LIVE Updates with InsideSport.IN

IND vs NZ LIVE: Greatest gesture of INDIAN Cricket team, watch them pray for the restoration of RISHABH Pant at Mahakaleshwar TEMPLE in Ujjain

Did Ishan Kishan DONE? The Whole Chain of Events EXPLAINED: According to the report, the Indian Wicket-Keeper batsman was clearly trying to deceive an umpire while appealing the wicket of Black Caps captain Tom Latham. 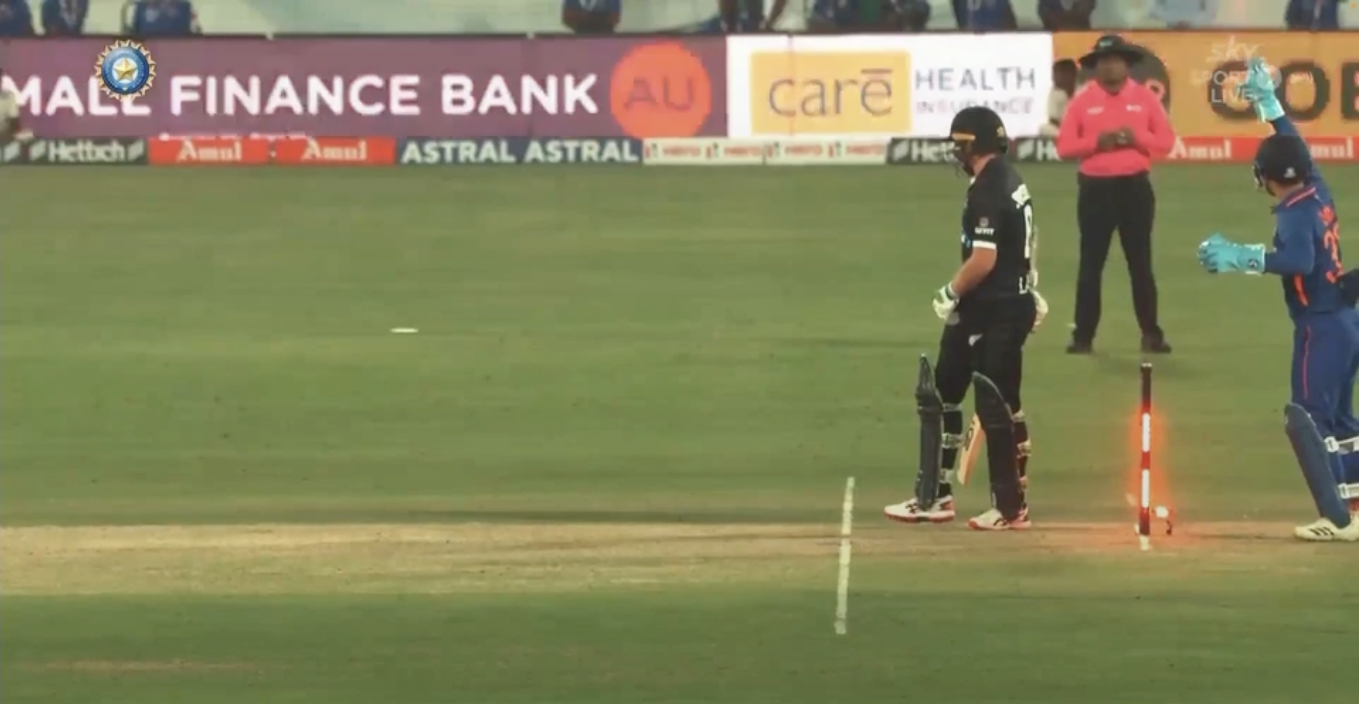 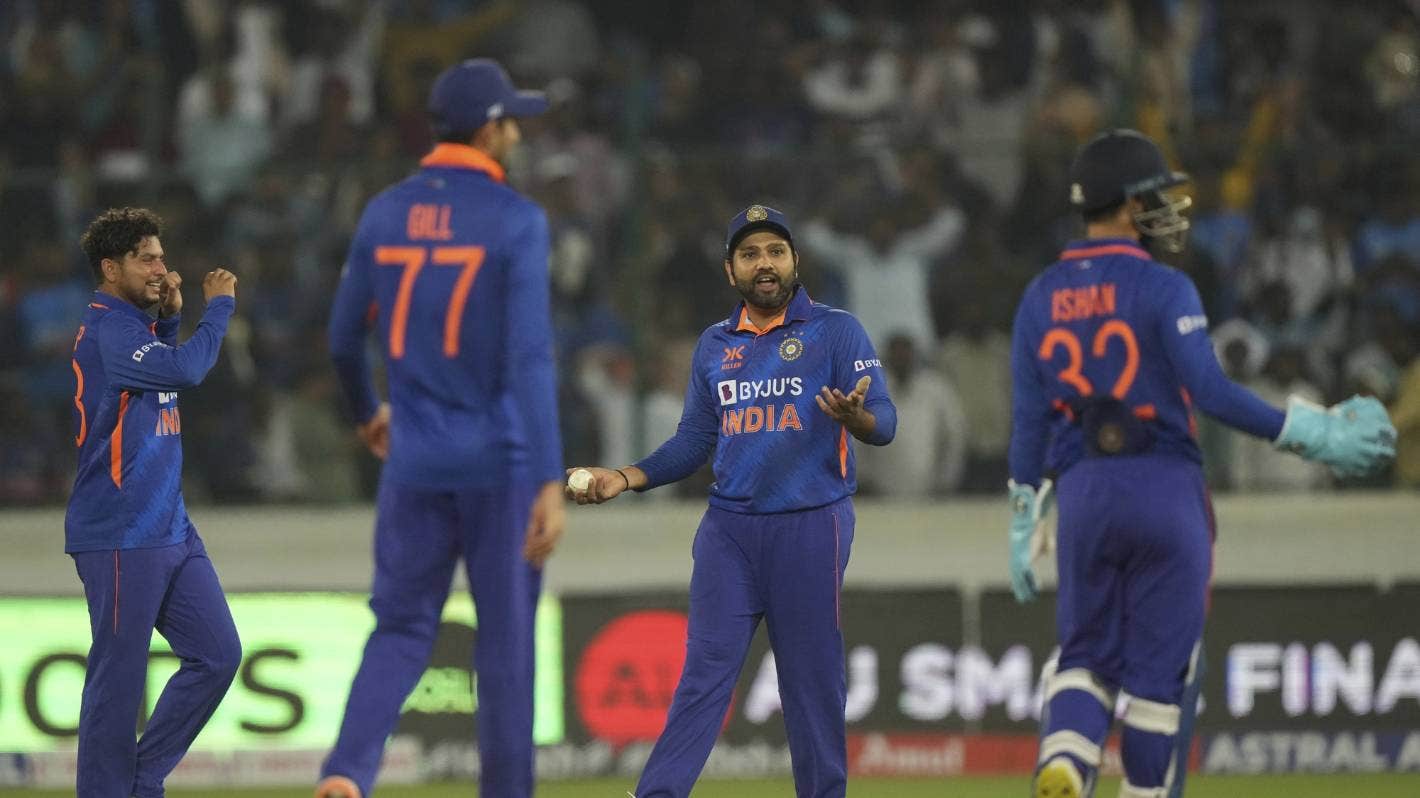 Even Indian captain Rohit Sharma was stunned. Before appealing, he asked the wicketkeeper – what is going on with his call-up for New Zealand captain Tom Latham’s wicket during the first ODI of the series in Hyderabad?

Did Ishan Kishan DONE? What does the ICC Code of Conduct say? Why didn’t Srinath hand over the PUNISHMENT to Kishan?

The ICC’s code of conduct is clear that it is a LEVEL 3 violation, the report says. Kishan should have been charged with the LEVEL 3 violation when he tried to gain an unfair advantage. This charge will result in a suspension from four to twelve ODIs or Twenty20 internationals.

Article 2.15 of the ICC Code of Conduct includes ‘Attempting to gain an unfair advantage in an international match’ “deliberate attempts to mislead an umpire”.

The Code also says: “In assessing the seriousness of the violation, consideration should be given to whether the conduct was intentional, reckless and/or negligent on the part of the player concerned.”

Why didn’t Srinath Ishan Kishan PUNISH? The report says that Srinath took no action – probably because neither referee Anil Chaudhary nor Nitin Menon Kishan officially reported on the incident.

India won the first two ODIs to clinch the series. The final battle will be played in Indore on Tuesday.