Increase in admissions, decrease in schools: India’s education system leaves a lot to be desired 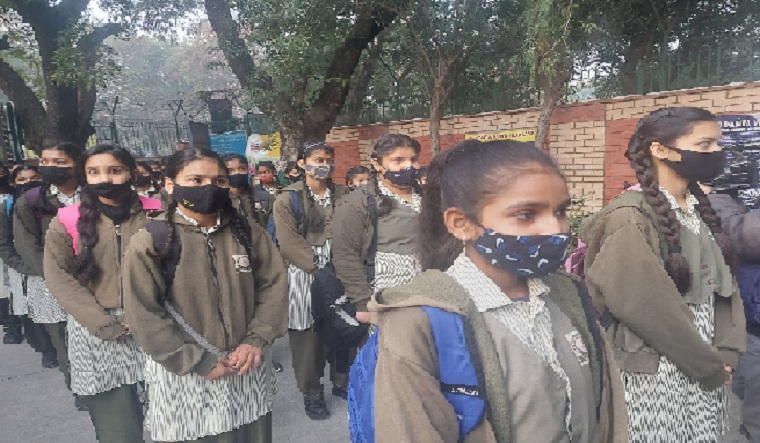 Total enrollment in schools at all levels (grades 1 through XII) increased by 0.76 percent in 2021-2022 compared to 2020-21. This is indeed great news, especially in a year when the pandemic was at its peak and devastated the entire country.

According to an in-depth analysis of the UDISE+ (United District Information System for Education Plus) report by CRY – Child Rights and You, the total enrollment of all schools in the UDISE+ system, from pre-school to upper secondary, has increased the 26.52 crore exceeded. 2021-2022, although at kindergarten and primary level, it is down from 2020-21.

While enrollment of students in pre-primary to upper secondary education has increased by 7.85 lakh in 2021-22 compared to 2020-21, enrollment in pre-primary classes has decreased by 11.5 lakh. According to the field experience gained in CRY intervention areas in 18 states, this decline can be attributed to the postponement of admissions due to the outbreak of the pandemic and prolonged school closures.

According to the report, more than 20,000 schools across the country have closed or merged in 2020-2021 and the number of teachers has fallen by nearly 1.95 percent compared to the previous year.

Similar trends have also been observed in several CRY intervention states where many schools have closed or merged with neighboring schools in the past year. A detailed analysis of the report revealed that in states like Madhya Pradesh, Assam, Andhra Pradesh, Odisha, Uttar Pradesh and Rajasthan, the status is of concern. Madhya Pradesh had the largest number of schools closed (7,689), followed by Assam (4,344). Odisha (1,894), Andhra Pradesh (1,395), Uttar Pradesh (1,143) and Rajasthan (1,003) also show poor figures.

Similarly, the Gender Parity Index, which assesses the proportional representation of women in school education, shows positive trends across all levels of education.

However, student-teacher ratio (PTR) trends over the past few years show a mixed scenario. According to the recent UDISE+ report, the PTR currently stands at 28 nationally (an average of one teacher for every 28 students, at any specific level of education in a given academic year), some states including Bihar (47), Jharkhand (38), West Bengal (32) Uttar Pradesh (31) and Gujarat (31) lag behind.

The UDISE+ report also suggests that less than half of all schools (44.85 percent) have computer facilities and only a third of schools (nearly 34 percent) have access to the internet. More importantly, 10.7 percent of schools have no electricity connection. Now that the new education policy focuses on computer-assisted education for all children, it is clear that we are still a long way from this ambitious goal.

In summary, while school education in India is desperately trying to get back to normal and posting some encouraging figures, there are quite a few areas, such as teacher recruitment, that need to be addressed urgently. I am convinced that only with needs-based planning, adequate public services and a clear focus on implementing those plans will we be able to deliver on our promises to our children.

Puja Marwaha is the CEO of NGO Child Rights and You (CRY). The opinions expressed in this article are those of the author and are not intended to represent the opinions or views of THE WEEK.