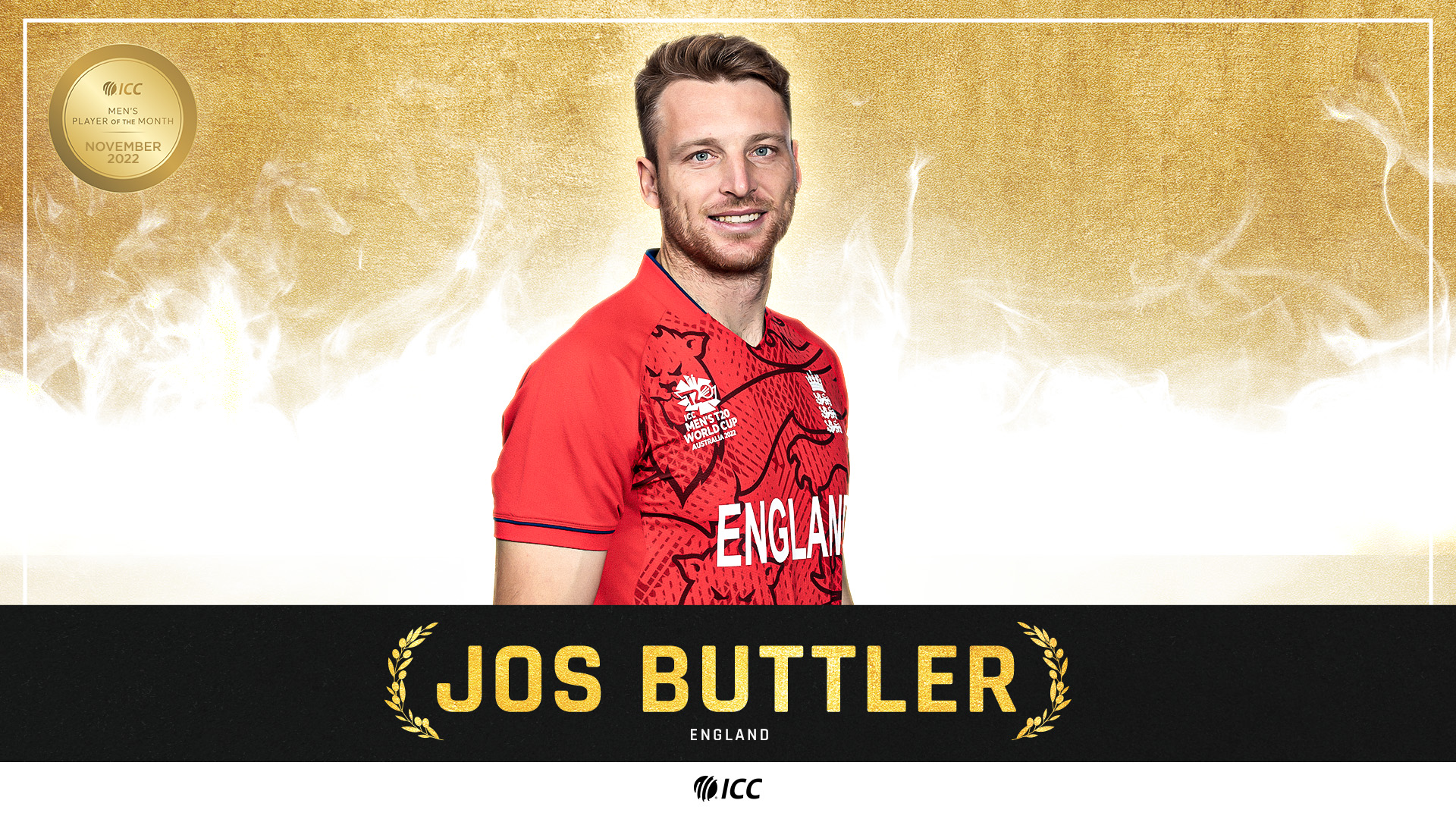 England star Jos Buttler has been crowned ICC Men’s Player of the Month for November 2022 after leading his side to the T20 World Cup title.

Buttler beat competition from compatriot Adil Rashid and Shaheen Shah Afridi to win the award after a strong performance in the crucial semi-final against India and leading England to their first ICC Men’s T20 World Cup title since 2010.

Buttler entered an unbeaten 170-run partnership with Alex Hales for the opening wicket in the pursuit against India in the semi-final of the T20 World Cup.

Skipper’s unbeaten 49-ball 80 had nine fours and three sixes as England reached the final of the tournament where they defeated Pakistan to be crowned champions.

Buttler passed fifty in two of the four T20Is he played in the month, aside from guiding his team’s journey to the coveted title.

Buttler said it was a great honor to win the award and gave special praise to the fans who voted and his teammates whom he led to Australia’s T20 World Cup title in outstanding fashion.

“I want to thank the fans for voting for me as ICC Player of the Month for November,” he said.

“This award is thanks to the efforts of my teammates in what has been the most incredible month of cricket, culminating in winning the ICC Men’s T20 World Cup in Australia.

“It ranks among the best months of cricket I’ve been involved in, and leading a group of players to the ultimate accolade of becoming world champions has been quite special.”

The unseen footage after England triumphed in the T20 World Cup Final against Pakistan at the MCG.

“Jos continues to show the world why he is one of the best white ball players to grace the game,” said Greenway.

“Fearless, capable and a fantastic leader who, when he came into the tournament, had big shoes to fill following the departure of Eoin Morgan.

“Determined to do things his way has paid off hugely in his and his team’s performance.”