‘I wasn’t in Ranji squad, Chetan sir called and said I’ve been picked for India’ | Cricket 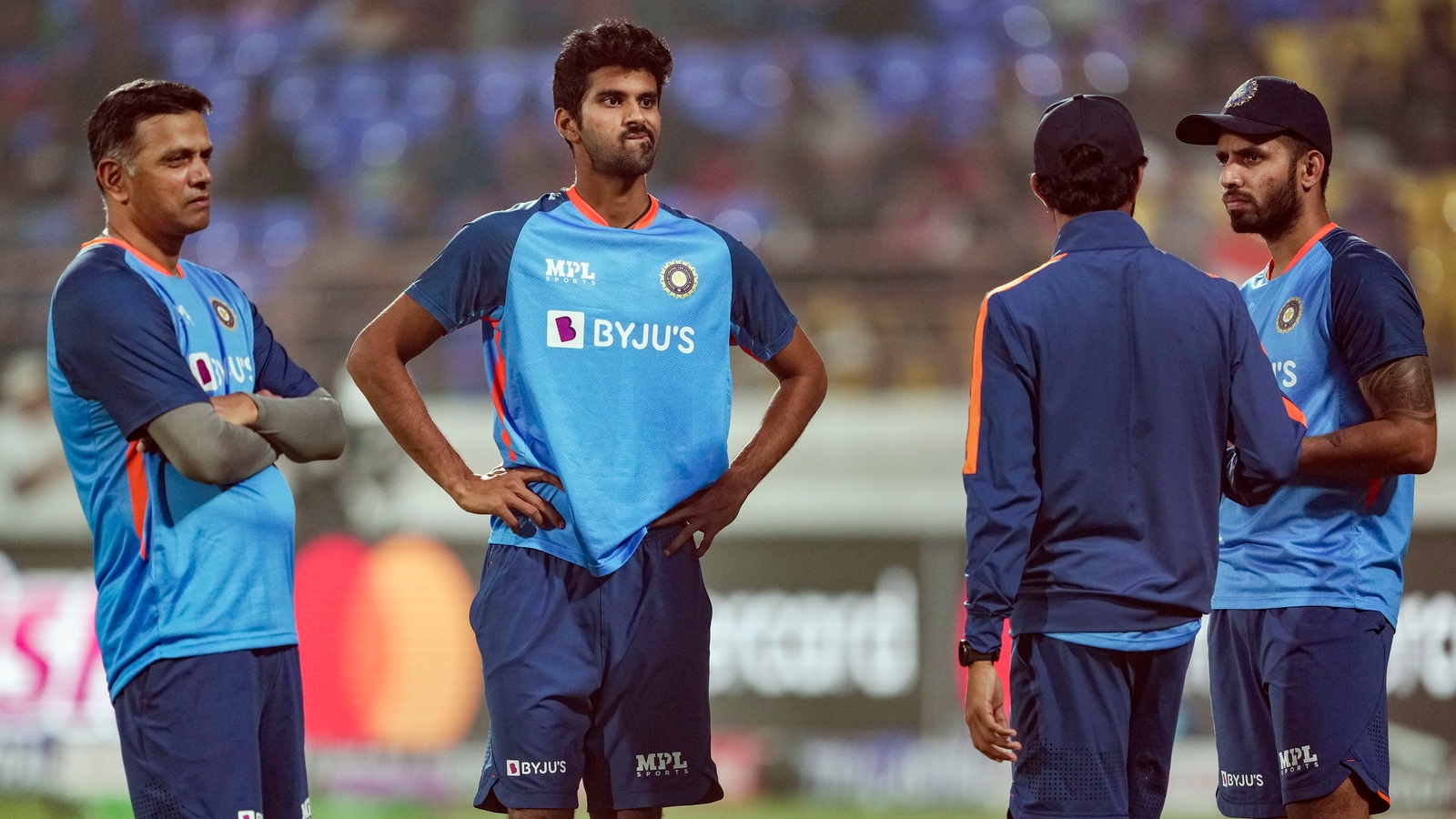 Patience and Jitesh Sharma go hand in hand. The same goes for sudden events. For the most part, its cricket journey is like a soothing soundtrack, but on a few occasions it can also put high-octane action thrillers to shame. The Amaravati-born wicket-keeper batsman happens to be a cricketer first and foremost. He wanted to join the armed forces and opted for cricket as the army tests gave 4% grace points to those representing the state in Maharashtra. It was only when he got into Vidarbha’s U19 side that he started taking cricket seriously as the first choice in his career.

Jitesh made his List A debut in 2014, scoring a century in his third match against an Uttar Pradesh side captained by then Indian spinner Piyush Chawla. His exploits at the top of the order soon caught the attention of the IPL scouts and he was picked up by Mumbai Indians in 2017. But that was it, the waiting game began.

Jitesh was unable to break into the playing XI of the star-studded Mumbai Indians who eventually won the title that year. He was released shortly afterwards. His domestic career waned for a few years before he decided to drop back in the batting order. From an opener, he turned into a finisher in the 2021-2022 season of the Syed Mushtaq Ali Trophy and immediately turned heads with his six at bat abilities. He finished as the highest six-hitter in the tournament with 19 sixes.

This time Punjab Kings picked him up. Five years after such a close-but-so-far season with MI, Jitesh made his IPL debut for PBKS. He played 12 matches last year and scored with a strike rate of 163. “Everything changed from then on. No one expects a domestic player to score instantly with a strike rate of 160. Most IPL franchises think their main capped players will score. But after playing domestic cricket for so many years i know how to handle situations because the fundamentals of cricket don’t change,” said Jitesh Hindustan Times in an exclusive chat.

The right-hander backed up the IPL performance with another good outing in the Syed Mushtaq Ali T20s, hitting 13 sixes in 10 matches to play a vital role in Vidarbha’s semi-final.

The next Vijay Hazare Trophy (domestic 50-over tournament) was not so good for the right-handed wicketkeeper batter. Just as he was mentally preparing for another long journey, waiting for the IPL as he was not part of the Ranji Trophy squad, he received a call from the chairman of the selectors of India. “Mr Chetan Sharma called me and said ‘You have been selected for two remaining Sri Lanka matches’. I have not had a moment to celebrate as I had to run to Pune for the remaining matches,” the 29-year-old said. He was named as the replacement for Sanju Samson, who was out with a knee injury, for the two T20Is against Sri Lanka.

“I didn’t know I was going to get a call. I wasn’t expecting a call. I was preparing myself for the IPL because I wasn’t on the Ranji Trophy team. So I was working on my fitness. Suddenly I got the call. Obviously it was “I am happy and excited to get the opportunity. After that call everything changed. I get a lot of calls from my family, school and clubs, but I keep it simple. I am preparing for every opportunity,” he said.

The attacking right-hander was retained in the Indian squad for the New Zealand T20Is from January 27. “I feel much more responsible now. I feel strong when I enter the dressing room. Ye India ka call mila hai means (I have a call for India) I am a strong person to handle this responsibility. I don’t feel any extra pressure,” he added.

Asked if his role in the Indian team is defined, Jitesh said he knows he has to hit in the middle and play attacking cricket. “Yes, I know my role. I will play as a finisher if I get the chance. I know a lot of these guys (Suryakumar Yadav, Hardik Pandya) because we played against each other in domestic cricket or IPL. Adjustment was no problem. They were all very welcoming.”

Jitesh also talked about the difference between the atmosphere in the IPL and the Indian dressing room.

“In the Indian dressing room you get a homely feeling. Apne log hai apni bhasha mein baatein karte hai (We can talk and discuss things in our language),’ he said.

Selected as a back-up keeper, Jitesh knows he has to keep working on keeping skills and hitting to get that Indian cap.

“Holding really helps me. If I stay good, it translates into my batting. As a keeper I get a good idea of ​​how the field behaves,” he said.

Amazing as it may sound, Jitesh Sharma’s mother does not know the details about his cricketing achievements. All she cares about is her son’s well-being and happiness.

“My mother is a simple woman. She still doesn’t know that I am playing in the IPL or that I have been selected for the Indian team. She asks me if I can bowl or not. I say yes, without even trying to convince her I’m a goalkeeper batter. Every time I pack my bags to leave she will always warn me not to do anything out of the ordinary or anything that could get me in trouble. To her, I will always be her little one, no matter what I do on the cricket field,” he said.