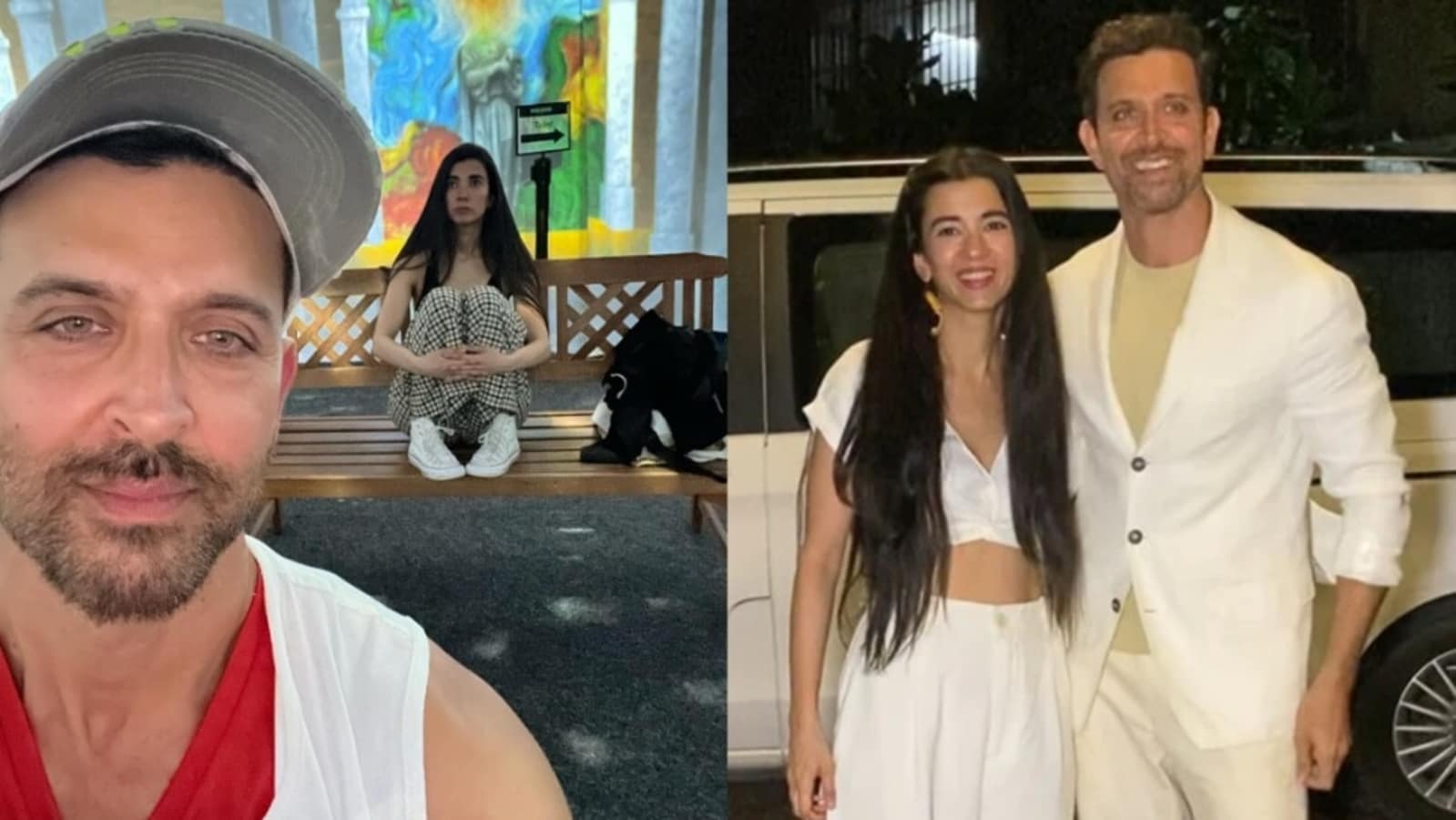 Actor Hrithik Roshan took a trip down memory lane and shared a throwback photo with his actor girlfriend Saba Azad from their trip to London. On Instagram, Hrithik posted the photo from their summer vacation to the UK earlier this year. (Read also | Saba Azad and Hrithik Roshan look adorable together as they attend a wedding reception)

In the photo, a selfie that Hrithik clicked, Saba was seen sitting on a bench looking away from the camera. She had a serious expression on her face as she looked up while keeping her legs on the couch and holding them. Hrithik was seen smiling looking at Saba. Hrithik posted the photo on the occasion of Karwa Chauth.

For their outing, Saba wore a black and white dress and sneakers. Hrithik opted for a red and white outfit. Hrithik shared the photo, captioning it: “Girl on a bench (red heart emoji). Summer 2022. London. Van Gogh’s immersive experience.” In response to the post, Hrithik’s cousin Pashmina Roshan wrote: “Cuties.”

Recently, Hrithik and Saba attended the wedding reception of actor-couple Ali Fazal and Richa Chadha. The duo were all smiles as they posed for the camera. While Hrithik was dressed in a black suit, Saba opted for a green kurta set.

Rumors of the relationship between Hrithik and Saba started when they were spotted together at a dinner party in February this year. Later, Saba also joined Hrithik’s family for a get-together. The rumors came to an end after the two walked hand in hand at filmmaker Karan Johar’s 50th birthday party.

Saba is both an actor and a singer. She was a part of many Bollywood movies like Detective Byomkesh Bakshi, Shaandaar and Karwaan. She will next be seen in the movie Songs of Paradise.

Hrithik was last seen in Vikram Vedha, which hit theaters on September 30. It is an official Hindi remake of the Tamil film of the same title, starring R Madhavan and Vijay Sethupathi in the lead roles. The remake also features Saif Ali Khan. He will star alongside Deepika Padukone in director Siddharth Anand’s action thriller film Fighter.

Anurag Kashyap Went to Rehab Thrice, Had a Heart Attack; Filmmaker Opens Up About His Struggles