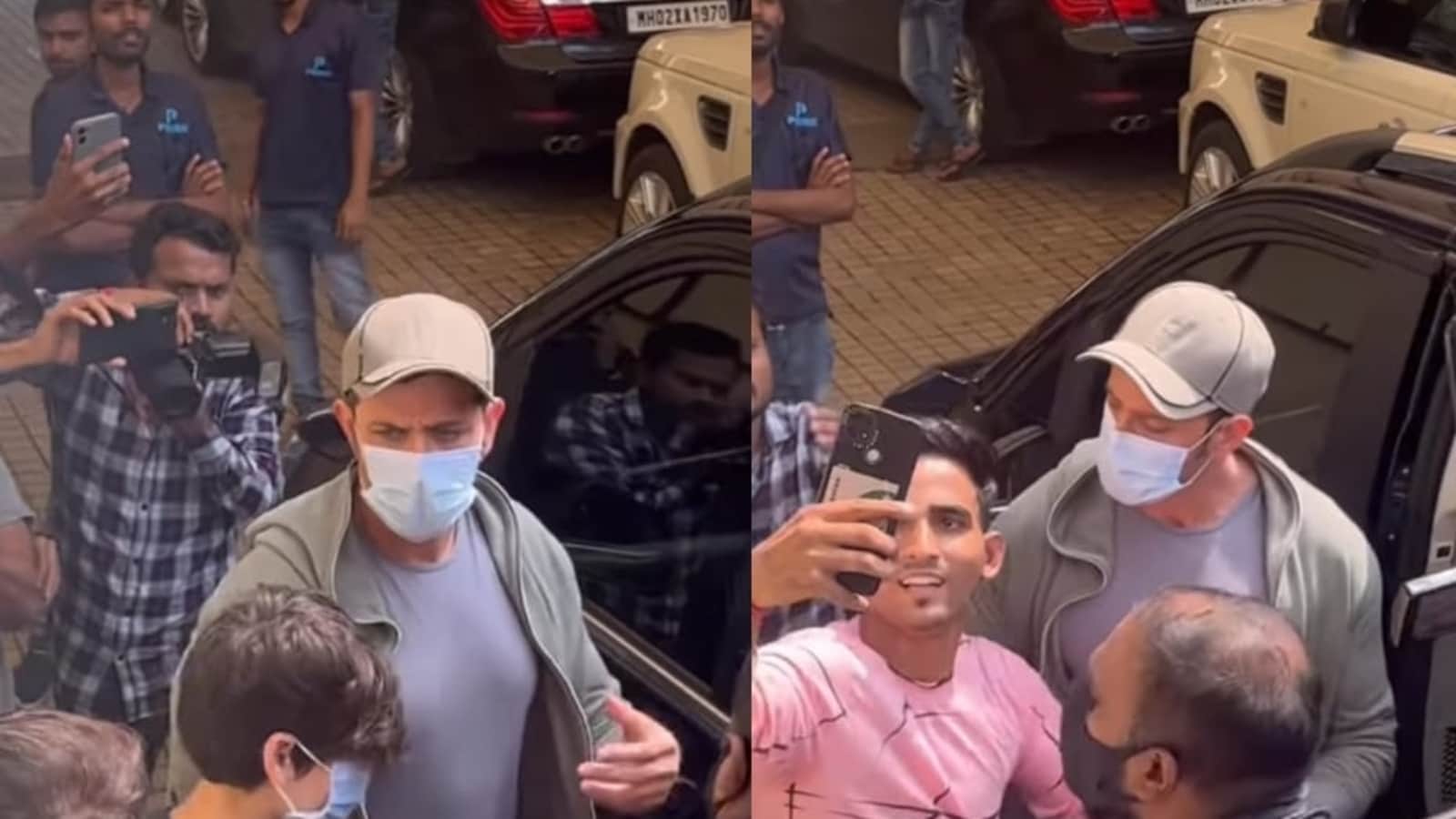 Hrithik Roshan was upset after a fan recently violently tried to take a selfie with him. The actor, who will soon be seen in Vikram Vedha, was spotted leaving a Mumbai cinema after seeing Alia Bhatt and Ranbir Kapoor starrer Brahmastra with his sons Hrehaan Roshan and Hridhaan Roshan. A video of Hrithik getting mad at the fan was shared on paparazzi and social media fan pages. Read more: Inside Rakesh Roshan’s birthday with Hrithik Roshan, grandsons and all the family

In the clip, Hrithik was standing by his car, ensuring the safety of his sons as they got into the car. A fan was seen breaking past the actor’s security and forcefully taking a selfie with Hrithik Roshan, even as he appeared angry at his behaviour. Soon, someone from Hrithik’s team pushed the fan away from the actor, looking angry. Before getting into his car and leaving, Hrithik said to the fan, “Kya kar raha hai (what are you doing)?”

A few weeks ago, a similar incident occurred with actor Shah Rukh Khan as he was leaving Mumbai airport. After a fan forcibly tried to take a selfie with Shah Rukh, the actor looked upset. He was accompanied by son Aryan Khan, who was seen trying to protect his father as they went to their car.

Hrithik will be co-starring with Saif Ali Khan in their upcoming movie Vikram Vedha. The film is scheduled for September 30. The trailer for the film, the official Hindi remake of the Tamil film of the same name, was released earlier this week. The Tamil film starred R Madhavan as the cop while Vijay Sethupathi played the role of gangster. Radhika Apte will also be featured in the Hindi film. She plays the role of Vikram’s wife and Vedha’s lawyer. Vikram Vedha, directed by Pushkar-Gayatri, also stars Rohit Saraf, Yogita Bihani and Sharib Hashmi in key roles.

Hrithik also has Fighter, starring Deepika Padukone, in the pipeline. The action movie is directed by Siddharth Anand. Fighter is scheduled for release in September 2023.