How to optimize GTA Definitive Edition Trilogy for more FPS 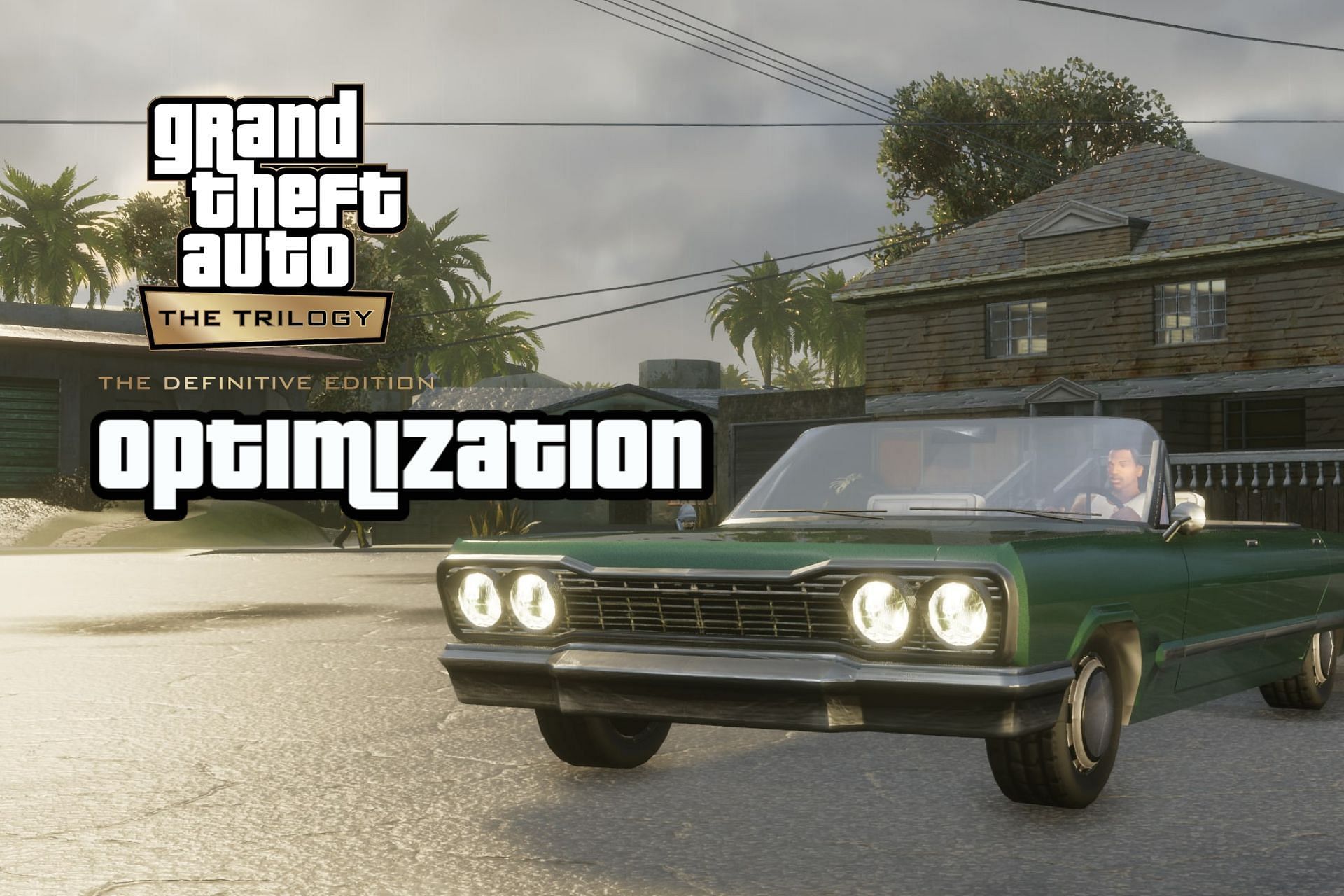 Grand Theft Auto Trilogy was the most recent reintroduction in the GTA series, and things didn’t go well for Rockstar. The game was full of bugs, glitches, and strange effects that drew harsh criticism from fans. It is one of the game company’s most controversial releases to date.

However, GTA fans still love nostalgia. The old-gen Unreal Engine 4 integration caused the three games to crash even on high-end PCs. While PC specs and gaming performance are tied together, everyone prefers some universally optimized settings.

BenchmarKing, a YouTuber, posted a video where they compared the title’s graphics settings side by side and suggested the best optimized settings for a smooth gaming experience. They used GTA San Andreas as an example, as other games can be optimized with similar settings.

According to the YouTuber, the anisotropic filtering settings do not affect the game’s visuals. Players can keep any option between 2x and 16x and still get the same graphics. Likewise, the texture quality is broken, as it does nothing but make things seem far away in ultra settings. In addition, the depth of field setting makes no sense at all.

BenchmarkKing also claims that the Graphics Quality setting is misnamed as it only affects the light quality in GTA Trilogy. The four options available have a significant impact on performance, especially at night. Ergo, the user recommends to leave it in the medium settings.

The anti-aliasing filter has four settings: off, FXAA+, TAA, and TAA+. These options significantly improve image quality while having little impact on performance. Gamers can keep it on TAA+ for enhanced visuals in games.

Distance scaling affects the level of detail in the surrounding objects as you move. This option also affects spawning random items and particles. As the quality increases, more details and objects in the environment will spawn. It has a minor impact on the game’s performance and players can choose any setting between Far and Ultra.

GTA Trilogy offers four different options for Reflections. However, each has a significant impact on the performance of the game without offering much improvisation. Players should stick to the Screen or Planner Low options to get the most out of the game without compromising many framerates. Likewise, Reflection Quality should be kept medium for the reasons mentioned above.

It is recommended to use the Volumetric option for Clouds, Low for City Glow, Medium or High for World Shadow Quality and SSAO for ambient occlusion. These tweaks are minor, but have a significant impact on the game’s performance. Players can also enable Bloom and Lens Flare for enhanced visuals. Motion Blur is also a personal preference that can be turned on or off.

However, one viewer disagreed with some of the suggested settings, such as Blooms and Shadows, explaining the reasons.

In general, the compatibility of GTA Trilogy depends entirely on the game platform. Gamers can adjust the suggested parameters and improve the experience themselves.