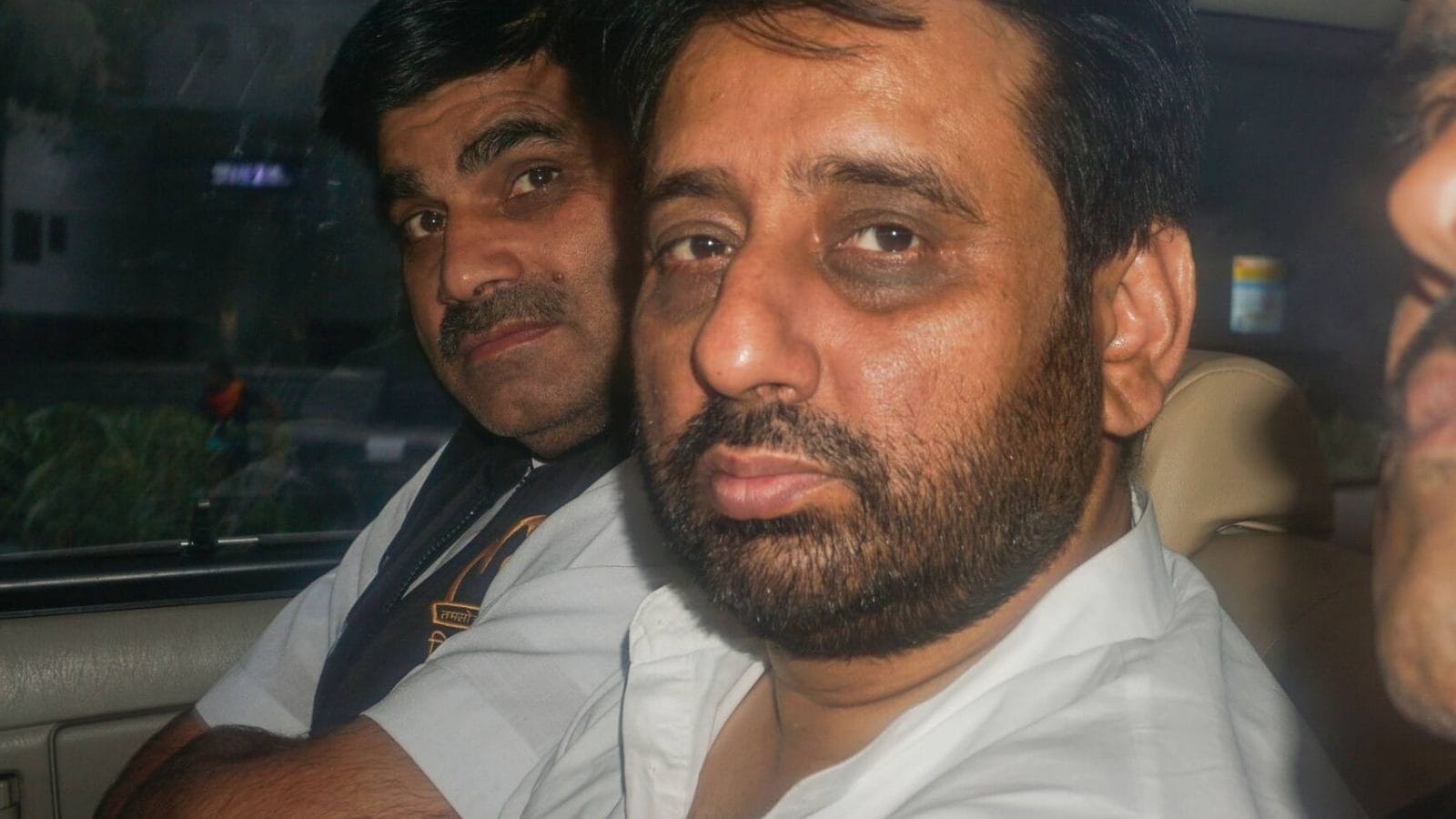 The anti-corruption agency is likely to investigate a “money trail” in connection with the alleged irregularities in the Delhi Waqf Board’s recruitment, for which Delhi’s AAP MLA Amanatullah Khan was arrested on Sept. 16.

The controversial lawmaker was sent to police for four days on Saturday, while police are now looking for one of his closest aides, identified as Kaushar Imam Siddique, aka Laddan. The man went missing after an ACB team seized a country-made gun and Rs 12 lakh from his flat in Joga Bai Extension in Jamia Nagar.

The anti-corruption service has also seized a red diary from Laddan’s home, which is said to be crucial piece of evidence. According to the ACB, the spectrum of the investigation can now be broadened, as links have been found between transactions with states such as Telangana, Bihar, Uttarakhand and Gujarat.

How it all started

It all started when the ACB issued a notice to Okhla MLA Amanatullah Khan on Sept. 15, asking him to participate in the investigation into a two-year-old case against him over alleged irregularities in the Delhi Waqf Board’s recruitment. . In January 2020, an FIR was filed alleging that Khan, as chairman of the Delhi Waqf Board, had recruited 32 workers on a contract basis in violation of rules and regulations. It was also alleged that Waqf properties amounting to Rs 100 crore had been released to unauthorized persons.

Khan was called for questioning and reached the ACB office a little later than the scheduled time around 3 p.m., citing Friday prayers. He was grilled for over five hours and finally arrested around 8:30 pm.

Why Amanatullah Was Arrested

Madhur Verma, additional police commissioner to head the Delhi ACB, said: “The Delhi ACB has arrested MLA Amanatullah Khan on the basis of incriminating material and evidence against him and of the recovery during house searches.”

The interrogation had significantly less to do with Khan’s arrest, but what happened simultaneously in South Delhi was responsible for this development, a Delhi police official said on condition of anonymity.

The roles of his closest associates, the arrested Hamid Ali and the absconded Laddan, are yet to be determined. Raids on properties related to them resulted in the seizure of two weapons, including an unlicensed semi-automatic Beretta, and Rs 24 lakh. According to the ACB, some crucial documents related to Khan were also seized during these raids, leading to his arrest and the filing of three separate FIRs.

Khan denied all charges against him, saying this was an attempt to “slander” the AAP. “They are trying to defame the AAP. Nothing has been found from my house and I cannot take guarantees from others,” Khan said as he was taken to court.

However, the ACB turned it around and used the same grounds while demanding a 14-day pre-trial detention. “Yeh bade smart hai, kuch bhi apne ghar pe nahi rakhte (he is very smart, he does not keep anything in his own house),” the ACB lawyer told the special court.

The statement of the arrested Ali was Also read in court, where he is said to have accepted to handle Khan’s financial affairs. “…Khan had asked me to keep the ammunition, which had to be used at the ‘right time’,” said the statement issued by Ali, according to the ACB.

However, Laddan is on the run. Police are looking for him as they have also seized two diaries from his property, which are said to be essential to the case.

The role of the red diary

An ACB official said they found two diaries from Laddan’s apartment. “One red diary has a lot to explore. There are submissions of crores of rupees, and that too in the name of Amanatullah Khan,” the official said.

The agency anticipates a money trail based on these listings associated with Khan, who has connections to states such as Telangana, Gujarat, Bihar and Uttarakhand. At the same time, there are indications that this also has something to do with Dubai. There is a “suspicious” entry of Rs 5 crore in the diary in the name of Amanatullah Khan, News18 has learned.

Sources at the ACB said checkbooks from Ali were also seized, along with several other documents pointing to corruption. However, the agency needs to dig deeper and officials want to investigate the matter with not just the angle of corruption, sources added.

“The four-day police detention will not be enough, especially if Laddan goes into hiding,” an ACB officer said on condition of anonymity. “We expect Laddan to have some weapons in his possession. Also, he is aware of the whereabouts of cash transactions in this case,” the officer added.

One of the three FIRs registered in the case concerns an ACP officer who is being mistreated by Khan’s alleged aides. The video of the incident was played in the courtroom. Developments were against Khan, even as four more people were detained on Sunday.

Laddan’s arrest will close the gaps in the story, the officers said. They added that there were theories that he could be in Telangana. Officials are confident they have information about his location, and he will be arrested shortly.

The agency doesn’t just focus on the first allegations, but looks from different angles. The allegation that the Delhi Waqf Board’s properties are illegally leased to unauthorized persons is a key point in the investigation.