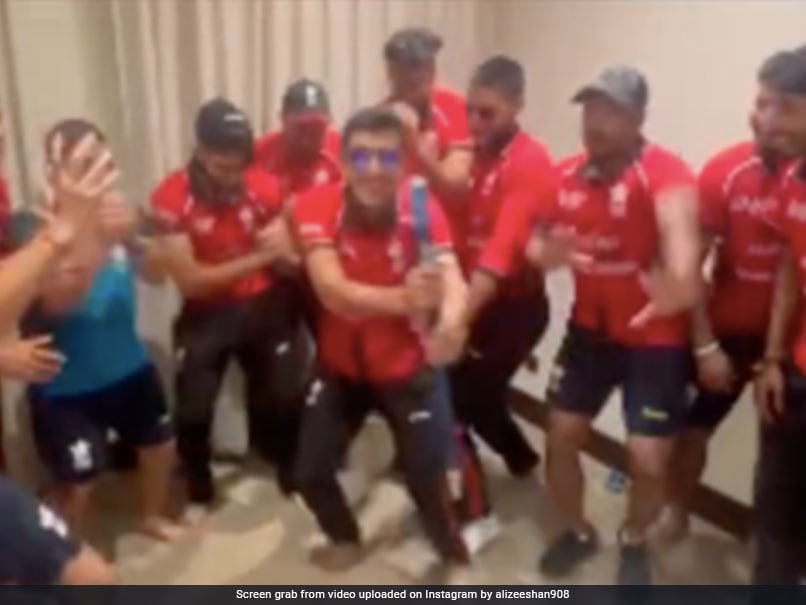 Hong Kong qualified for the 2022 Asian Cup with a comprehensive eight-wicket victory over the United Arab Emirates earlier this week. Hong Kong joins seven-time champions India and Pakistan in Group A. They will face India on August 31 and Pakistan on September 2. After the match, Hong Kong players got to dance to the hit song ‘Kala Chashma’ from the movie ‘Baar Baar Dekho’. Wicket-keeper batter Zeeshan Ali shared the video, which has gone viral on social media.

Earlier this year, a group of dancers and movement directors from a Norwegian group called ‘Quick Style’ went viral as they tapped their feet to the beats of the popular party song ‘Kala Chashma’ at a wedding. The group put on a high-octane performance, brimming with animated expressions and streamlined movements, the clip shows.

Earlier this month, the Indian team had also mimicked the Norwegian group’s dance, following their win in the ODI series over Zimbabwe.

In his press release after the match, Hong Kong captain Nizakat Khat said he was delighted to qualify and thanked their cricket board for all their support.

“I have no words to describe how I feel. I want to thank Hong Cricket for all their support. Our process was the same, we knew we had to win all three matches to qualify for the Asian Cup and we did. done.” We took it game by game and the boys fought back very well. This is a big tournament to showcase our talent, and this is a great opportunity for everyone in this squad,” Nizakat said.