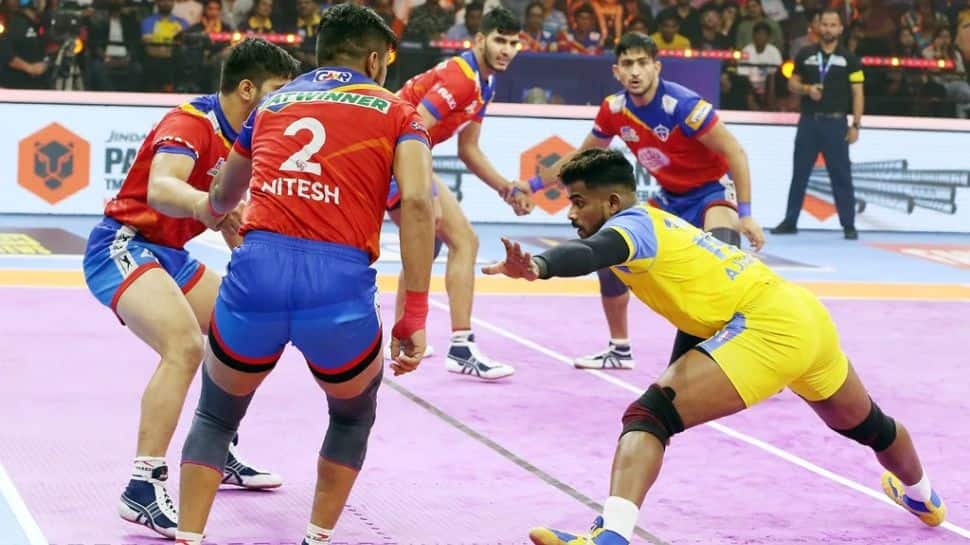 UP Yoddhas finished in fourth place in the league stage with 12 wins, 8 losses and 2 draws. Since joining the league, they have never failed to make the playoffs. UP Yoddhas faced Tamil Thalaivas twice in Season 9 losing one match and winning the other. With 208 attack points, Captain Pardeep Narwal has led the way for the Yoddhas. Along with Rohit Tomar, Surender Gill also made a major contribution with 132 raid points. Sumit and Ashu Singh have amassed 49 and 47 tackle points in defense respectively. Nitesh Kumar (32) and Gurdeep (35) both contributed very useful tackle points.

By finishing the league stage in fifth place, on the other hand, the Tamil Thalaivas had a season to remember and made the playoffs for the first time in their history. With 220 raid points during this campaign, Narender was their best raider. Ajinkya Pawar, who has 114 attack points, helped him during the attack. Himanshu Singh also stood out with 45 raid points. With 53 and 51 tackle points each, Sagar and Sahil Gulia were the defensive backbone of the Thalaivas. M. Abishek (38 tackle points), Mohit (28 tackle points) and Himanshu (26 tackle points), among others, have all contributed to the defense.

UP Yoddhas vs Tamil Thalaivas head to head